The Atlantic Sunrise has been operating for months but its owners just won an academic case in Federal court that was orchestrated by the Sierra Club, which was trying to use the Atlantic Sunrise as leverage to stop future oil and gas development. The decision, which came from the D.C. District Court of Appeals (second-most important court in the land) was important on its merits, but the identity of defeated petitioners may be what was most interesting. 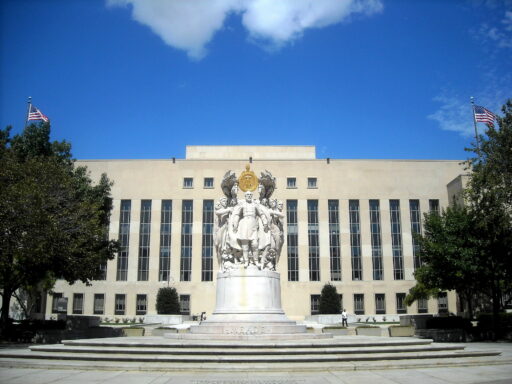 The opinion in Allegheny Defense Project, et al v. FERC came from a three-judge panel of the D.C. District Court of Appeals and handed the Atlantic Sunrise (part of Williams’ Transco system) a full victory. Much of the challenge raised by a collection of environmental associations and homeowners as well as the opinion itself dealt with the adequacy of the FERC process and, specifically, the environmental assessment of the project. The important decisions, though, came at the end with this (citations deleted and emphasis added):

Finally, the Environmental Associations and Homeowners argue that the Commission’s authorization for construction to go forward while their rehearing petitions were still pending—and thus before the Commission’s decision was final and judicially reviewable—denied them due process. Circuit precedent forecloses their claims.

A due-process claim turns on two essential inquiries. First, is there a “liberty or property interest of which a person has been deprived”? Second, were the “procedures followed” by the government in encroaching on those interests “constitutionally sufficient”?

The Environmental Associations run into trouble on the first prong of that test. They assert that liberty and property interests were bestowed upon them by the Pennsylvania Constitution’s Environmental Rights Amendment and the Natural Gas Act’s review procedures. This court has already rejected those claims, and those decisions control here.

The Homeowners, for their part, lose on the second prong of the due-process analysis. They argue that the Commission’s delay in acting on their rehearing petitions while authorizing construction to start “denied [them] the right to be heard on whether Transco’s taking of their property actually satisfies the public use requirement of the Fifth Amendment.” Petitioners’ Opening Br. 47.

But, again, circuit precedent says otherwise. We have held that, as long as FERC’s public-convenience-and-necessity determination is not legally deficient, it necessarily satisfies the Fifth Amendment’s public-use requirement. The Homeowners make no claim that they were deprived of a meaningful opportunity to be heard as part of the Commission’s proceedings leading up to its issuance of the Certificate Order….

Yet another attempt to manipulate and stretch the meaning of the Pennsylvania Constitution’s Environmental Rights Amendment has been rejected by the courts, despite the massive effort of the Delaware PovertyKeeper and its gentry class enablers to turn it into a handy “Thou Shalt Not” environmental weapon. And, the court has don’t think your argument over just compensation for your tiny piece of land is somehow an adequate excuse to stop an entire project already certified as necessary public infrastructure. Just compensation doesn’t mean one gets to “just say no.”

The reference to the Environmental Rights Amendment in the challenge made by Allegheny Defense Project, et al is the first clue this case was being pursued by the usual suspects under the cover of a laundry list of environmental associations and aggrieved homeowners. The second clue comes from the fact only one or two of the petitioners listed here had the money to pursue this case in court. They included the following:

The Allegheny Defense Project hasn’t filed a 990 return in a decade or so. Most of the others also have no money to speak of. Only the Clean Air Council and Sierra Club have the moolah required to sue and take a case to a Federal Court of Appeals. Interestingly enough, they are both majorly funded by the Heinz Endowments and the William Penn Foundation, who also fund StateImpactPa, PennFuture, the Delaware PovertyKeeper and every other major fractivist initiative in Pennsylvania and environs. That’s why the Environmental Rights Amendment got pushed; because it has been key to PovertyKeeper’s (and funders’) strategy for some time.

Whether the Clean Air Council was actively involved is not clear but we’re also told upfront “Elizabeth F. Benson argued the cause for petitioners Allegheny Defense Project, et al.” She is a Sierra cLub attorney. Therefore, we can be fairly certain it is the Sierra Club that was the ringleader, organizer and conductor of this charade. How is it that such an organization gets such undue influence over our public infrastructure? Well, the answer is also upfront. It is “members live and work in the areas affected by the Project.” Yes, folks, that’s all it takes. Claim you have members in the area and you’re in the courthouse door. And, if you got Heinz and William Penn Foundation money behind you, that’s all it takes to wreck havoc.

Fortunately, not this time, though.