The oil and gas industry in Pennsylvania has meant many things to many people.  We all see how it’s impacting our state’s economy, but until recently our company was watching from afar and didn’t foresee how it would impact our small business. Just in the last year, however, this economic boom has reached our doorstep, doubled our workforce, and given us every confidence that KCF will become a positive force for Central PA’s economy.

Our story is not the stuff of the big headlines documenting the day-in-day-out development of the oil and gas boom, but it is exemplary of the ripple effect a thriving industry can have on other businesses and communities. It’s a story worth telling.

Fourteen years ago, KCF Industries grew out of the work I was doing at Penn State University with Professor Gary Koopmann. Gary and I saw that so many of the brilliant ideas that come out of Penn State die before they become profitable businesses because people aren’t sure how to sell their ideas. Over the years, our KCF team has become especially adept at doing that, and we specialize in bridging that “idea to concept” obstacle. 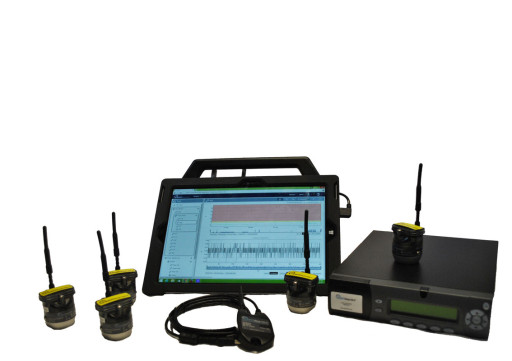 The most significant opportunity we see today is the ability to “give machines a voice”. Every machine with a moving part broadcasts its health through its vibration levels, and KCF designed a way for industries to listen in on these vibrations and know when a machine is going to fail before it actually does. Companies that can catch machine failures before they occur have huge advantages related to uptime, safety, and profitability. (In fact, the US Dept. of Energy says our country’s inability to catch machine failures costs our economy at least $2.5 trillion every year!)

Our technology, SmartDiagnostics, is a continuous wireless vibration monitoring system, which solves this problem. Essentially, we embed wireless sensors in machines and monitor them, allowing operators to proactively head off problems before they start. 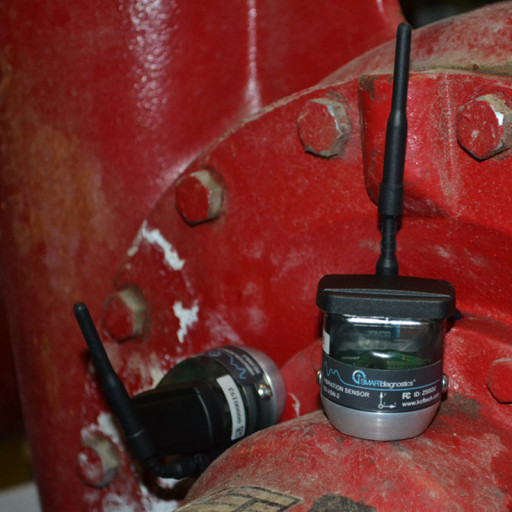 SmartDiagnostics originated as a project for the U.S Military, which needed a product that world had not yet seen: rugged, waterproof, wireless sensors they could use on everything from Black Hawk helicopters to prosthetic limbs for wounded warriors. Designing this project for the military was a great start for this technology, but applying it to the oil and gas industry is what will fuel our company’s future.

Fast forward to present day, and we’ve discovered that the #1 barrier to growing sales is change.  Moving from a reactive mindset to a proactive one means disrupting the maintenance methods industries have been using for decades.  But here’s something else we’ve discovered: Of all the industries to which we’ve pitched this new technology, it’s the oil and gas industry we’ve found most willing to listen, most open to a new idea, and most interested in new technologies.

Having the ability to continually look in on well sites and pressure pumps first and foremost supports safety, but it also prevents failures that could have environmental impacts, avoids downtime, and minimizes disruption to operations. Taking away the unknown and guesswork adds up to cost savings and quite literally save lives.

Their openness to explore new ways to solve old problems is refreshing. Their willingness to change habits and try something new is good news for businesses and communities willing to travel the journey with them.

For our company, the oil and gas opportunity means quadrupling our staff in 2015.  Engineers, technicians, support staff, and others will all be joining our team as we continue to monitor and support these ever-improving well sites.

As we continue to grow, we can’t help but feel a sense of pride in the success of the business. We are also amazed by how that success is helping our employees plant their roots, find their homes, and raise their families. Hearing their personal stories around the office and labs is just as exciting as realizing that our start-up R&D company has turned the corner from concept to commercial viability.

KCF’s business depends upon open-minded, forward thinking people who embrace new concepts and are willing to try something new. We’re grateful that the oil and gas business fits that mold, and we’re glad to be a small business helping this industry become world class in the areas of safety, efficiency, and excellence.