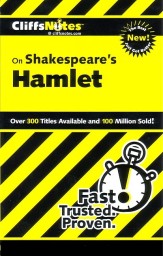 The New York State Department of Environmental Conservation’s Findings Statement is chock-a-block full of the same non-specific sub-technical language that we’ve all read lo the past seven years. You know, words like “increased natural gas development could extend the use of fossil fuels, or delay the necessary deployment of clean energy” (this is on page 3) and “The Department recognizes that energy created from natural gas has had a relatively beneficial environmental impact in reducing the amount of energy derived from oil and coal-based sources (also on page 3).

And, for sure, New Yorkers would not like the fact that, in addition to “direct impacts from each phase of well development, the authorization of high-volume hydraulic fracturing would also induce growth in the natural gas industry” (page 9). This is because “This growth would in turn generate the construction of natural gas pipelines, gathering lines, compressor stations and other associated infrastructure beyond the well pad” and this might actually provide New Yorkers with energy they need and lead to spikes of employment, revenue generation for local companies, and taxable opportunities for New York itself.

Every once in a while, the language becomes more absolute, more declarative. This has me wondering: how did the authors decide when to grow a set and take a strong stance vs. hiding behind coulds, mays, and what ifs?  Consider this: “High-volume hydraulic fracturing would have negative socioeconomic and community character impacts. For example, some of the negative impacts associated with high-volume hydraulic fracturing operations, including increased traffic, noise, and visual impacts, may adversely affect visitors’ experience of certain traditional tourist destinations. As a result, tourist destination enterprises that are more geared to traditional tourists may experience a loss in visitors, sales, and employment.”

In other words, the “closed” and “for sale” signs along Main Street in Windsor are OK because there aren’t enough tourists there to see them.  So glad our state is sensitive to the needs of the $10 an hour seasonal workforce. The average mean wage for a pipefitter in our state is a family-sustaining $71,000: where’s the concern for this sector’s local livelihood?

Concerns for our public health begin on page 24. Here the Department of Health “recognizing the current uncertainty and identified risk with respect to the correlation between high-volume hydraulic fracturing and public health impacts, found that there are continuing and unfinished studies to amass more scientific information to better understand likely public health risks and outcomes.” Forgive me, but folks in Pennsylvania look pretty darn healthy to me. And, they have jobs, too.

Page 24 of this tome expressed concern for special places, like our parks and public lands. Hey, I care a lot about these places, too. But every so often, I have to travel on Main Street in Amherst, NY, a town that recently banned hydraulic fracturing for natural gas in the town (news flash folks of Amherst: it never would have happen there anyway). There are plenty of historic settings and even a few parks out that way, but the four-lanes of bumper-to-bumper vehicular traffic belching all kinds of emissions is considered a badge of honor and not a deterrent to a green and healthy lifestyle by those who chose to live there. 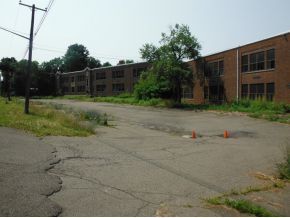 Abandoned Upstate School – No Kids, No Future, No Attention in the DEC Findings Statement

Pipelines have their moment beginning on page 26, and here comes the non-specific language again: “The construction of natural gas pipelines, compressor stations and other associated infrastructure has the potential to create adverse impacts to state-owned lands, freshwater wetlands, forests and other habitat due to fragmentation, streams where pipelines cross, air resources (from compressor stations), visual resources, agricultural lands, and threatened and endangered species, and to contribute to the spread of invasive species.”  The world beneath our feet has more going on than natural gas pipelines: where’s the concern for other subterranean infrastructures that could pose the same threats?

Cumulative Impacts are mentioned on page 29. In brief, Mae West was wrong when she said “too much of a good thing can be wonderful.”  The vague language persists with more coulds and mights. Once again, an eye to Pennsylvania – particularly Bradford County, the most drilled county in the Keystone state – proves that prosperity in excessive just means more prosperity.

Concern for Water Resources is addressed on Page 30. I’m no expert, but aren’t there already stringent regulations already in place for redundant layers of casing strings, mediation procedures, and penalties if operators are found in violation? Also I’m told that operators have drilled into the Jamestown aquifer for years with no harm to that city’s water. Natalie Merchant, this is what you drank growing up. Aside from not having a real hit song in years, you’re just fine.

By page 33, the concern from all those nasty chemicals rears its head: in brief, www.fracfocus.org. 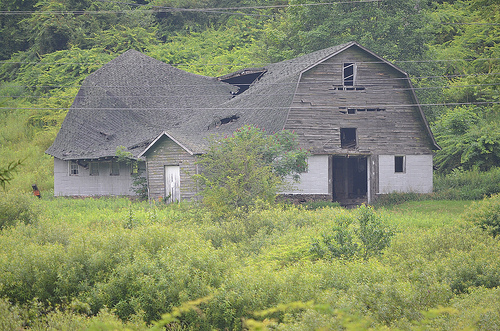 Another Feature of Upstate NY Neglected by the DEC Findings Statement

The actual Findings portion of the document begins on page 34: hydraulic fracturing here is called “one of the most unique and environmentally-challenging activities confronting New York State.” Here the DEC basically says its previous stringent regulations weren’t adequate anyway, so No Action is the only alternative.  It mentions the unpredictability of earthquakes and the inability to detect faultlines or anticipate problems with any certainty. Well, if New Yorkers think they can predict earthquakes, why haven’t you told California? There’s also concerns expressed for the ozone over New York City, as drilling emissions in the Southern Tier would drift downstate to the Big Apple and make its air even chunkier. Natural gas has actually helped NYC’s air quality as heavier #6 heating oil is no longer the fuel of choice for many of the larger buildings there.

By page 39 the bottom line is the bottom line. The restrictions imposed by the Dryden and Middlefield decisions would raise the cost of doing business here for most operators, which in turn makes New York a less friendly place to do business with any sort of real economic return.

And, then there’s this: “In addition to the diminished economic benefits to the private sector from high-volume hydraulic fracturing, there would be substantial administrative and technical oversight costs to the Department, other state agencies, and local municipal entities associated with ensuring compliance with implementation of stringent mitigation measures.” 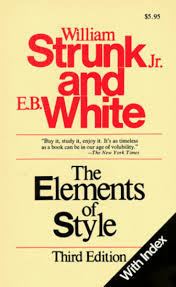 That’s the real reason: it would cost New York too much money across several departments and bureaucratic layers to allow industry to develop here.

Page 41 actually attempts to invoke “the unavoidable adverse environmental impacts and uncertainty regarding the science surrounding high-volume hydraulic fracturing and its potential impacts to public health and the environment” to decree that “ the Department finds that the best course of action is to select the No Action alternative.”

There is a conclusion, beginning on Page 42. Egregious misuse of the word “over” notwithstanding (was it too expensive to pick up a copy of Strunk and White’s Elements of Style to recall that – when referring to numbers in quantity – the proper words are “more than”?), the authors tell us that the process to make these conclusions was exhausting.

Bear in mind, I’m not a scientist or a lawyer. I can’t read the signs as well as most folks. But, I can recognize why so many businesses, farmers, and families in New York State supported natural gas drilling for the myriad of benefits it could have brought to the Empire State, and for these people and enterprises, this all makes me very, very sad.