Our readers pass along a lot of stuff every week about natural gas, fractivist antics, emissions, renewables, and other news relating to energy. As usual, emphasis is added.

No New Natural Gas for Westchester Until 2023, Huh?

And, this was prior to Andrew Cuomo denying water quality certification to the Northeast Supply Enhancement project:

Last week, Con Ed announced that it had reached an agreement with a gas pipeline company that currently provides natural gas to lower Westchester County, to increase the capacity of the line, which offered a ray of hope for our increasingly energy-starved region.

But that agreement will not be ready until the end of 2023. The Business Council of Westchester questioned the four-year delay…

“Unfortunately, this potential increase to the available supply requires its own set of approvals,” said the BCW. “Con Edison characterized it this way: ‘The incremental capacity could be placed in service by November 2023.”’That’s 4 ½ years, if the approval goes smoothly, and at least 4 ½ years more of the moratorium on new gas hookups in most of Westchester. 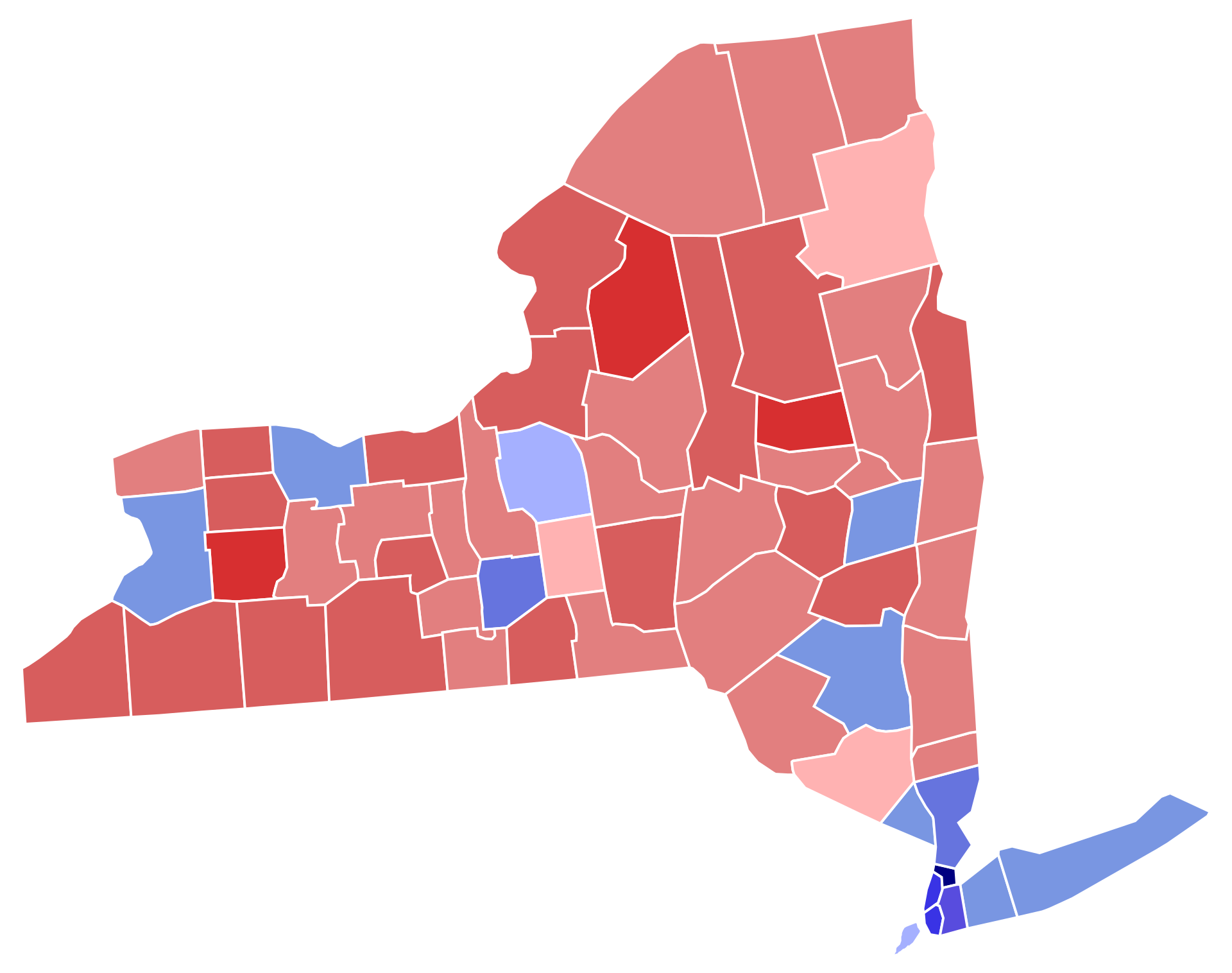 Westchester County voted 66.9% for Andrew Corrupcrat Cuomo in 2018. Is it now reaping what it sowed?

“We applaud Con Edison for this initiative and other actions the company is exploring to alleviate the crisis. However, the underlying energy shortage remains a serious issue that is already taking a toll and will continue to loom over the region and threaten our economic viability. That’s why the BCW back in March formed the BCW Gas Moratorium Task Force, a cross-section of developers, business leaders of small, mid-sized and large companies, as well as planners and affordable housing advocates to propose solutions. New York State and others are calling for a shift to renewable energy sources. While this is a laudable goal, the realities are that implementation of virtually any of the technologies now being discussed are not going to be sufficient to meet the region’s energy demand.

Westchester County gave 66.9% of its vote last November. It’s hard to feel sorry for them , isn’t it?

Alexandria Ocasio-Cortez wants to tell everyone what to do, it seems:

“Until you do it, I’m the boss,” said Alexandria Ocasio-Cortez, the socialist congresswoman from the Bronx, responding to critics of her Green New Deal in February. Later that night, the freshman congresswoman doubled down on her comment, tweeting that people who “don’t like the #GreenNewDeal” should “come up with your own ambitious, on-scale proposal to address the global climate crisis. Until then, we’re in charge—and you’re just shouting from the cheap seats.“ 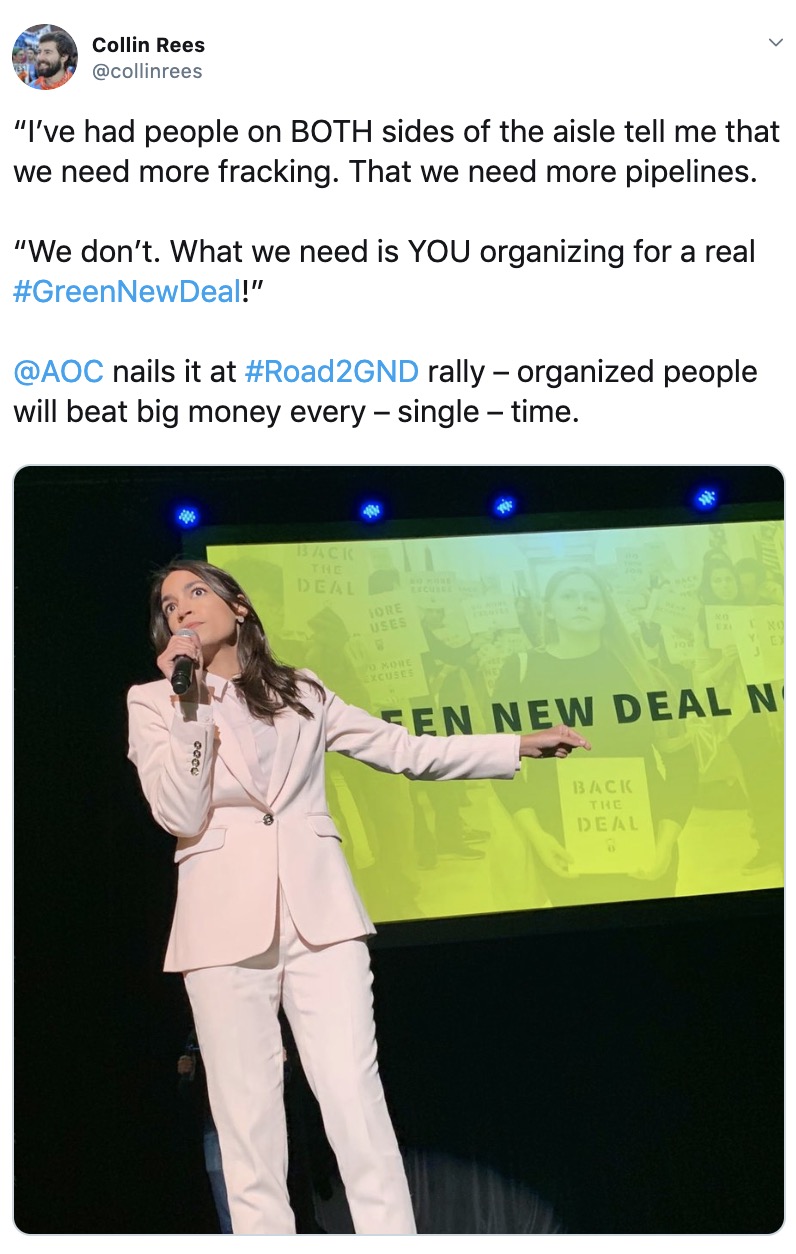 Sadly, this is the sort on nonsense that elected AOC; that and the fact most voters stayed home.

Much has rightly been made of the Green New Deal’s fuzzy-headed utopianism and its impossible goal of reducing U.S. greenhouse gas emissions to net-zero in 10 years. But we should also pay close attention to the plan’s authoritarian impulses…

If proponents of the Green New Deal are serious—and there’s no reason to doubt them—then they’re proposing a return to a militaristic America where Uncle Sam’s heavy hand intervenes in all aspects of life, curtailing individual freedom in pursuit of their collectivist goals…

When she says “I’m the boss,” pay attention. She’s describing America under a Green New Deal: a place where you’ll do as you’re told.

How did this wacko get elected? Because no one else came out to vote it seems.

So, It’s OK to Export Solar Panels, But Not Gas?

The SolarCity fiasco continues but the hypocrisy is entertaining:

The “great majority” of solar cells being produced at Tesla Inc’s factory in upstate New York are being sold overseas instead of being used in the company’s trademark “Solar Roof” as originally intended, according to documents reviewed by Reuters.

The exporting underscores the depth of Tesla’s troubles in the U.S. solar business, which the electric car maker entered in 2016 with its controversial $2.6 billion purchase of SolarCity.

Tesla has only sporadically purchased solar cells produced by its partner in the factory, Panasonic Corp, according to a Buffalo solar factory employee speaking on condition of anonymity. The rest are going largely to foreign buyers, according to a Panasonic letter to U.S. Customs officials reviewed by Reuters.

When the two firms announced the partnership in 2016, the companies said they would collaborate on cell and module production and Tesla would make a long-term commitment to buy the cells from Panasonic. Cells are components that convert the sun’s light into electricity; they are combined to make solar panels.

Tesla planned to use them in its Solar Roof, a system meant to look like normal roof tiles. Tesla Chief Executive Elon Musk billed the product as a cornerstone of the strategy behind the acquisition – selling a low-carbon lifestyle to eco-conscious consumers who could use the power from their Solar Roof to charge their Tesla electric vehicle. 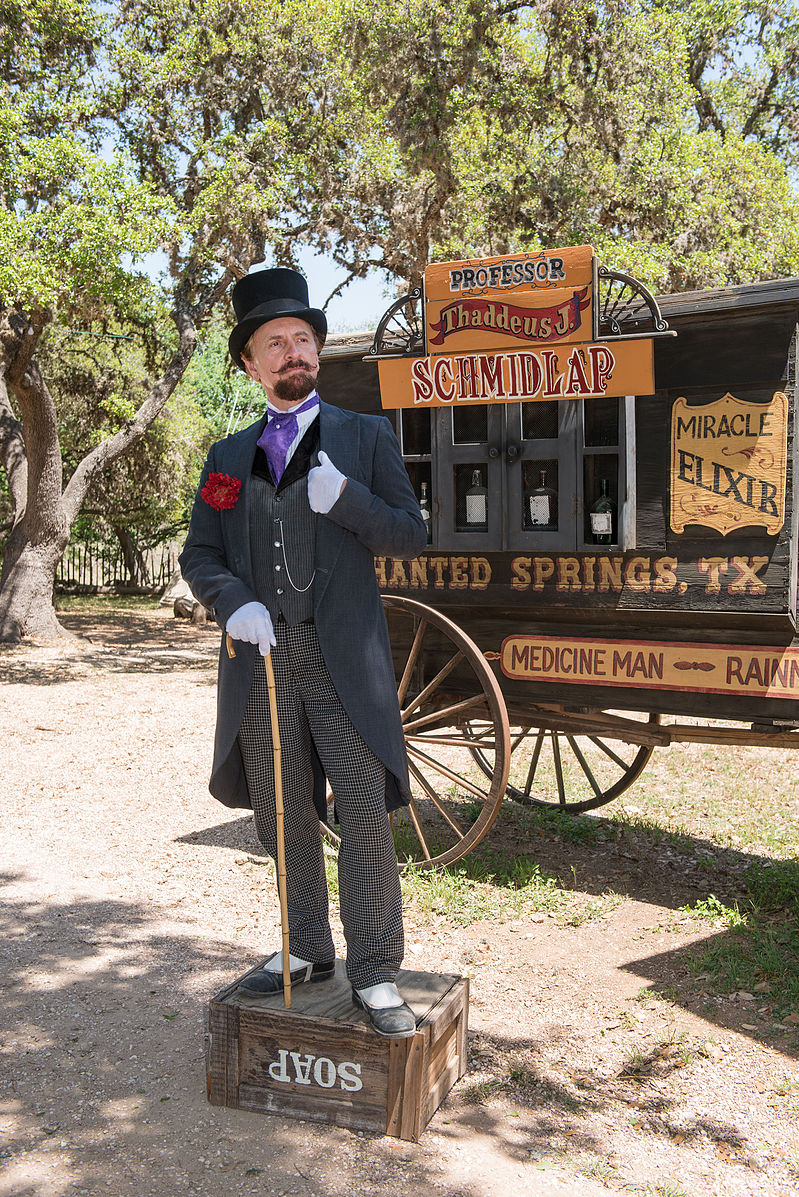 The situation raises new questions about the viability of cash-strapped Tesla’s solar business. Musk once called the deal a “no brainer” – but some investors panned it as a bailout of an affiliated firm at the expense of Tesla shareholders. Before the merger, Musk had served as chairman of SolarCity’s board of directors, and his cousin, Lyndon Rive, was the company’s CEO…

Since Tesla purchased SolarCity in the fourth quarter of 2016, installations have dropped more than 76 percent, according to company financial disclosures…

Panasonic’s move to diversify its solar customers is the latest sign of the company falling out of step with its longtime partner. Panasonic is Tesla’s sole battery supplier for its electric car business, but Musk last month blamed Panasonic for EV production delays. He has also said Tesla was looking for more battery suppliers for its new Shanghai car factory.

Never partner with snake oil salesman Elon Musk. Has no one learned that yet? Well, certainly not New York State or Panasonic.