The Mariner East pipeline is still being attacked by Southeast PA legislators determined to undermine this important project for the sake of political gain.

A small group of mostly southeastern Pennsylvania pipeline opponents came to Harrisburg today to urge Gov. Tom Wolf to halt construction of the legally permitted Mariner East 2 pipeline and essentially shut down the operation of the entire Mariner East network. This is the second capital visit by the opponents, whose call for a similar moratorium failed in March 2018. 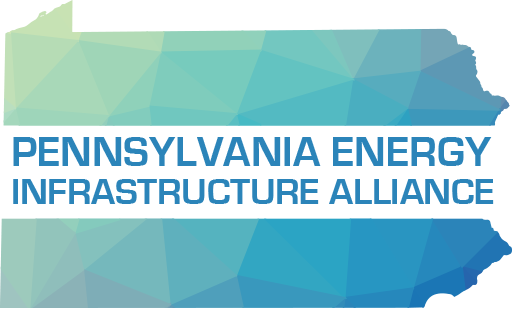 The Pennsylvania Energy Infrastructure Alliance is a multi-faceted, broad-based statewide coalition comprising labor, agriculture, conservation groups, the manufacturing sector, and other industrial and business interests. We have pushed for the safe, responsible development of pipelines and energy infrastructure projects in the commonwealth for four years now.

Mariner East opponents, however, continue to ignore the very inconvenient truth that more than 29,000 formal comments were submitted at five state hearings held across the entire length of the line as part of a review process that stretched more than three years. At every turn, opponents had their voices heard and had their opinions considered. But this is about facts.

And, the facts is: oversight of this project is ongoing and strict, as actions by regulators demonstrate. The project is legally permitted and operated, as courts have ruled repeatedly. And study after study shows pipelines are the safest, most efficient way to transport energy resources.

Stopping this pipeline means eliminating the jobs of the Pennsylvania skilled laborers who are building the project while removing the clear benefits that consumers across the commonwealth will gain through increased access to these energy resources. Energy prices are one of the largest contributors to economic health. As the second-largest producer of natural gas in the country, Pennsylvanians must ensure that these products are transported in a safe, efficient way — and pipelines are the way to do that.

REGULATIONS: Projects like this undergo immense regulatory and public scrutiny, with special conditions for Mariner East that go beyond existing state law requirements, according to the Department of Environmental Protection. DEP spent more than 20,000 hours on project permits and responded to 29,000 comments after a series of statewide public hearings as part of a review process that stretched more than three years. That’s why, according to the department, the “permits are among the most stringent DEP has ever issued for this type of construction activity.”

CONSTRUCTION: Pipelines must adhere to strict state and federal regulation throughout pipeline construction, testing and infrastructure replacement to ensure system integrity. Additionally, the Mariner East 2 pipeline is being constructed by skilled union labor, which requires safety training and high-quality standards of performance for its work.

SAFETY: Study after study shows that pipelines are the safest, most efficient way to transport energy resources. According to data collected by the U.S. Department of Transportation Pipeline and Hazardous Materials Safety Administration, the natural gas delivery system is actually the safest form of energy delivery in the country. The fact is that if this pipeline is halted, this product will be getting to market via trucks and rail that pass through communities like those in Chester and Delaware counties.

RISK ASSESSMENT: In November, Delaware County released the results of its own risk assessment study. Among other findings, the report concludes that living near Mariner East is significantly safer than other common activities. Specifically, it found that “a person is 20 times more likely to die from a traffic accident or fall from stairs and 35 times more likely to die from a house fire than from an incident involving the Mariner East 2 pipeline 24 hours a day, seven days a week.” That report confirmed project safety.

EMERGENCY RESPONSE: The builder of the pipeline annually offers awareness and emergency response training sessions with local responders, officials and excavators across its pipeline system. A supplemental training effort, the Mariner Emergency Responder Outreach (MERO) program, provided responders with additional guidance on hazardous materials and public safety sources. The MERO program has trained 2,350 individuals since 2013 across the pipeline’s entire footprint.

LEGAL CHALLENGES: Courts at every level in Pennsylvania continue to strike down or rule against frivolous lawsuits brought against the project with no other aim other than stalling or halting construction. Most recently, Pennsylvania Commonwealth Court reversed a June 2018 order that resulted from a taxpayer-funded lawsuit brought by Sen. Andy Dinniman, finding the senator lacked either legislative or personal standing to file his complaint. It was just the latest in a string of rulings that favor of the pipeline development project.

ECONOMICS: Nearly 98 percent fully complete now, Mariner East 2 represents one of the biggest economic opportunities Pennsylvania has seen in generations — a $9.1 billion investment that will support over 57,000 jobs and generate an estimated $122 million to the state during construction.

The Pennsylvania Energy Infrastructure Alliance has, for more than four years, advocated for the safe, responsible development of critical infrastructure and we intend to continue doing so. Follow us on Twitter and at Facebook for more information.