American ingenuity and new technology now promises to produce both water and electricity from natural gas with zero CO2 emissions. What will fractivists do?

Good old American ingenuity has done it again. A company in Oklahoma called Newpoint Gas has, using existing technology, developed a process to produce clean water, electricity and hydrogen energy from natural gas–and do it with zero emissions. How cool is that? 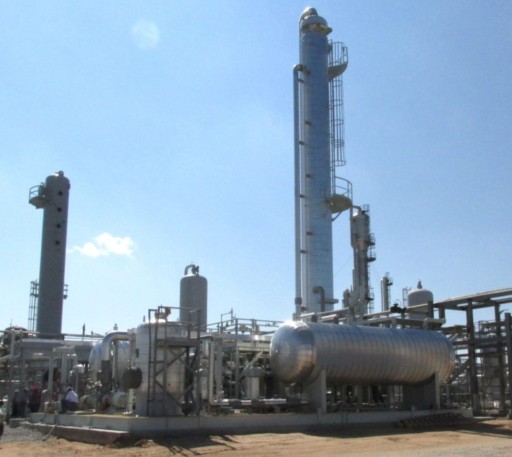 Newpoint says they will unveil their “integrated processes” later this year. Who knew that natural gas could be low, even no-carbon, with respect to emissions?

Newpoint’s innovation exposes anti-fossil fuelers as being guilty of entrenched, irrational thinking. Antis automatically refuse to accept that natural gas can ever be an acceptable fuel source because natural gas is a “fossil fuel.” Yet using natgas has directly led to far lower so-called greenhouse gas (GHG) emissions–even without Newpoint’s cool new technology.

Natgas has done more for the environment than all of the pompous bloviating done by “green” advocates like Al Gore. America, the lone country to reject the Paris accords, is the one country that has lowered GHG emissions more than any other country on the planet. Via the use of natural gas.

And now, Newpoint has even better ways to use natgas:

Newpoint has taken unprecedented action to develop and integrate processes to produce clean water, electricity and a hydrogen energy source from zero-emissions natural gas technologies. Principles of the company are targeting an end to end system demonstration by the close of 2019.

This electric power generator and water production process converts zero-emission natural gas into hydrogen. In this challenging time of global water scarcity and increasing demand for energy, innovative technology utilizes the world’s abundant supply of responsibly produced and transported natural gas as a low-carbon energy source. Newpoint’s approach converts methane and other gaseous hydrocarbons into hydrogen. The carbon dioxide produced is sequestered and/or used in manufacturing which is why this hydrogen source is referred to as blue hydrogen. Newpoint is committed to the implementation of this sustainable technology on an economically and environmentally full system basis.

The first stage concentrates oxygen (O2) by separating nitrogen (N2) from atmospheric air through an Air Separation Unit (ASU). The nitrogen can also be sold as a byproduct. Concentrating the oxygen reduces the volume of exhaust gas that must be treated through later stages of the process. The purified oxygen is added to the natural gas stream and injected along with steam into a syngas reformer. The combination of oxygen and natural gas is converted to hydrogen (H2), carbon dioxide (CO2), and water vapor. Excess heat produced by the syngas reformer is utilized to generate power while the H2, CO2, and water vapor enter a hydrogen purification system.

The hydrogen purification unit separates the H2 from the CO2 and water. The CO2 is sent to a compressor and is ultimately sequestered and/or used in manufacturing. The purified hydrogen is sent to a power generator, combined with air to generate electricity. The H2 and air exhaust is cooled to approximately 100°F (38°C), condensing the water created from the combustion.

In addition to water production and electrical generation, Newpoint’s system is designed to supply an optional source of blue hydrogen that can be used as fuel for cars, trucks and other transport modes. This optional fuel source adds additional environmental value by eliminating emissions (CO2, VOCs, etc.) from vehicle transportation further contributing to a low-carbon economy.

“Newpoint’s focus since 2015 has been on the environmental and social impact of oil and gas. We overcame challenges with inventive action in developing technologies for Zero Emission Oil & Gas production and Blue Hydrogen that target immediate change. Now our attention is on implementation,” states Newpoint’s founder and CEO Wiley Rhodes.

Water, electricity, and hydrogen are produced while contributing to a low-carbon economy. As the scarcity of clean water rises with the demand for earth-friendly energy sources, Newpoint’s precedent-setting innovations will be scaled to meet demand.

Editor’s Note: So, once again, we are forced to ask “What will fractivists do?”