New York isn’t Oz and Gov. Cuomo is no wizard.  However, the unending delay game with which he is punishing upstate makes him look like the cowardly lion.

New York’s tortured decision-making on shale drilling stands alone among the 32 states with the ability to commercially develop natural gas from shale rock. Despite a consensus of academic studies, a wealth of experience and recent statements from the heads of the Energy Department, Interior Department and the EPA that focus on the science to conclude that hydraulic fracturing has been and can continue to be conducted safely, the process is still banned in New York.

Given the governor’s penchant for Hollywood-style theatrics rather than real science, an analogy to “The Wizard of Oz” seems appropriate.  Our story opens with Dorothy dreaming in depression-era Kansas (with a striking semblance to current day upstate) of a better life over the rainbow, presumably with more yogurt farms and casinos to rescue a reeling upstate economy.

Along the way, she meets the Tin Man, who some would suggest could be our governor because he seems to lack any “heart” for upstate and the devastating economic impact of indecision. His supporters might suggest he is more like the Scarecrow because of his “brain” and his stated purpose in allowing science not politics and hysteria to dictate the decision-making process. 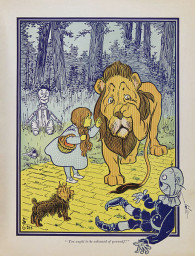 Others would suggest that Governor Cuomo is closer to the Cowardly Lion because of his lack of courage in making a firm decision. He has ignored the stellar safety record of the oil and gas industry in this state, because drilling is unpopular with the more extreme elements of his political base, ironically portrayed as the green-faced Wicked Witch of the West.

In the closing scene Oz is revealed as a subterfuge–like the role of the Health Commissioner–and the characters are told to pay no attention to the man behind the curtain, who is actually manipulating everything including the image of Oz.  Our governor’s role in controlling every aspect of the debate over natural gas development in this state is abundantly clear, no matter how much he may choose to hide behind the image of a health review.

If science, rather than the governor’s presidential aspirations were the driving influence, New York would have safe natural gas development, regulated by the NYDEC, and Norse Energy would not have been forced to shut its doors.  A true leader would stand up to the extreme elements of his political base, focusing on the needs of his fellow New Yorkers, most of whom depend on natural gas to meet their daily needs, and who benefit environmentally as natural gas displaces coal in electric generation. 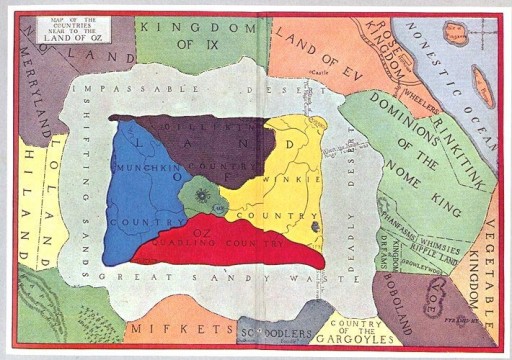 Land of Oz – Is this Upstate New York?

Unfortunately, the consequence of Governor Cuomo’s indecision is not some Hollywood fantasy.  The lost jobs and commerce are quite real and the impact is being felt throughout New York, particularly upstate.

Note: S. Dennis Holbrook is a Director of the Independent Oil & Gas Association of New York and was Executive Vice President and Chief Legal Officer of Norse Energy, which ceased operations last month.  He resides at 77 Walnut Street, East Aurora, NY and can be reached at sdennisholbrook@gmail.com, 716 713-2489.

5 thoughts on “Gov. Cuomo Treats Upstate Like Oz, But Is No Wizard”