There is a new Pennsylvania, thanks to shale gas and good men like Mike Krancer who had the vision to see shale gas development is environmental betterment.

Pennsylvania was lucky to have Mike Krancer as DEP Secretary…damned lucky.

It’s rare to find practical visionaries, especially in government, but Pennsylvania is riding a wave of economic development from shale gas that’s only beginning to take form. A large part of the credit goes to the far-sighted, yet realistic, guy who lead the Commonwealth’s Department of Environmental Protection for two years, Mike Krancer.  Now back in private practice with Blank Rome, a long-established and well-connected Pennsylvania law firm, Krancer led a one-day conference yesterday in Harrisburg on the subject of environmental issues surrounding mid-stream and downstream development of natural gas.  The issues have a lot less to do with the industry than those who would destroy it, but Krancer was relentlessly optimistic about what shale gas was doing for Pennsylvania and where we’re headed.

Those who want to get a quick sense of why Krancer is optimistic and Pennsylvania’s future looks so bright only need read his most recent column at Forbes where he argues Houston has a problem because Philadelphia is going to eat its lunch.  Here are some key excerpts:

The PES refinery, located in Philadelphia, employs over 1,000 workers and processes about 330,000 barrels of crude oil per day that makes it the largest oil refining complex on the Eastern seaboard. PES has already invested more than $250 million in capital and created 100 new permanent jobs at the refinery in just its first year of operations. PES is bringing in lower cost, lower sulfur crude oil from North Dakota’s Bakken shale that is extracted by horizontal drilling and hydraulic fracturing. PES, in tandem with CSX, just cut the ribbon in October on its on-site rail unloading facility that will see the unloading each day of at least two 120 car, 80,000 barrel unit trains from North Dakota. Monroe’s Refinery, in neighboring Trainer, Delaware County refines about 180,000 barrels per day. Monroe is also using domestic Bakken crude.

Braskem, the Brazilian petrochemical company, 51 percent owned by Odebrecht, the diversified Brazilian conglomerate, staked out Philadelphia as its American base in 2010. Braskem makes polypropylene, polyethylene, and PVC from petrochemical feedstock derived from natural gas liquids. Just the other day Odebrect announced that it was exploring the possibility of building a huge petrochemical processing facility (a “cracker”) in the Northeast, to be operated by Braskem, which will, among other things, supply feedstock to Braskem.

The former Marcus Hook, Delaware County Refinery is being remade into a direct link between the Greater Philadelphia area and the natural gas liquids rich Western Pennsylvania and Appalachia Marcellus and Utica Shale fields. Sunoco Logistics and Range Resources are partnering on Mariner East to deliver ethane and propane. The project will start with delivery of about 70,000 barrels of per day and, based upon market response, is already in the process of being scaled up.

Krancer proceeded, at the confab held yesterday (see #BlankRomeHullConfab for live tweets by yours truly) to expand on the big picture in his mind.  He emphasized “we’re now, after just three years, living in an age of energy abundance, but still living with policies from an age of scarcity.”  He was anything but negative about it, though, and simply noted there is a period of adaptation and a lot of re-evaluation required.  I had the distinct feeling he saw these adjustments as inevitable, being driven by the inexorable positive economics of shale gas. The opportunities are too big to ignore. Moreover, science shows shale gas is the formula for environmental betterment due to improved air quality, lower carbon and less earth disturbance.

“Pennsylvania has a great story to tell in soliciting and, ultimately, attracting energy development” Krancer stated. “The Marcellus Shale is the superstar of all shale formations.”  He illustrated his point by calling on a representative of a Saudi Arabian oil company who was present for the confab, rhetorically asking “Who would have thought…?”  He then took it a bit further by noting the “Northeast is now the place to be for petrochemical development,” adding another “Who would have thought…?” for effect, but his point was as solid as could be.  Pennsylvania is seeing a rebirth of manufacturing as a result of shale gas and the indirect benefits in multiplier effects are just huge. 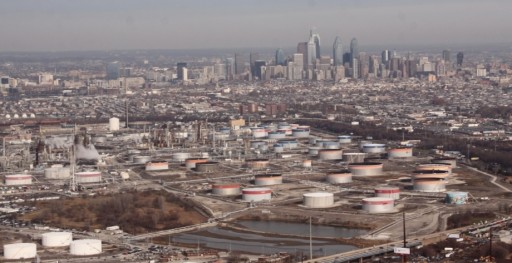 This was verified by another speaker, Paul Boulier, of Team NEO (Ohio), who presented a fascinating set of slides offering that “shale gas was a ‘use it or lose it’ opportunity’ for the region” and “natural gas development could yield $67 billion in new chemical industry output” in the next several years.  He indicated “Shale gas development provides a diverse ‘Portfolio of Opportunity’ for Northeast.”

Other speakers confirmed the optimism.  Matt Henderson was there from Penn State’s Marcellus Center for Outreach and Research to say “We’re seeing an American manufacturing renaissance” and suggesting that “people are starting to see the benefits to the US in exporting LNG.”

Henderson also agreed with Joe Leighton of the American Petroleum Institute (API) that “If we don’t move forward with LNG our foreign competitors will and soon. Leighton added that “America can be and energy superpower” and public support was likely to be there given that “94% of Americans desire energy independence.”

Senator Gene Yaw was among the audience for this educational event and expressed his own desire for a pipeline that would run from the Williamsport area to the Philadelphia region for LNG processing and export.  He also echoed the optimism of Krancer, stating “Pennsylvania is a state among nations when it comes to natural gas” noting Rumanian officials he has met want to use Pennsylvania’s Act 13 as a model for how to distribute the benefits of natural resource development. 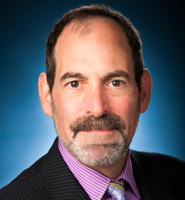 Krancer brought it all home with some further observations at the end of the day that serve to illustrate why he may have been DEP’s finest Secretary.  He prefaced these remarks by explaining why corporations with shareholders have a legal obligation to tell the truth, a duty not shared by non-governmental organizations who make their living attacking corporations and shale gas development.  It is a key point made all too clear by the natural gas debate but we are winning, gradually, and the way to prevail at the end of the day is to take the offense in three areas.

The first such opportunity is to make it clear to others just how much truth there is in the “drill a well, bring a soldier home” argument.  Our interests in the Middle East and willingness to go to war there is undeniably a factor, to some extent at least, in the fact the US has a major self-interest in preserving our oil supply.

The second point to emphasize, and the one about which Krancer was most passionate, is the fact shale gas is the formula for environmental betterment. He made a point of noting “We have the cleanest air in generations and natural gas is a big part of it,” a point we’ve made here before.  He repeatedly emphasized the need for companies to be environmental stewards and stressed the role of increased natural gas in delivering cleaner air and sharply lower carbon emissions, which is a winner for everyone.  One only has to look to New York City to see the benefits and we should be crowing about them.

Finally, Krancer re-iterated the importance of the European investment in US manufacturing today, which has generated the new term “re-shoring” shale gas being a prime mover in this regard.  He noted the US is currently down 10 million jobs from where it should be and the only way to fill them is by capitalizing on these shale gas opportunities.  None of what’s happening is possible without shale gas and there is no shale gas without fracking.  It’s that simple and we can’t make this point enough, he said.

It was great note on which to end the day and I had my own “Who would thought…” moment thinking about the fact this was a former DEP Secretary offering these observations, not the Chamber of Commerce, the Department of Community and Economic Development or some other entity expected to say these sorts of things. Shale gas is both an economic and an environmental opportunity for Pennsylvania and it takes good men (and women, of course) with vision to see that.  Mike Krancer is that kind of man and so is the guy who appointed him, Gov. Tom Corbett.  We were lucky to have him during the years when it most counted to get it right because, as another speaker said, we didn’t and still don’t have the luxury today of exhausting all other options first.

5 thoughts on “The New Pennsylvania, Thanks to Shale Gas and a Few Good Men”