Germany’s scathing audit report on renewable energy makes readers aware that its Energiewende—the mandated transition to renewable energy—was and continues to be expensive, making the country’s residential electricity prices the highest in Europe and costing the country billions in future network costs, as well as exposing the country to energy supply shortfalls that puts it at a risk for blackouts.

Germany has been held up as an example to the world for their “energy transition,” but as it turns out, their experience has created chaos for producers and consumers, while threatening the German economy. President Biden now has another data point to examine in his proposal to transition to net zero electricity since it appears that he has not learned much from the California and Texas debacles. 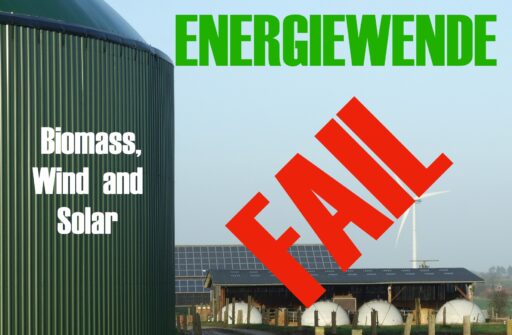 According to Germany’s draft audit report, Germany’s energy transition has proved too costly and has significantly underestimated the risks to reliable supply. After Japan’s Fukushima nuclear disaster in 2011, Chancellor Angela Merkel used the tsunami-related failure to retire the country’s nuclear plants by 2022 and forced the sector to radically restructure in favor of renewable energy, particularly wind and solar power.

The draft audit report indicates that the country needs to reform state taxes and fees to fix the system because “there is a risk of losing Germany’s competitiveness and acceptance of the energy transition” that includes the transition away from coal and natural gas, as well as nuclear.

Over 50 percent of residential electricity bills in Germany are made up of taxes and fees, most of which support the transition away from coal, natural gas, and nuclear power through subsidies and mandates, which makes Germany’s electricity 43 percent more expensive than the average across the 27-nation European Union, which is expensive, generally.

The audit also warned of a pending energy supply shortfall as utilities shutter their nuclear reactors and the government pulls out of coal. The shortfall is estimated to be 4.5 gigawatts between 2022 and 2025, equivalent to 10 large coal generation plants. Network investment is estimated to reach 85 billion euros ($99.77 billion) by 2030 refinanced via grid fees that would be paid by the public.

The draft report indicates that the government’s approach was too optimistic and its assumptions partly implausible and did not address the worst-case scenarios. Like California, the German government expects to rely on cross-border flows to spread localized and temporary supply risks. France is still well into nuclear power and Poland still has vast amounts of coal power. However, Germany’s European neighbors may need their own power or may be planning on importing power as well.

Texas May Have Learned from Its February Blackouts

The Texas Legislature is considering adding fees on solar and wind electricity production in the state to boost fossil fuel production. Among the reforms of the state’s electric grid following the winter storms, the Texas Senate is considering new fees for solar and wind that account for their unreliability.  It is now clear that wind and solar were not able to produce during the emergency caused by the freeze in February.

The proposed bill would give the state’s grid monitor authority to create fees for solar and wind that will counter the federal subsidies to wind and solar companies that have “tilted” the market to benefit those renewable sources. President Biden is considering expanding those subsidies that many believed distorted the free market to the detriment of conventional forms of generation.

Lobbyists for the wind and solar industries are asking for a 10-year extension of the investment tax credit and the production tax credit from the Biden Administration despite their contention that wind and solar are cheaper than other forms of generation now.

Beside the fees on solar and wind producers, the proposed legislation would create an alert system to warn Texans about impending power outages, and would require all electricity providers to weatherize their facilities and transmission lines. It would also prohibit the wholesale electric index plans that resulted in huge electricity bills for some Texas consumers who had power during the storm.

Senate Bill 3 passed the Texas Senate on a 31-0 vote and heads to the Texas House. Both chambers must pass identical versions of the legislation in order for it to be sent to Governor Greg Abbott for his approval before it can become law.

Since 2010, the price of natural gas has fallen 43 percent and coal prices have dropped 11 percent, and yet, the price of electricity for residential users has risen by 13 percent. That’s because of the requirement that states have to build new renewable capacity despite not needing new capacity to meet demand. Further, wind and solar power are more expensive than advertised because of the back-up power needed due to their intermittency—periods when they cannot produce power because the wind is not blowing and the sun is not shining.

An electricity bill consists of three parts: generation cost, transmission and distribution cost, and taxes and fees. The cost of generating and reliably maintaining electricity comprises about 50 percent of the electricity bill. To keep the lights on, the demand for and supply of electricity must be satisfied at all times.

Because of wind and solar power’s inherent intermittency, wind and solar farms need a fossil fuel facility nearby to supply electricity on demand – when needed.  When those back-up plants cannot operate to their maximum extent because of solar and wind power generation being prioritized, they become more expensive to operate.  Consumers are essentially forced to pay for two systems where they used to pay for one.

The cost to transmit electricity is determined by the distance between the power plant and the residence home or business. Because fossil fuel and nuclear plants require little land and can be situated near or within population centers, they need relatively few transmission lines.

Wind and solar resources, in comparison, require large tracts of land and are usually placed in remote locations that require new and expensive transmission infrastructure. Texas, for example, has spent over $7 billion in new transmission lines to bring wind power to cities in the east and south—costs which Texans see in their electricity bills—that serve as another “backdoor subsidy” for intermittent renewables.

State taxes, city and county taxes, and an assortment of fees are also included in electricity bills. Not included on the bill, are the federal and state taxes that are paid to subsidize wind and solar generation. Federal subsidies alone for the wind and solar industries totaled over $70 billion from 2010 to 2019.

Consumers and taxpayers are not incentivizing new technology in wind and solar power, but are artificially supporting those industries, much of whose manufacture occurs in foreign nations, most notably, China. Taxpayers have been subsidizing wind and solar corporations for more than 40 years.

President Biden is going at rapid speed to get an infrastructure bill passed that will pursue his net zero strategy for electricity generation. But there have been a number of incidents in Germany, California, and Texas that are warnings against such a pursuit.

Biden’s net zero goal will result in higher electricity prices, instability to the grid and higher taxes to pay for the tax incentives renewable energy is demanding despite tens of billions of lavish subsidies and mandates already. Biden needs to pay attention to the needs of Americans and their energy costs for energy poverty is not limited to third world countries. Germany and other parts of Europe are beginning to discover this, as the draft audit attests.