The PennEast Pipeline project is moving swiftly ahead with FERC’s issuance of their final EIS confirming there will be minimal environmental impacts.

Another hurdle cleared for the PennEast pipeline project. The Federal Energy Regulatory Commission issued the final EIS for the 120 mile long pipeline project after determining the construction of the pipeline would only have a minimal impact on the environment 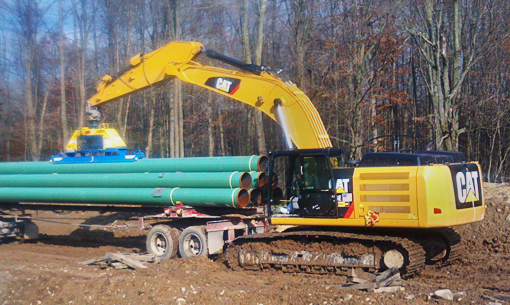 The PennEast pipeline will deliver low-cost natural gas from Northeastern Pennsylvania to New Jersey and create thousands of jobs along the way. Pipelines are the safest, most reliable way to move natural gas.

Pennsylvania Department of Environmental Protection was the first government agency to confirm the construction and ongoing operations of the PennEast pipeline will have minimal environmental impacts. This past February, the PA DEP issued its Water Quality Certification as required by the Federal Clean Water Act.

The Final EIS is the last major federal regulatory hurdle for PennEast Pipeline prior to an anticipated favorable order from FERC Commissioners that would result in approval of the Project. The Order would award PennEast a Certificate of Public Convenience and Necessity and is expected this summer.

“Federal regulators have once again determined that PennEast Pipeline can deliver enormous benefits for the region, including lower electric and gas bills, thousands of jobs, enhanced reliability, and direct access to one of the most abundant and affordable supplies of clean-burning natural gas in all of North America – while doing so with little impact on the environment,” said Dat Tran, chair of the Board of Managers for PennEast Pipeline Company. “The thorough review conducted by federal regulators assessed impacts on everything from safety to water resources to air quality and wildlife. Their finding is a clear win for the region, business competitiveness, economic growth and job creation.”

With the Final EIS, two government agencies now have affirmed that PennEast Pipeline’s construction and ongoing operations will not harm the environment, including waterways. The second validation is from the Pennsylvania Department of Environmental Protection, which issued in February a Water Quality Certification as required by section 401 of the Federal Clean Water Act.

“Pipelines are the safest and most environmentally friendly way to move the energy on which we rely every single day to warm our homes, power our economy, and increasingly generate clean and reliable electricity,” added Tran. “New infrastructure like PennEast Pipeline is not only far better for our environment than relying on other less-clean fuels, but also for reducing electric and natural gas bills for families and businesses.

“Today’s Final EIS is a major step forward for the Project. We thank the FERC staff for its thorough review, input, and recognition that major infrastructure projects like the PennEast Pipeline can move ahead while protecting the environment, too,” said Tran. “We look forward to working with Pennsylvania and New Jersey permitting agencies in the coming months.”

The 120-mile Project is more than 90 percent subscribed under long-term contracts with local gas utilities, power generators and other energy customers. Local customers will benefit from the delivery of clean, American energy that is slated to be approximately 30 percent less expensive than natural gas supplies from the Gulf of Mexico, which have traditionally fueled the northeast. A study by Concentric Energy Advisors found that due to pipeline constraints in the region, consumers would have saved nearly one billion dollars during the winter of 2013-2014 had PennEast been in service. Prices during that winter spiked to more than 70 times that of non-peak periods.

You can read the full Final Environmental Impact Statement from FERC here.