Environmental justice is a twisted concept; twisted to give radicals opportunities to bash economic development that would improve the lives of the poor!

Last December, the Pennsylvania Department of Environmental Protection (DEP) said it would go on a “listening tour” in early 2017, to focus on so-called “environmental justice.” The DEP finally set up a schedule for its listening tour, which began in March in Greene County. Our take: “environmental justice” means asking poor people if they’ve been abused by the oil and gas industry in any way – and if they have a beef, the DEP will “do” something about it.

EPA image used to promote “Environmental Justice” workshop in 2014. This is the same EPA that condemns millions to death by malaria through refusal to approve DDT; the same EPA that refuses to pay claims of those impacted by the Gold King Mine disaster it caused.

The first session in the tour was interesting for several reasons. For one, just a handful of people turned out–a maximum of 30 in the crowd. For another, the po’ folk didn’t bother coming. It seems only radical activists bothered to turn up, claiming to represent the abused, repeating the same tired, old lies they always repeat.

Another stop along the tour was held last week in Williamsport, Pennsylvania. The pattern repeats. If anything, there were fewer people in the crowd – about 20, according to the Williamsport Sun-Gazette. Next to nobody turns up for these things. Why is the DEP wasting its time, and Pennsylvania taxpayers’ money?


The state Department of Environmental Protection heard about the regional effects and concerns of those impacted by nearly a decade of natural gas drilling Thursday at one of the stops in a statewide listening tour.

The Genetti Hotel was the third stop out of nine as part of the department’s Office of Environmental Justice listening tour to hear what residents were concerned about.

Historically, minority and low-income populations feel the hit of environmental impacts most, according to the office.

It is the job of the Office Environmental Justice to make sure that not one group is unjustly burdened.

But many of the residents at Thursday’s session stressed that the problems facing the county, the state and the globe are burdening everyone.

“I am fortunate enough to not be a marginalized person,” Jarmoska explained. “But I own rental properties around the area and during the gas boom, I had tenants that were terrified that I would raise their rent.”

The gas industry runs on a boom-and-bust cycle and it’s looking like another boom is coming, she said.

One of Jarmoska’s serious concerns was that many of the violations a well receives aren’t publicly announced.

The unjust impositions of the gas company and the lack of meaningful participation in response to it are a big negative happening in the county, Karen Frock said.

“I never voted in any referendum that said they could lease a portion of Loyalsock Creek,” Frock said. ” … We need to keep the gas industry out of our state parks.”

During a hearing in Loyalsock Township years ago, a lawyer representing Inflection Energy LLC gas company wouldn’t let residents ask questions about anything other than the well pad they were trying to put in, Ralph Kisberg said. “We can’t even ask questions,” he said. “It doesn’t seem just.”

Not all of the residents spoke about the impact of the gas company directly, but rather how to get people more involved in their environment to form a catalyst for change.

“The single biggest thing we can do is to connect people to nature,” Jim Dunn said.

Connecting people, particularly marginalized or low-income residents who live in urban areas, to the environment can be challenging because of many different social issues, he said.

“We are very fortunate here, though,” Dunn explained. “Within a mile of this very spot, you can use a public river path to walk to a community park in South Williamsport.”

DEP has a significant ability to link people to nature through their granting process, which Dunn said he would like to see more of.

“I would also like to see a policy change,” Dunn said. “To see you come up with a pilot program that would include multi-agency cooperation to create a couple of big projects. I think that would really make a huge impact.”

DEP’s listening tour is a call for public comment and participation for the first time since 2004, Carl E. Jones Jr., director of the Office of Environmental Justice, said.

“It’s important to come out and get input from those most affected by our policies,” Patrick McDonnell, acting secretary, said. “This is not the end of the conversation when we leave the room. This is the start of a feedback loop.” 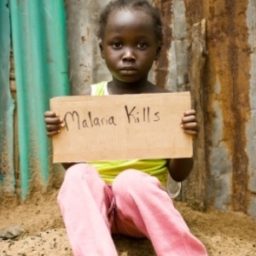 Editor’s Note: I share Jim’s disgust with DEP’s nonsense and, especially, with the ridiculous notion behind the very concept of “environmental justice.” If it meant anything at all beyond finding another reason for radicals to manipulate the system, it would apply first and foremost to the impacts of poorly conceived environmental initiatives taken without regard to the impact on poor people. The incredibly awful decision, orchestrated by the Rockefeller family’s man in the Nixon Administration, William Ruckleshaus, to ban DDT condemned tens of millions of poor to death by malaria. That is an environmental justice story if there ever was one and it continues to this very day as DEP operates from a building named after Rachel Carson who should live in infamy for her role in that tragedy.

Want another? How about the poor people of New York State’s Southern Tier who have been condemned to continuing poverty by Governor Corruptocrat’s act of NRDC appeasement in banning fracking? Or, the DRBC’s refusal to even act on gas drilling despite the huge costs to farmers just trying to hang on to their land and make a decent living, all to cater to the aesthetic desires of the Haas family that made its fortune in tanning chemicals? Or, what what those folks impacted by the EPA’s recent gold mine fiasco and the agency’s refusal to pay damages? There just might be some environmental injustice there, too, don’t you think? 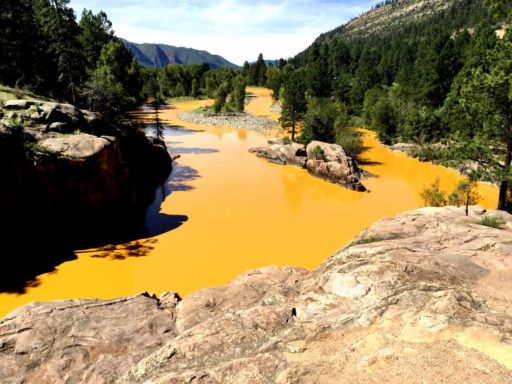 Environmental justice? Not when the EPA refuses to pay for this!

But, there’s even worse examples. How about a fractivist leader who suggests fracking is murder and, therefore, violence is justified to stop it? Check out this toned down letter published by the obtuse editor of the Boulder Daily Camera (who later apologized). What degree of self-righteousness must a man possess to imagine he has such rights; that his opinions and views are so superior to others that he has the right to impose them through violence? His idea of environmental justice is to make himself lord and master and kill those who won’t submit. Such is the twisted nature of environmental justice, which, as Jim has observed, is nothing more than a club in the hands of those who would falsely speak for the poor to advance themselves and their ideas. Environmental justice is a fraud.

12 thoughts on “Environmental Justice? Give Me A Break!”