Common sense seems to prevail in most places outside of New York as Ohio supports preemption of oil and gas zoning and the world moves ahead with shale gas.

Two weeks ago, the Ohio Supreme Court issued its decision in the case of The City of Munroe Falls v. Beck Energy Corporation. Like the Dryden case in New York and the Robinson case in Pennsylvania, the Munroe Falls case was about whether a State’s oil and gas law preempted a local municipality when the municipality tried to enact its own regulatory scheme regarding hydraulic fracturing and horizontal drilling within its boundaries.

The Munroe Falls case originally was filed in Summit County, Ohio in 2011, This case involved a permit granted in 2011 to Beck Energy from the Ohio Department of Natural Resources (ODNR) allowing Beck to drill on private property in Munroe Falls. The City issued a stop-work order and filed a lawsuit, saying that Beck’s actions did not comply with city ordinances. Among the local requirements were that Beck obtain a city drilling permit; pay an application fee; get a zoning certificate; get right-of-way construction permits; and post a performance bond.

ODNR officials sided with Beck, noting the company had all the documentation it needed to proceed once receiving that organization’s permits. However, a Summit County Common Pleas judge later ruled Beck needed to follow the city rules required of all developers, which included paying application fees and acquiring a performance bond. Ohio’s Ninth Circuit Court of Appeals overturned most of the Common Pleas decision. 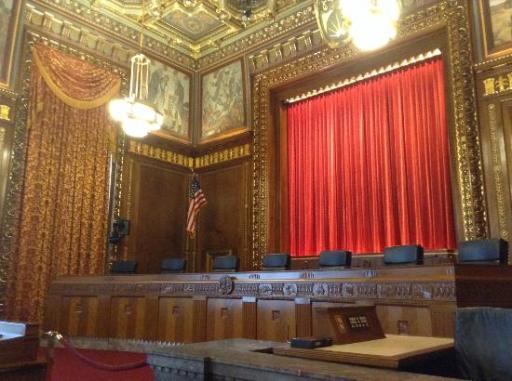 The Ohio Supreme Court thus had to determine what, if any, authority local governments have over oil and gas drilling in Ohio, cognizant of the fact that in 2004, the Ohio General Assembly gave the ODNR “sole and exclusive authority to regulate the permitting, location and spacing of oil and gas wells.”

By a narrow 4-3 decision, the Court ruled in favor of Beck Energy. Writing the majority opinion, Justice French concluded that Munroe Falls’ ordinance was an exercise of police power that had to give way to the state statute, as all Ohio exercises of police powers have to do when they conflict with general laws.   The Court’s ultimate determination was whether the Munroe Falls ordinance conflicts with the state statute, as it would if “the ordinance permits or licenses that which the statute forbids and prohibits, and vica versa.” It determined that the ordinance conflicted in two ways: First, the ordinance prohibited what the state law allowed – state-licensed oil and gas production within Munroe Falls. Second, it attempted to regulate something over which the Ohio State Legislature gave the ONDR “sole and exclusive authority to regulate…”

The Court noted that it had recently reached a similar conclusion in Cleveland v. State, which held that an Ohio municipality could not require additional zoning or other approval for the construction and operation of a state-licensed hazardous waste facility. Summing up the decision, Justice French wrote that “Article II, Section 36 vests the General Assembly with the power to pass laws for the “regulation of methods of mining, weighting, measuring and marketing coal, oil, gas and all other minerals. With the comprehensive regulatory scheme in R.C. Chapter 1509, the General Assembly has done exactly that. We hold that the …Ohio Constitution… does not allow a municipality to discriminate against, unfairly impede, or obstruct oil and gas activities and production operations that the state has permitted.”

Strong and heady stuff for the oil and gas industry. There is only one problem however. The opinion only gained the support of two other justices, not the three that would give the ruling a majority and the force of precedent. The fourth vote for Beck Energy came from Justice O’Donnell who concurred with the ruling but did not join in the opinion. Justice O’Donnell wrote separately “to emphasize the limited scope of our decision; ‘our holding is limited to the five municipal ordinances at issue in this case.” He specified that “this appeal does not present the question of whether R.C. 1509.02 conflicts with local land use ordinances that address only the traditional concerns of zoning laws,…such as limited oil and gas wells to certain zoning districts without imposing a separate permitting regime applicable only to oil and gas drilling.”

Thus, in the end we are still left with a question. In Ohio, could a municipality determine that its geography is incompatible with gas drilling and, purely as a matter of traditional zoning law, not allow oil and gas drilling at all? To take some language from Justice O’Donnell, could a municipality determine that “an oil and gas well is [not] compatible with the character and aesthetics of a particular zoning district, such as a residential neighborhood,” and expand that definition out to its entire boundary? In Ohio we still have no answer to that most basic question. 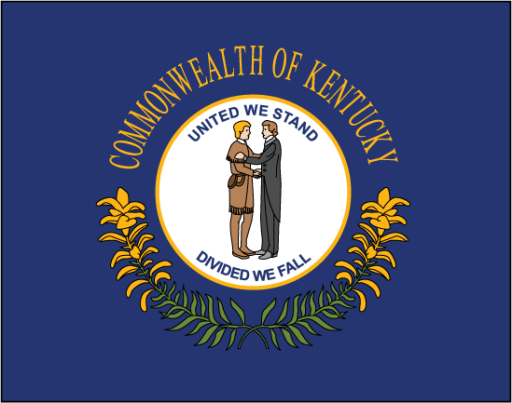 As the Ohio Supreme Court ruled on its statute, its neighbor to the South, Kentucky, moved the process forward to implement new oil and gas regulations in that State. Kentucky is not a leader in oil and gas production, but it is growing. This week a bill updating Kentucky’s regulations passed the House 98-0 and moved on to the Senate: Among the key provisions are:

Internationally, Chevron announced that it is pulling out of its ventures in Poland and Romania. Having lost tens of millions of dollars, the pullout means that only four countries produce oil and gas from tight shale formations. They are the United States and Canada, and to a much lesser extent China and Argentina. Nearly a decade after the start of the shale boom, our domestic advantage remains enormous. In Israel, the Israeli Antitrust Authority has presented Noble Energy and Delek Energy with a compromise proposal regarding the country’s natural gas finds. Under the proposal, Noble and Delek will sell their interests in the Tamar, Karish and Tanin fields while keeping their stakes in the Leviathan. After a national history of being energy poor, Israel is struggling with how to handle the prospects of being energy rich. 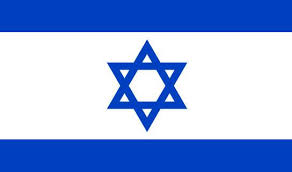 Back locally, the battle in Pennsylvania is being joined regarding Governor Tom Wolf’s attempt to enact a 5% severance tax and replace the local impact fee structure. This Tuesday, the Governor will announce his budget for Fiscal 2016. With an enormous fiscal deficit to close, there is reason to think that the two parties will work together to restructure the tax system in Pennsylvania. Of course, this is politics.

Finally, can any update really be complete without a good New York story? This one comes from fifteen Southern Tier communities sitting on top of rich Marcellus Shale deposits. Stymied from drilling due to Governor Cuomo’s moratorium, the towns actually have researched the process of seceding and joining Pennsylvania. No one really believes this will happen. However, the campaign has been effective enough to attract national, and even international attention, most recently from the respected British publication The Economist. The secession campaign highlights the desperation these towns feel over economies with few opportunities and activists and politicians who profess their love for the countryside yet do everything in their power to devastate the futures of the people who actually live there.