…
[Editor’s Note: China threatens our security and environment but has bought off big business, big tech, media and our political establishment.]

China is not only building coal-fired plants in its own country, but it is also building them around the world. As of 2019, China had 2,363 active coal-fired power plants and was building another 1,171 plants in China and hundreds more in Africa, Asia and elsewhere. Most of China’s plants (80 percent) have pollution control equipment that remove sulfur dioxide, nitrogen oxides and particulates, but the coal plants China is building in Africa and most likely elsewhere do not.

And, none of the plants China is building remove carbon dioxide despite China pledging it will be carbon neutral by 2060. Coal plants can operate for 40 to 60 years or even longer. China’s party leaders know that its so-called production of renewable generating technologies, many of which are not connected to the grid, is a good smokescreen for its coal power—and few Western governments will dare to criticize China. Clearly, President-Elect Biden will not criticize China either. 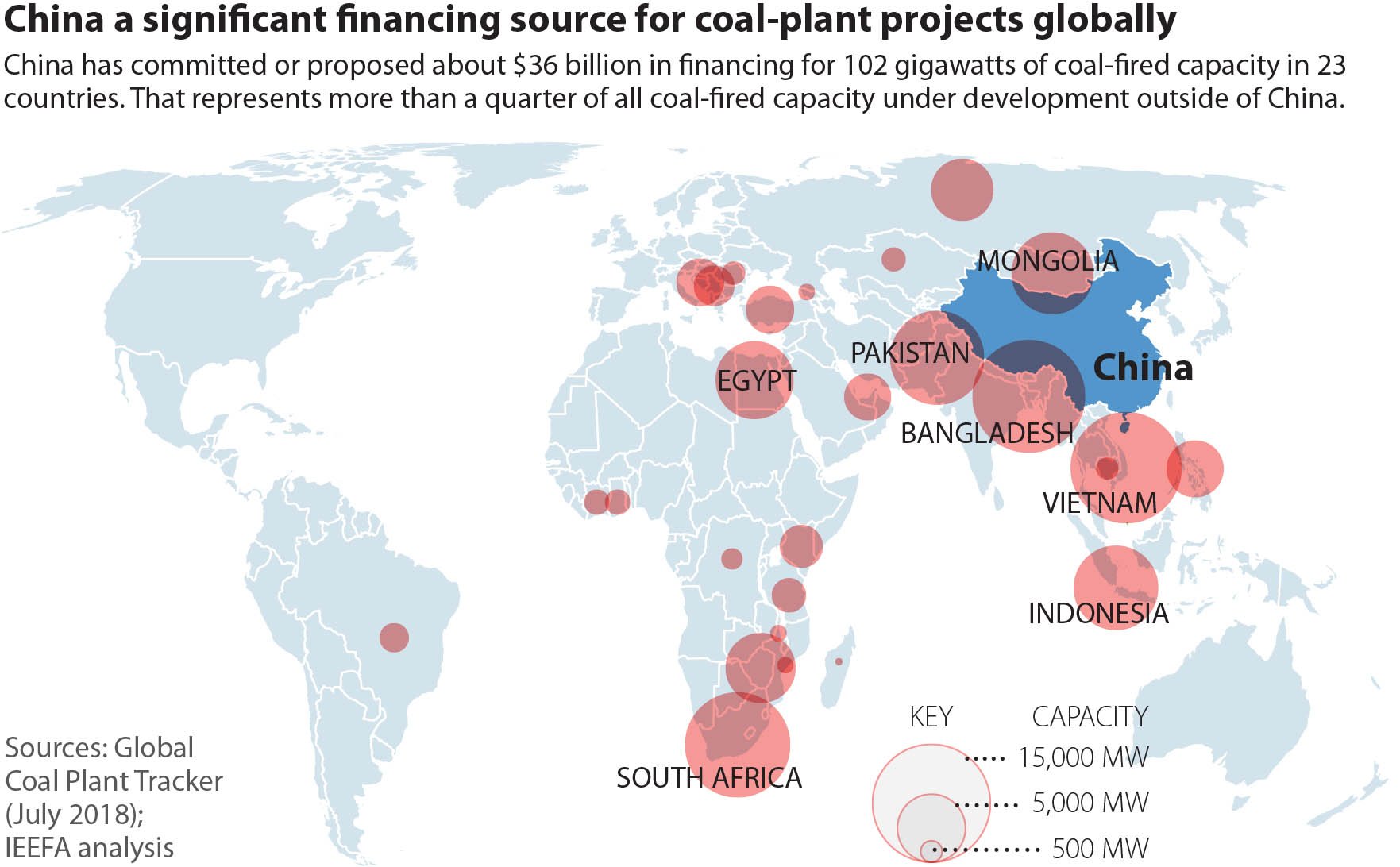 China has invested over $50 billion in building new coal plants overseas in recent years. It is purportedly building, planning or financing more than 300 coal plants, in Turkey, Egypt, Vietnam, Indonesia, Bangladesh, and the Philippines. India, South Korea, Japan, South Africa and even Germany are also building hundreds of coal-fired power plants. Over a quarter of new coal plants outside China have some commitment or offer of funds from Chinese financial institutions. China is subsidizing investment in coal plants across 27 countries, while supplying the United States and Germany with renewable technologies that are cheaper than their countries can manufacture. Further, China has positioned itself well in the supply chain for critical metals and rare earth minerals.

China’s leaders are seeking global military and economic power. They first intend to gain global control of electricity generation; raw materials extraction; and manufacturing of wind turbines, solar panels and battery modules, which they sell at low cost to the West.

China is funding coal plants in Africa and elsewhere because the West will not fund coal projects, despite having an open field to invest and spread their influence. Clearly, coal-fired electricity from plants with scrubbers would eliminate pollution from dung and wood fires, and provide reliable, affordable electricity for lights, refrigerators, schools, shops, hospitals, and factories. Only a third of Africans have access to reliable electricity at home. Africa must industrialize to overcome poverty and disease, create jobs and discourage terrorism and to do that, it must have affordable, reliable electricity. Africa is projected to double its electricity capacity in the next 20 years.

Despite that, analysts believe that Africa’s cheap, abundant, easily transportable coal will continue to be used on a large scale for electricity generation. And, it leaves construction of coal plants to China and others who have scrubbing technology but do not require it in their foreign construction.

In much of Africa, electricity demand far outstrips supply. When the grid goes down, expensive back up diesel generators are used. Many African countries spend more on backup power than on electricity for the grid itself. In West Africa, backup power equals 40 percent of total grid capacity. In Sudan, which gets 30 percent of its energy from dams on the Nile River, diesel-based pumps run constantly to lift river water for irrigation. In Nigeria, hotels ban guests from jogging because of health dangers from breathing soot from their diesel backup generators, which operate frequently when the power goes dark.

Africa’s electricity deficit translates directly into its life-expectancy deficit of 15 years per person.

China will continue to get a total pass on complying with the Paris accord and will continue to build coal plants in Asia and Africa, many of which operate without scrubbing equipment. Thus, China will have free rein to turn sub-Saharan Africa into an archipelago of economic dependence, despite the environmental damage, debt, labor concerns, and likely modest benefits to Africans that will result.

Further, under a Biden Administration, the United States will rejoin the Paris Agreement and continue to shutter U.S. coal plants to attain carbon neutrality in the generating sector by 2035, while much of the rest of the world will be allowed to continue to emit greenhouse gas emissions from coal generating plants and other carbon sources. Yet, until the media begins to actually report the facts about China’s activities, most Americans will be unaware of the rapidly growing gap between words and actions as they apply to China’s quest to be the number one economy in the world.

Editor’s Note: There is another aspect of this story that needs to be addressed and that is what is happening to our free speech as China increasingly dominates the interests of big business, big media and big tech. China has no free speech and has a “social credit” system that punishes anyone who dares to try it. And, our media, which is an oligopoly of big corporations, such as Disney that owns ABC and also wants to sell films to the Chinese market, is busy canceling anything that might offend the Chinese Communist Party. Then, there is Apple that is depending on Chinese labor (some say forced labor) to make its I-Phones. Facebook isn’t allowed in China but it appears it’s trying to get in the door by using Chinese nationals as censors. Ditto for Twitter and Google.

What are seeing from big business, big media and big tech in response to these interests is the world’s biggest ever book burning. It’s not books per se that are being burned, but free speech and free thought. Speech and thought contrary to political correctness, elitist peer pressure and special interests are being labeled “misinformation” by unseen, unknown censors buried deep within government protected monopolistic enterprises with no due process whatsoever, not even explanations. It’s the same thing we always see from fractivists and other leftists; assertions backed up by precisely nothing. This of a pattern found in all elitism; that the elites are so important as to defy the need to justify their actions.

The Chinese Communist Party is exploiting our great civil divide to advance its interests, a fact explicitly made clear in the above story. It knows exactly how to manipulate Western countries and their various “bigs” to position itself. It’s leading us to create a version of its social credit system that will allow it to dominate us as well as the Chinese people. We’ve now gotten to the point, in fact, that other nations are sounding the alarm about what’s happening to free speech in the supposed land of the free. Mexican President Andres Manuel Lopez Obrador is now asking “How can a company act as if it was all-powerful, omnipotent?” Poland is considering a law to order big tech to restore online accounts and posts deleted for lawful speech. German and French leaders, too, are worried. Everyone is worried but us, it seems. No, we are installing a President this week whose family considers the Chinese Communist Party as a business partner.