There seems to be no end to the demonstrations of government incompetence that keep threatening the natural gas benefits to the economy and the environment.

Despite reports Pennsylvania politicians had reached a budget agreement, Governor Tom Wolf and the Republican-controlled State Legislature failed to ink the deal. Both sides promised they would finish by Thanksgiving, only five months late. They did not. The Governor’s insistence on a state mineral extraction tax, once the centerpiece of any agreement, seems to have been beaten back, but don’t bet on it. Many Democratic lawmakers have great difficulty agreeing on increasing that state sales tax, to be paid by all, while they fail to enact a promised mineral extraction tax. 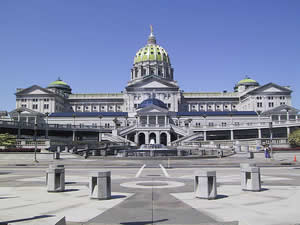 During the 2014 campaign and in the early days of his administration, Governor Wolf convinced many Pennsylvanians that energy companies were not paying their fair share. Pennsylvania is the only major energy producing state without a mineral extraction tax. The Governor conveniently ignored the local impact fee which in effect has taken its place.

Now, because of low gas prices and the complex formula for computation, the Pennsylvania impact fee is actually higher percentage-wise than other states’ extraction tax rates. The industry demanded the impact fee concept must stay and no mineral extraction tax can be levied. Now, State agencies are closing or laying off workers due to lack of funding authority, even though the money is sitting in Harrisburg. It appears the political chickens (turkeys?) have come home to roost, and the politicians have cornered themselves as they try to finalize the budget.

Whatever happens in the next few weeks, the 2015 Pennsylvania budget battle may go down as a huge pyrrhic victory for the industry. While we have no inside information into the course of budget discussions, the Administration seems finally to have backed off the idea that it must raise taxes on the energy industry in such a depressed market. Given that, the energy industry may rue the fact it might have locked in a mineral extraction tax similar to those in other states at a preferential rate. Instead, the issue will continue to fester, remaining a sore point for years to come.

Internationally, the biggest news of course was the downing of the Russian bomber by Turkish missiles near Syria. That temporarily sent world oil prices higher, despite the global glut, weak Chinese business numbers, the coming re-entry of Iran to the world market and predictions of a mild winter in much of the United States. The rally could not be sustained, and prices fell over 3% immediately after. This shows just how bearish global sentiments are. In Great Britain, the Office for Budget Responsibility reported that taxes form North Sea oil producers will crash from £2.2bn last year to just £130m this year. Four years ago, that number was £11bn.

Of course, depressed energy prices mean many of the world’s rogue nations, like Iran, Russia and Venezuela, are bleeding economically. The logical move would be to spur the bleeding in another area, natural gas, where Russia uses its leverage by denying first natural gas and now coal to Ukraine, and threatening other European countries with possible natural gas disruptions. 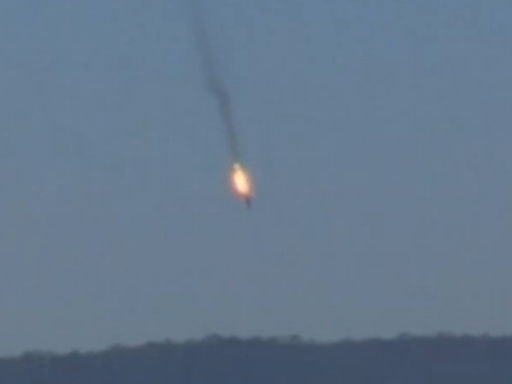 Russian plane shot down by Turkey

The Obama Administration, however, continues to drag its feet on permitting CNG and LNG exports. Until that happens, the potential demand for American natural gas will be lower than it could be, the potential world political benefit from that gas will be lessened, and coupled with the lagging pipeline buildout we will continue to be needlessly dependent on other sources.

A prime example of this remains in the Southern Tier of New York State. There remains no movement on the 401 Clean Streams Permit that the New York Department of Environmental Conservation needs to issue to allow construction of the Constitution Pipeline.

Now, however, cautionary voices are beginning to be heard at the DEC over the agency’s use of its Clean Streams Authority to block pipeline crossings over stream beds and wetlands. Last month, Jared Snyder, assistant DEC commissioner for air, climate and energy, cautioned that if the state continues to delay pipeline permitting when it should happen, this could be a rationale for the federal authorities to remove the DEC from the process entirely.

Currently, the Constitution, Algonquin and Northeast Direct pipelines are scheduled to pass through New York, and the State’s independent grid operator warned that the “lights will go out” if New York does not approve more pipelines. Soon, Governor Cuomo will face the point where economic reality meets political expediency.

In Oklahoma, a 4.0 earthquake was reported two weeks ago, one of approximately 5,000 earthquakes reported there this year. That makes Oklahoma the world leader in seismic activity. State geologists have reversed course and admitted that the process of deep water injection has caused (or at least contributed to) many of the earthquakes.

The Oklahoma Corporation Commission is now shutting down wells and reducing injection amounts. It becomes more and more likely that within just a few years, the injection well will be a thing of the past. At the very least, each State will take a much closer look at its geology and be much quicker to limit the process of deep water injection.

Finally, some numbers on the impact of the Marcellus, as reported by the Casper Star in Wyoming. The October 2014 average price for natural gas at Henry Hub in Louisiana, the national benchmark, was $3.78/Mcf. In 2015 it was $2.34. In the coal-bed methane fields of Wyoming, the average daily production rate in 2011 was 1.3bn cubic feet. In 2014 it was 67 million.

And, in 2010 the US Energy Information Administration didn’t rank the Marcellus among the top 100 natural gas producing fields in the country. The closest geographically was the Big Sandy field along the Kentucky-West Virginia border at 18. Today, the Marcellus is number one. Some things not even government incompetence can destroy.