Garland Thompson explains what really happened with the Gibbstown LNG deal. It reveals New Jersey duplicity more so than it does DRBC double-dealing.

From this vantage, it’s more of what New Jersey wants, rather than a “Philly area” push, with state Senator Sweeney behind it as a simple “economic development” effort that benefits people in his state. Gov. Murphy isn’t going to fight local political power-player Sweeney on this, even though he pushed Pennsylvania Gov. Tom Wolf to support a ban on drilling in the Upper Basin. 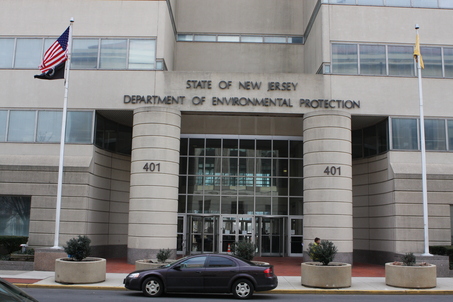 The reason I say this is that the Delaware Riverkeeper and her Clean Air Council and Sierra Club cohorts already are fighting to block exports, with the Pennsylvania DEP listening closely to every loud complaint of a rules transgression or danger claim raised in opposition attacks on pipeline transmission projects such as Atlantic Sunrise and Mariner East.

The Riverkeeper’s fight to stop Mariner East pipeline development centers loudly on the pipes being used “merely for export,” allegedly not really designed to benefit local citizens, for one instance.

She’s wrong about that, because Mariner East has local takeaways for the propane it brings to Marcus Hook, and because my reading of Sunoco L.P./ETF’s push to complete its Revolution gathering system and its corresponding gas fractionator at the Marcus Hook Industrial Center suggests to me that an ethane cracker and, possibly, a propane dehydrogenator, are lurking quietly in the wings, not ready for public presentation.

Sunoco did offer an Open Season for shippers looking to move the heavier NGLs, including pentane and condensate, over Mariner 2 and 2x, and drew big interest. The significance of this is that the Philadelphia area hosts the second biggest collection if plastics makers in the U.S., and these industries could scale up with pipeline delivery of the new resources.

The Riverkeeper and her cohorts are very badly mistaken, because it’s clear, in other words, that full completion and operation of Mariner East pipes is very likely to promote rapid expansion of the petrochemical industry activity here, a development she’ll oppose vehemently.

2.   Truck-transfer of volatile hydrocarbons is routine, with propane and butane tankers moving over the highways every day, everywhere. Trying to classify LNG as somehow more dangerous is a non-starter, with heavy-haul companies being urged to shift from gasoline and diesel power for their semi rigs to LNG-fired power at the same time arguments are being made to block over-the-road shipments to New Fortress’ New Jersey export port.

3.   Without the complicated process of applying for and gaining approval for land clearing and waterway crossings for pipeline supply of LNG to that ship-loading facility, New Fortress’ New Jersey plant’s permitting process is sure-fire.

4.   The Sierra Club’s arguments about volatility and potential for explosions requiring a ban on shipping LNG on the Delaware will fail, simply because volatile hydrocarbon liquids already transit the river every day. Not only do INEOS’ tankers haul NGLs beneath the Delaware Memorial Bridge on a regular basis, taking ethane and propane to INEOS’ Scottish and Scandinavian plastics plants, but look at the other volatile liquids moving in and out:

•   Monroe Energy’s Trainer refinery gets its “light,” “sweet” crude oil feedstock by over-the-seas tanker, and ships out distillates — diesel, jet fuel and kerosene — to distant ports for owner Delta Airline’s proprietary supply, and sells off its gasoline to others.

•   Philadelphia Energy Solutions/ETP has always been a big exporter of distillates to the world, and all of its shipments out go by tanker vessels.

•   PBF Energy’s Delaware City refinery south of Wilmington receives crude oil by ocean tanker as well as by rail, and ships “light,” North Dakota crude brought in by rail across the Delaware to its Paulsboro, N.J., refinery by barge. That light crude, criticized by environmental activists as dangerously volatile when on the rails, is the same stuff activists demanded relieved of its more-volatile components as it leaves North Dakota. But, no major explosions of PBF barges have been recorded.

5.   The DRBC commissioners knew this, and had few arrows in their legal quiver to fire at New Fortress’ shipping pier.

6.   Deepening the Delaware River channels, long sought by the Philadelphia Regional Port Authority, is now nearing completion. The deepening of the Panama Canal prompted this expansion, just as it did New York’s decision to raise the deck of the Bayonne Bridge deck 64 feet, permitting the larger, deeper-draft ships moving East through the Canal to reach the Port of New York and New Jersey’s Bayonne container terminals. Bigger ships are coming up the Delaware, and bigger liquids tankers are transiting the Panama Canal. So it makes sense to deepen the docking area at New Fortress Energy’s Gloucester County export terminal.