It’s Infrastructure Week, and one of the few things that Americans can agree upon is that the country’s infrastructure needs to be updated and expanded. But the eternal question of “who pays?” has created a divide in state and federal lawmakers between those who want to start charging electric vehicle (EV) owners for their use of the nation’s roads and those who want to continue—or even expand—EV owners’ unfair privileges. 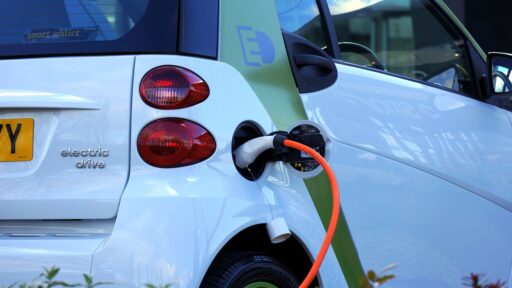 Incorporating charges, such as additional registration fees, to offset this gaming of the infrastructure system just makes sense. Currently, 24 states—including notoriously EV-friendly California—agree, imposing some form of fees to help ensure that EV owners pay their fair share. And more states are considering legislation to address this inequality.

As Iowa Rep. John Forbes, who backed recent fee legislation in that state, said, “My feeling is that people using the system should pay for the system … In the end, if we don’t have good infrastructure to drive our vehicles on, our economy is going to suffer.”

This push by state lawmakers is no doubt also fueled by the blatant inequalities of existing state and federal EV tax credits. EVs are overwhelmingly purchased by wealthy families but they have their purchase offset with up to $12,500 in working-class taxpayer dollars, making EV subsidies truly “a Robin-Hood-in-Reverse Policy.”

At the federal level, some lawmakers are working to repeal this unfair wealth transfer from working-class families to the wealthy elite. Wyoming Senator John Barrasso and Missouri Representative Jason Smith have introduced The Fairness for Every Driver Act to end EV subsidies, with Sen. Barrasso noting “Every time one of these [EV] cars sells, the U.S. taxpayer must help pay for it. …It’s time to take taxpayers off the hook. The industry no longer needs these subsidies.”

But on other side are lawmakers seeking to extend and expand EV owners’ free ride, despite the heavy cost to taxpayers.

A new analysis of federal proposals to extend EV tax credits has found that such proposals would be both expensive and inefficient, with several proposals costing taxpayers in excess of $15 billion in the course of a decade—money that would be far better spent on infrastructure improvements.

But despite the high price tag, such efforts would have little impact on EV purchases—which makes sense, given that most of these EVs are being purchased by wealthy families who can afford to buy EVs without the tax credit. In fact, each additional EV purchased because of these tax extensions would cost taxpayers between $22,400 and $34,400. That’s poor policy, a blatant wealth transfer, and an unfair burden upon working-class families who cannot afford the EVs that they are financing for their wealthier countrymen.

An Oregon lawmaker, meanwhile, is aiming for a more direct and overt wealth transfer from ICE owners to EV owners. He has proposed changing Oregon’s constitution to take money from the Highway Trust Fund—which is comprised entirely of taxes people pay at the pump—to pay for for EV subsidies.

While it’s reassuring that many states are attempting to offset the EV free-rider problem, there’s still a long way to go before taxpayers begin to recoup the costs of propping up the EV industry.

Editor’s Note: Electric vehicles run on power generated mostly from natural gas these days, which means they contribute to natural gas demand, but they also encourage use of coal, the second biggest resource employed to generate electricity. These subsidies also distort the market and raids the pockets of middle class taxpayers to finance toys for the better off. This is a thoroughly bad idea for those reasons.

Advocates, of course, want the toy subsidies and the ability to preen. Plus, they have dreams of forcing everyone to also use subsidized renewables to eventually produce the electricity, but they’re nowhere close to be able to make it happen economically or politically. EV owners, therefore, are simply ripping off the system. We’d all be a lot better off if CNG, LNG and electric vehicles were simply allowed to compete and we let the market determine the winners. In the meantime EV owners are doing nothing whatsoever for the environment but they are spending taxpayer money we don’t have.