The tenacity of the Constitution Pipeline folks in not giving up and continuing the good fight is one of the best signs the pipeline industry now gets it.

Seems like a week doesn’t go by that MDN isn’t asked (by someone from Pennsylvania), “Is there any hope of building the Constitution Pipeline through New York?” Our standard response is this: The only way it gets built is: (a) NY elects a new governor favorable to the industry–about a 1% chance of that happening, (b) President Trump issues an Executive Order overriding Cuomo’s blockade of Constitution (and other pipeline projects)–maybe a 10% chance of that happening, or (c) the Federal Energy Regulatory Commission (FERC) reconsiders a decision to not overrule NY’s move to block the project–maybe a 15% chance. 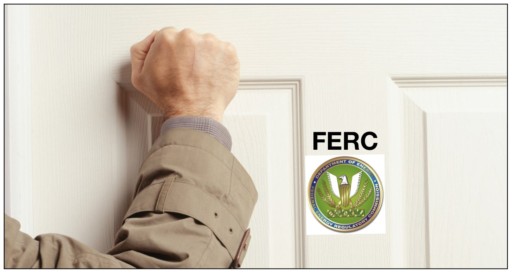 The U.S. Supreme Court in April refused to consider the Constitution Pipeline case, closing that door. In January of this year, FERC turned down Constitution’s request to overrule NewYork. But then Constitution (i.e. Williams) asked FERC to reconsider their ruling, to “rehear” the case as it’s called, in February. In March, FERC gave themselves a little more time to think about rehearing the decision, but since that time, the agency has been silent.

Yesterday, Williams/Constitution filed a request with FERC asking them to urgently, speedily, quick-like-a-bunny, pretty-please with a cherry on top hurry up and reconsider/rehear their earlier decision, this time hopefully overruling NY.

Could it happen? Sure, it could. Will it? Doubtful, but hey, hope springs eternal! Williams/Constitution also filed an official request yesterday with FERC to extend the deadline to build the Constitution project–from this year to 2020. If FERC grants the extension, then maybe there is a glimmer of hope that FERC will change its mind, or that FERC somehow sees a way that Constitution can still get built.


First up is Constitution’s request to FERC for expedited action on the rehearing request (you can read the latest filing here and our earlier story on the request itself here). Interestingly, they include in the Appendix an article that ran on MDN (and other outlets) back in May. One of the lawyers who filed a petition with the U.S. Supreme Court requesting the Supremes hear the Constitution Pipeline case wrote and published a column that rips the mask off New York Gov. Andrew Cuomo and exposes him for the corrupt autocrat he is.

The column uses a number of legal references and arguments, but we summed it up this way: (1) Cuomo has been caught admitting he has imposed an illegal moratorium on new pipelines; (2) Cuomo’s action in blocking the Constitution and other pipelines usurps federal authority; and (3) Cuomo’s actions in blocking pipelines threatens national energy security. Hopefully, the column will enlighten at least the Republican members of FERC.

Second, here is Constitution’s request to FERC asking them to extend the deadline to build the project from December of this year to 2020.

First, of all, it is my life experience that persistence is eventually rewarded in most cases and Constitution Pipeline is nothing if not persistent.

Secondly, the company’s arguments are consistently improving in their sharpness of focus on the real issue—the corruptness of what New York State has been doing at the behest of the NRDC gang.

Thirdly, it is tremendously encouraging that Williams, like most of the pipeline industry, which displayed a horrible naiveté in dealing with New York early on, has now learned it’s lesson and is playing hardball. The industry is, at long last, getting it.

Fourthly, it’s important to understand Constitution Pipeline can start over if it loses this one and play the game the way it needs to be played, by going to court at the first sign of political harassment, as Millennium Pipeline did when it beat Cuomo’s corrupt DEC.

Finally, it’s important to remember things have changed since DEC first went to war against pipelines. The country has now witnessed ships bringing Russian LNG to Boston (not to mention the highest spot gas prices in history) and the tide has turned politically. Governor Corruptocrat, as usual, is playing yesterday’s game while imagining he’s on the cutting edge, but he’ll get with the program eventually or face the consequences of this becoming a national security issue where he’s simply shunted aside. That would be a great outcome for all, including him, of course.

One thought on “The Constitution Pipeline Keeps Banging at the Door”