If what’s happening in the UK is any indication, with a Labour candidate asking for reason when it comes to fracking, you can now hang it up as a fractivist.

Something remarkable just happened in the UK that portends the approaching end of fractivism both there and here. The UK is the midst of an election. A Labour Party parliamentary candidate for North East Derbyshire named Natascha Engel just said “spreading scare stories for which there is no reliable evidence about increases in cancer rates and low-birth-weight babies is unforgiveable” and “should have no place in the debate about energy, climate change and shale.” It’s something akin to the Flat earth Society sponsoring a “round the world” cruise and reflects a new political reality — fractivism isn’t selling anywhere outside beyond the ivory towers of the gentry class.

The Labour Party is officially fractivist and has promised to ban fracking, but Natascha Engle comes from a former coal mining region in north central England, southeast of Manchester. Its economy is described  as follows:

The economy of North East Derbyshire has traditionally been based upon the coal, steel and heavy engineering industries. The decline of these industries over the last 20 years has led to a dramatic increase in unemployment in the more heavily populated eastern parts of the District. The western areas are rural and agricultural in character and have suffered from the decline in agriculture. 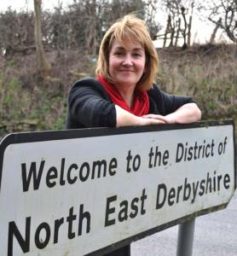 It’s obviously no fun being the supposed advocate of blue collar labor and having to tell workers you’re more interested in appeasing gentry class aesthetes and entertaining their cultivated displays of virtual signaling. This is especially so when your natural constituency has screamed foul over this treachery, calling it “nonsense” as well as “madness” and noting it would force the UK to rely on foreign dictators – “henchman, hangmen and headchoppers” – for gas and deprive places such as North East Derbyshire of much needed high-skilled jobs.

That’s what the GMB trade union, once known as the Gas Workers and General Union had to say to Labour. If American labor would talk to their favorite pols in such blunt fashion perhaps Governor Cuomo would be less inclined to regularly stab his New York labor constituency in the back. The GMB was harder to ignore and Natascha Engle has apparently listened and heard the message. She issued a quite remarkable statement on the subject of fracking that needs to read here in the US as much as the UK. This sort of thing just doesn’t happen in parties where politicos tend to fly in tight formation, but it needs to happen if the rule of reason is to have a fighting chance. Here’s some of what she had to say (some emphasis added):

Since hearing of the possibility of fracking in North East Derbyshire, like many of you, I have immersed myself in the subject. I have read reports and talked to campaigners against fracking, the industry, experts, and academics on shale, geology and energy…

I know how upset and worried some people are about fracking especially about health, safety, house prices and security. From visiting sites, speaking to engineers and public health experts, I have not heard, seen or read anything that convinces me that shale exploration is any more or less safe than conventional oil and gas drilling.

Hydraulic fracturing (fracking) is a technique that has been used since the late 1940s to extract conventional oil and gas. We have had thousands of onshore oil and gas wells drilled over the decades (some of which have been fracked) and currently have over 200 wells around the country pumping quietly away with little or no concern to local residents.

There will, without a doubt, be significant disruption during the building phase of a shale site during the clearing, rig building and initial fracking phases, and there will be more than usual heavy lorry movements carrying water and aggregate…

But the disruption caused by the building and drilling phase is the same as with any large build project, whether it’s industrial, a new school or a new supermarket – and in the case of a supermarket, the increased lorry movements will continue throughout the life-time of the supermarket and there will be no compensation paid to locally-affected residents.

The other real concern that people have raised is over the water table, drinking water and the potential risk to disused pits and mineshafts. Again, this is something that we have to keep a close eye on but the regulations covering fracking are extremely tight and the planning conditions have been strengthened over the years.

It means that 3D seismic testing has to take place to find fault-lines or disused mineshafts before anyone can frack, and baseline testing has to have been carried out a year before fracking happens so that any changes in the soil, water or air are immediately noticed and drilling is stopped. These conditions are far more rigorous than any conditions the construction industry has to meet.

From what I have seen, the independent engineers I have spoken to at the Royal Society for Civil Engineers and the British Geological Survey, the casing of a shale pipe through the water table has to be three steel tubes, each injected with a layer of cement. The chance of any contamination of the water table from shale extraction in this country is almost impossible.

One of the biggest problems about shale exploration that I came across was that no-one knows where to get trustworthy advice or facts about fracking – what it actually entails and what the risks are. There is a lot of information on the internet and much of it is either not relevant to the UK or just plain scaremongering.

There is the industry on the one side which people don’t trust because they have a vested financial interest in downplaying any risks, and on the other side are the green campaign groups for whom anti-fracking campaigns have seen an enormous boost in donations and membership. They have a different agenda which is to see the country de-industrialise…

We should be doing far more to encourage wind, solar and water energy generation as well as putting more money into researching carbon capture and storage.

But spreading scare stories for which there is no reliable evidence about increases in cancer rates and low-birth-weight babies is unforgiveable. I have not seen credible evidence to support this and it should have no place in the debate about energy, climate change and shale.

While I agree that we should do all we can to reduce our greenhouse gas emissions, I do not believe in de-industrialisation. Most people (including me) want to come home after work, switch on the lights, turn on the heating, run a hot bath and cook meals on their hobs.

Most people would rather pay less for utility bills and many people are also concerned for the environment and would rather have less pollution and lower greenhouse gas emissions.

From a green perspective, investment in renewables is essential. But gas will still have a role to play for the foreseeable future and we might as well make it as low-carbon as we can, controlling it better, and getting our domestic energy prices down. This will be especially important after Brexit.

Energy is something which Derbyshire is expert in with its proud coal mining history and mineral richness. It seems that beneath our feet could be another large-scale manufacturing industry that is nowhere near as dangerous as sending people down deep mines. If the shale industry develops in the UK, it would use some of the most advanced civil and petro-chemical engineering technologies in the world and could create a whole new generation of jobs for our children and grandchildren.

In Danesmoor near Clay Cross, we already have the country’s best rig-building company being used by the industry all over the country. They are struggling at the moment with protesters chaining themselves to the factory gates. But if this industry comes off, we could see a massive expansion creating many more jobs in Danesmoor alone.

If, on the other hand, we allow the protesters to stop the company from supplying rigs, the opposite will happen. The jobs that exist in Danesmoor today will not be there tomorrow…

Many people say that even a small risk is a risk too far. If this is how we lived our lives, we would have no development of any kind. It is about making sure any development is safe…

If shale exploration is going to happen, let’s make sure that we get the most out of it.

Although Engle through in a barb or two aimed at our fracking practices in the US and the LNG we’d be most pleased to sell her constituents, her statement is simply wonderful; a big dose of realism perhaps inspired by the trade unions who would normally vote for her but happen to be mad as hell right now at Labour. I applaud her and I don’t do that lightly when it comes to left-leaning pols. 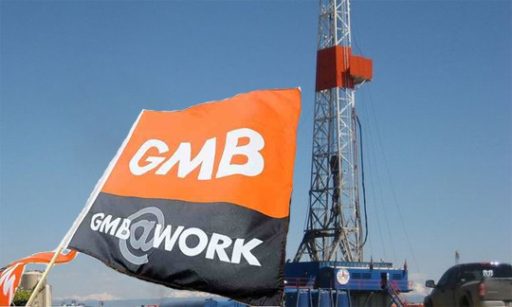 Now, if we could only get some of those labor unions who want those fracking and pipeline jobs in New York to talk to Governor Corruptocrat in the same blunt manner as the GMB, we might get somewhere in the Empire State. Meanwhile, the big lesson here is this; if you’ve lost labor and you’re a member of a political party supposedly dedicated to it, you’d be well advised to hang it up as a fractivist. It is a time for choosing. Do you stand with a gentry class intent on virtue signaling or a working class invested in families, jobs and reason? Natascha Engle chose the latter and Andrew Cuomo (so far) has stood with the snobs.

3 thoughts on “If You’ve Lost Labour, You Can Hang It Up As A Fractivist”