Fractivists in Youngstown, who are growing tired of losing, are taking the extreme approach to try and change the rules and legalize civil disobedience.

Anti-fossil fuel agitators in Youngstown, aided and abetted and whipped into a frenzy by the radical Community Environmental Legal Defense Fund (CELDF), have grown tired of losing. Six times now they have gotten enough signatures to put a so-called Community Bill of Rights (i.e. anti fracking) measure on the ballot for voters. And six times they have lost.

As we reported in May, the nutters are making another run at it, placing an anti-fracking measure on the ballot for the seventh time. But this time there’s a twist–they want to legalize illegal actions of “civil” disobedience. That is, they want to break the law but not be held accountable for their actions. 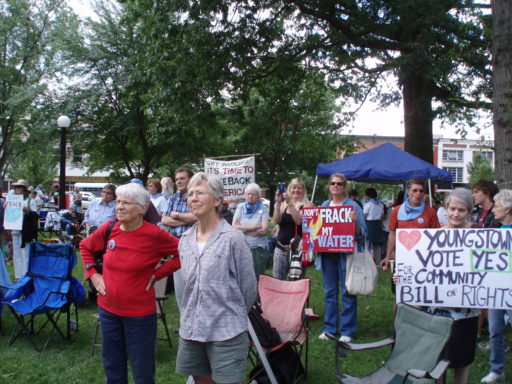 Now comes word the nutters aren’t stopping there. They plan to put a second measure on the Youngstown ballot in November. Both measures are loaded with anti-democratic regulations that would, if enacted, eliminate free speech by capping the amount of money that can be spent to campaign against their ballot measures. Nothing better than a loaded deck of cards when you sit down to play, right?

The nutters also want to ban the use of money raised from wastewater treatment to be used on economic development projects. Let’s sum it up this way: Youngstown antis lose every time they float ballot measures related to fracking and fossil fuels, so now they want to change the rules (i.e. laws) to stack the deck in their own favor. What they can’t get at the ballot box, they now want to get by force, in legalizing civil disobedience.

What they want to bring to Youngstown is, in a word, anarchy.

Opponents of oil and gas activity within the city are adopting new tactics to prohibit the industry, including a new version of the so-called Youngstown Community Bill of Rights that would deal a blow to one of the city’s key economic development tools.

Having failed to pass the charter amendment six times — most recently last November –this time the activists are circulating petitions to place two amendments on the ballot.

“Citizens are never going to have their voices heard again unless we change the system,” said Lynn Anderson, a longtime opponent of oil and gas activity in the city and who is affiliated with the Community Bill of Rights Committee.

One petition supports a modified version of the earlier bill of rights titled the Youngstown (misspelled as “Younstown”) Drinking Water Protection Bill of Rights.

Citing residents’ “right to clean water, air and soil, and to be free from activities that would violate this right,” the proposed amendment, as did earlier versions, would prohibit activities inside city limits that include drilling wells or extracting oil and gas “using any technology not previously used on an existing well after the date of enactment of the amendment, or disposal of drilling waste from extraction operations such as wastewater or water used in hydraulic fracturing, or fracking.”

The other petition calls for amending the city charter so it would restrict donors’ ability to make campaign contributions to “any local candidate or issue” to registered voters in the city and cap those contributions at $100 per elector per ballot measure or candidate. Corporations, labor unions, political action committees, political parties and other funding entities would be barred from donating to local candidates or issue campaigns, or from spending money “to influence the outcome of any ballot measure or candidate.”

Among other provisions of that charter amendment are preventing city government from requiring individuals who wish to speak at meetings to register in advance or seek permission; requiring meeting agendas be made available 24 hours in advance; and requiring a form of paper ballot tracking be made available to verify electronic voting results.

Since the committee’s first attempt to pass a charter amendment, the oil and gas industry and interests such as the Koch brothers have put money into local elections, including through labor unions, to defeat the amendments, Anderson charged.

“We have to change the laws and we have to take back our rights,” she said. “The first thing we’ve got to do is get the big money out.

Rebranding of the oil and gas charter amendment is meant in part to overcome confusion Anderson says was sown by opponents who convinced voters that voting “no” meant they were voting against fracking.

“It was so hard and confusing,” she said. “Now it’s ‘yes’ for water protection.”

The charter proposal regarding water appears the same as before, except the provision that curtails Youngstown’s ability to use water and wastewater funds to promote economic development, which the city has done 25 years, Mayor John McNally said. 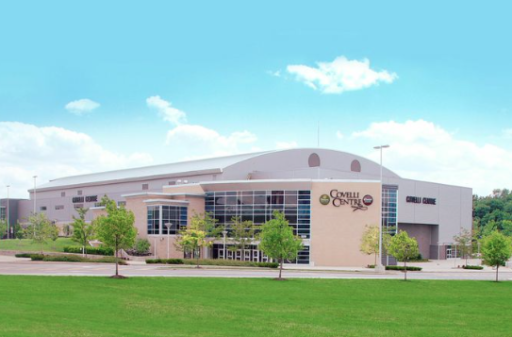 “It’s helped with a whole slew of projects in the city of Youngstown, not just downtown,” he added.

Losing that ability would hinder development efforts, affirmed T. Sharon Woodberry, city director of community planning and economic development. “We’ve had some very significant economic development happen as a result of the city participating and providing funds for water and wastewater costs,” she said.

Anderson disputed that the water and wastewater grants contribute to job creation. Exterran Energy Solutions Inc., a company that manufactured equipment used by extraction companies, closed its office here last year following the downturn in the industry. She said Exterran walked away with the $85,000 water/wastewater grant the city provided for the plant.

If not for the downturn in oil and gas, the incentive would have supported 168 jobs at Exterran, as it did while the plant was open, McNally said.

Although the city’s position is that the time to evaluate constitutionality of a ballot initiative is after it becomes law, Law Director Martin Hume said there are matters that would be “problematic,” such as the First Amendment issues raised by the elections and local government access initiative. McNally agreed the elections amendment likely would face free speech and constitutionality challenges.

Guy Coviello, vice president for government affairs with the Youngstown Warren Regional Chamber, called the activists’ approach “more extreme and detrimental in that they are seeking to legalize civil disobedience in the city.”

Both amendments also contain “right to enforcement” provisions. The provision in the water protection amendment – should the city not enforce or defend it or a court fails to uphold it — empowers “any natural person” to enforce it “through direct nonviolent action” or via a lawsuit.

That language allows individuals to “commit any nonviolent act of civil disobedience,” such as sitting in front of a bulldozer, and says police “may not intervene.”

Coviello, McNally and Hume all pointed out that state lawmakers last year approved giving local boards of elections greater latitude to entertain whether to place an initiative on an election ballot.