Fracking is accomplishing wonderful things for this nation, making us, once again, an industrial powerhouse with spectacular potential far beyond our dreams.

There is such good news out there when it comes to fracking, even though the term often fails to be part of the story. A Today In Energy post this past week from the Energy Information Administration about exports caused me to investigate a bit further and what I discovered in the form of data and charts is instantly revealing of the power of fracking. 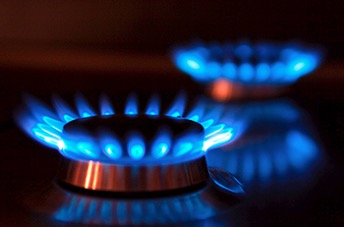 This is the part of the EIA post that caught my attention:

…propane export growth has accelerated. Propane exports are shipped to different destinations than other U.S. petroleum exports. Most other U.S. petroleum exports stay in the Western Hemisphere, but some of the top destinations for U.S. propane exports are Asian countries such as Japan and China. Propane has many non-transportation sector end uses, including as a fuel for heaters and cookstoves and as a feedstock for petrochemical industry.

This paragraph was accompanied by an amazing graphic: 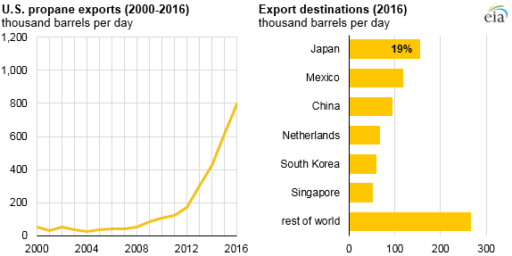 Just look at that chart and what’s happened since the shale revolution began in earnest in 2007-2008. Pay attention, also, to where we’re exporting the propane. Japan, one of our most important of all allies is getting energy from us. Likewise, Mexico, with whom we have a balance of trade issue, is also getting ever more of our propane. That propane comes from natural gas and petroleum refining. It’s clean, it’s affordable and it’s easy to transport by a variety of means. The shale revolution —that is to say fracking combined with horizontal drilling — has enabled us to grow our exports tremendously with all these benefits and others. No mention of shale or fracking is made in the article but we know this is what has made it all possible.

It’s also more than just propane or exports. The data comes from EIA’s Petroleum Supply Monthly report. Follow the link and and you’ll have access to dozens of tables, including this one detailing Natural Gas Plant Field Production, which can be modified to focus on various aspects of the data. Here’s what the data shows for production of butane, ethane and propane from natural gas. Once again, fracking’s contribution is startling. 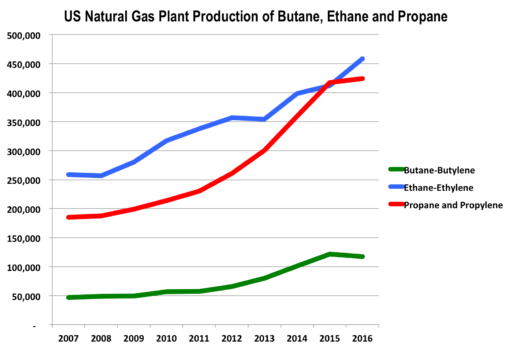 Butane is a basic feedstock for the production of petrochemicals. Ethane is used in the production of ethylene for making plastics, anti-freeze and detergents. It is also a ripening agent for foods, is employed as a refrigerant and is used in producing welding gas. Propane is primarily used as a heating fuel. All three are essential to modern life – all made possible by fracking.

The EIA data also tells us where these production increases have been occurring. Appalachian production (primarily Marcellus Shale) accounted for more than 122 million barrel or 1,691% increase since 2008, representing 20% of the gain nationwide. The Dakotas and environs grew 1,366% and accounted for 11% of US gains. Texas inland plants added over 259 million barrels of production for 42% of US growth. All together, the three fracking areas accounted for 74% of all natural gas plant production increases, contributing to a whole new picture for not only exports but also US manufacturing. It’s good news across the board, in other words.

It’s wonderful things, in fact, wherever you turn when it comes to fracking. That’s the bottom line – even when the word never appears.

3 thoughts on “Wonderful Things: How Fracking Is Changing Everything”