Governor Tom Wolf is a petulant child determined to push his ill-conceived  and twice-denied severance tax at the expense of farmers and other landowners.

As politicians and analysts begin to dig into one of the centerpieces of Pennsylvania Gov. Tom Wolf’s proposed 2017 budget — his third try at 6.5% severance tax on Marcellus/Utica drilling — new disturbing details have begun to emerge. He seems to have learned nothing from his two previous and embarrassing attempts to push this tax onto the back of farmers and other landowners while pretending he’s only going after gas companies.

Most lease contracts contain a provision that says any taxes paid, including severance taxes, are a post-production expense and deducted from landowner royalties. So if Wolf’s severance tax were to pass, the people paying it would be landowners. That’s $200 million or so coming out of farmers’ pockets. 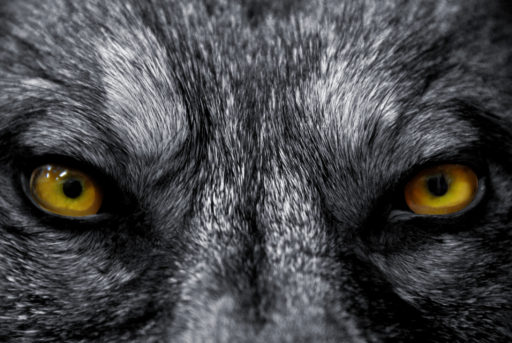 What are the Wolf’s eyes on?

Wolf & co. knew that situation would not earn them any votes, so they included a plainly illegal provision in their proposed budget disallowing severance tax deductions from royalties. Overturning existing contracts is illegal and sure to be challenged in court, but if somehow that provision got upheld and the tax passes, it’s easy to predict what would happen. Marcellus drilling would mostly cease.

Wolf’s proposed 6.5% severance tax would put the state at, or near the top of, all states in severance tax rates and make Pennsylvania gas uncompetitive. Some of the biggest drillers in the state have recently leased acreage in other plays and would have no problem with shutting down new drilling in the Marcellus; moving on to other plays where the economics make more sense for now.


It was 19th-century French economist Frederic Bastiat who reminded that “an act … gives birth not only to an effect, but to a series of effects.”

“Of these effects, the first only is immediate; it manifests itself simultaneously with its cause — it is seen,” Bastiat wrote. “The others unfold in succession — they are not seen: it is well for us if they are foreseen.”

Unfortunately, those who again are pushing for a severance tax on shale natural gas in Pennsylvania have chronic poor foresight.

“While proponents of the severance tax are quick to point out that Pennsylvania is the only major gas producer without a tax on the value of gas produced, they fail to mention that the commonwealth is the only state with an impact fee,” note Frank Gamrat and Jake Haulk, scholars at the Allegheny Institute for Public Policy (in Policy Brief Vol. 17, No. 10).

And they also fail to discuss the damaging effects of a new extraction tax.

“If the severance tax passes at the proposed rate, Pennsylvania would go from not having such a tax to having one of the highest rates in the nation,” the Pittsburgh think tank researchers say.

And that would be a major disincentive to drill in Penn’s Wood.

Furthermore, the tax will lead to lower mineral rights payments for property owners.

“Most royalty payments made by producers … contain deductions for a severance tax,” Gamrat and Haulk remind, and that implies lower income tax revenue for the state.

Not to mention a disincentive for property owners to sell those mineral rights.

And even with offering producers a tax credit to offset the impact fee, Gamrat and Haulk say it will further underscore Pennsylvania’s status as being unfriendly to business and lower not only the profitability of gas production in Pennsylvania but the incentives to produce gas in the Keystone State as more business-friendly states capture a larger share of expanding production.

“At a time when the industry is just recovering from low prices and a subsequent reduction in its workforce and drilling activity, there needs to be encouragement for growth, not more disincentives as represented by a severance tax,” Gamrat and Haulk stress. 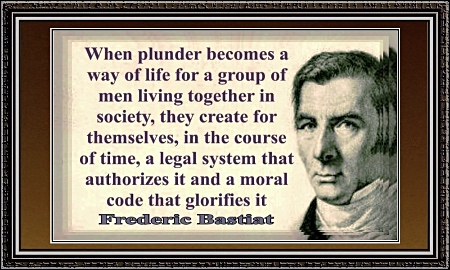 The great French economist also reminded that “the sweeter the first fruit of a habit is, the more bitter are the consequences.”

Consider it the malady of politicians who, blinded by a supposedly “easy” revenue source, inexplicably believe that the fundamental laws of economics don’t apply to their business-retarding actions.

Bad economists, as with bad pols, promote a small, immediate good that invariably is followed by a larger and longer term evil. Good economists — and good pols — pursue and promote the greater good to come at the risk of a lesser present evil.

As legislators begin to hold hearings, new details emerge about Wolf’s severance tax, like the fact it illegally disallows drillers to deduct it, even if contracts have such a clause:

“I know quite a few drillers back home that would love to see an MCF more than double over the next two to three years, but they’re not terribly optimistic that’s going to happen,” Pyle said.

Wolf’s 6.5 percent severance tax proposal would not allow companies to deduct post-production costs, other than a drilling impact fee the state imposes. That would make it the only state severance tax law in the nation not to allow such deductions, said Matthew Knittel, director of the Independent Fiscal Office.

For nearly a decade, Republican lawmakers have fought off Democrats’ efforts to impose a severance tax on the booming Marcellus Shale industry, the nation’s most prolific natural gas reservoir. That makes Pennsylvania the only major gas-producing state not to tax the product. In 2012, lawmakers instead imposed the drilling fee on Marcellus Shale wells, much of which benefits drilling communities.

Editor’s Note: Pennsylvania’s existing impact fee, according to Commonwealth’s  Independent Fiscal Office (see Table 3 from report below), already amounted to an effective tax rate of 6.9% in 2015 and 5.0% in 2016, which means the idea the industry is getting a free ride is completely false.

Moreover, any thought the severance tax proposed would produce much needed new revenue now is obviously false as well. What Wolf wants is to punish the industry by making it pay for not going along the last two years. He also wants to posture for his political base of environmental activists. And, on the off-chance the thing passed, it would lay the foundation for collecting much higher taxes in the event prices rise significantly in the future. Pennsylvania’s impact fee is already a high tax at current rates but that isn’t what the Wolf is salivating over or what his eyes are on.