Wind energy may well be part of an “all of the above” energy strategy but taxpayer subsidies and windmill industrialization impacts shoudn’t be ignored.

This is the reality:  Industrial wind energy is NET LOSER – economically, environmentally, technically and civilly. Let’s examine how. 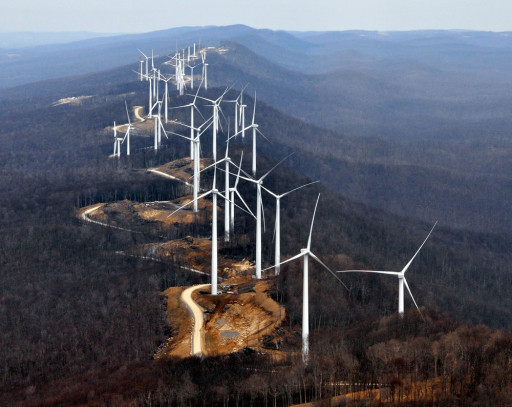 Economically. New York State (NYS) has some of the highest electricity rates in the United States – a whopping 53% above the national average. This is due in large part to throwing hundreds of billions of our taxpayer and ratepayer dollars into the wind. High electricity costs drive people and businesses out of the state, and ultimately hurt poor families the most.

A NYS resident using 6,500 kWh of electricity annually will pay about $400 per year more for their electricity than if our electricity prices were at the national average. That’s over $3.2 BILLION dollars annually that will not be spent in the rest of the state economy.

Why destroy entire towns, when just one single 450-MW gas-fired combined-cycle generating unit located near New York City (NYC) – where the power is needed – operating at only 60% of its capacity, would provide more electricity than all of NYS’s wind factories combined.

Furthermore, that one 450 MW gas-fired unit would only require about one-fourth of the capital costs – and would not bring all the negative civil, economic, environmental, human health and property value impacts that are caused by the sprawling industrial wind factories. Nor would it require all the additional transmission lines to NYC.

The Institute for Energy Research tallied the numbers and found that each wind job costs $11.45 million and costs more than four jobs that are lost elsewhere in the economy, because of all the subsidies and the resulting “skyrocketing” cost of electricity. In fact, on a unit of production basis, wind is subsidized over 52 times more than conventional fossil fuels. 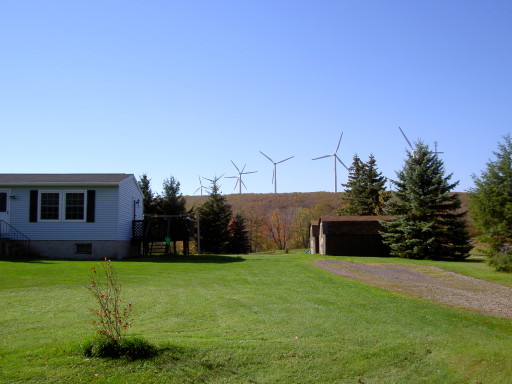 In the United Kingdom, David Cameron has finally awakened to the folly of wasting billions on the failed technology of wind. He recently declared, “We will scrap funds for wind farms.”

Environmentally. According to the AWEA, the USA has some 45,100 Industrial Wind Turbines (IWTs). Remotely sited IWTs are located far from urban centers where the power is needed. This requires a spider web of new transmission lines (at ratepayers’ expense), which exponentially adds to the needless bird and bat deaths caused by IWTs themselves.

Additionally, sprawling industrial wind factories cause massive habitat fragmentation, which is cited as one of the main reasons for species decline worldwide.

Studies show MILLIONS of birds and bats are being slaughtered annually by these giant “Cuisinarts of the sky,” as a Sierra official dubbed IWTs in a rare moment of candor.

Governor Cuomo’s environmental hypocrisy is also worth noting. Cuomo is supporting “dimming the lights” in New York City to help stop migrating birds from becoming disoriented and crashing into buildings. Yet simultaneously, Cuomo is pushing for many more giant bird-chopping wind turbines – with 600-foot-high blinking red lights, along the shores of Lake Ontario (a major migratory bird flyway), and across rural New York State.

The list of accidents, blade failures (throwing debris over a half mile), fires (ten times more than the wind industry previously admitted) and other problems is updated quarterly at a website in the UK. This lengthy and growing list is evidence of why giant, moving machines do NOT belong anywhere near where people live.

Even the AWEA admits that the life of a typical wind turbine is only 10 to13 years (January 2006: North American Wind Power). This is substantiated by studies on these short-lived lemons.

Adding insult to injury, the actual output of all of New York State’s wind factories combined has been averaging a pathetic 23 percent.  If IWTs were cars, they would have been correctly dubbed ‘lemons’ and relegated to the junkyard a long time ago.

Civilly. The only thing that has ever been reliably generated by industrial wind is complete and utter civil discord. Neighbor is pitted against neighbor, and even family member against family member. Sprawling industrial wind factories have totally divided communities, which is already apparent in towns across NYS and the country.  It is the job of good government to foresee and prevent this kind of civil discord – not to promote it.

Regarding human health, NYS officials admitted at a 2009 NYSERDA meeting on wind that they knew “infrasound” from wind turbines was a problem worldwide. The growing list of problems globally highlights that these problems are only getting worse.

At the NYSERDA meeting, a former noise control engineer for the New York State Public Service Commission, Dr. Dan Driscoll, testified that ‘infrasound’ (sounds below 20 Hz) are sounds you can’t hear, but the body can feel.

Dr. Driscoll said that ‘infrasound’ is NOT blocked by walls, and it can very negatively affect the human body – especially after prolonged, continuous exposure.  He said symptoms include headache, nausea, sleeplessness, dizziness, ringing in the ears and other maladies.

NYS Department of Health official Dr. Jan Storm testified that, despite knowing the global nature of the “infrasound” problem, NYS still had not done any health studies (despite having federal money available to do so). Here we are six years later, and indefensibly, NYS officials still have not called for any independent studies to assure the protection of New York State citizens. 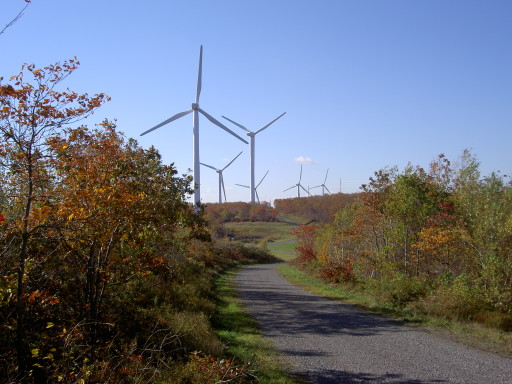 “The Golden Rule,” as espoused by Rotary International’s excellent ‘Four-Way Test’ of the things we think, say and do, should be the moral and ethical standard our public servants aspire to uphold.  The test asks:

When applied to the industrial wind issue, the answers are a resounding, “NO!”

Mary Kay Barton is a retired health educator, Cornell-certified Master Gardener, and is a tireless advocate for scientifically sound, affordable, and reliable electricity for all Americans. She has served over the past decade in local Water Quality organizations and enjoys gardening and birding in her National Wildlife Federation “Backyard Wildlife Habitat.”

Editor’s Note: As a matter of disclosure, I’ve worked on wind projects and Mary Kay Barton’s views don’t necessarily reflect my own, but they provide important information too many renewables advocates are all too willing to ignore in their ideological pursuit of alternatives to fossil fuels. Moreover, the idea we subsidize wind at great expense should concern everyone. If wind energy is to succeed it should do so on its own and be subject to the same scrutiny as other energy sources. Barton’s essay provides much needed perspective in that regard. There are tradeoffs with respect to EVERY energy source.

4 thoughts on “Windmill Industrialization? Say It Ain’t So!”