Andrew Cuomo a/k/a Gov. Corruptocrat, aided by a spineless Senate, is killing Upstate NY by throwing money at boondoggles while denying it a ready remedy.

Just how is that Upstate NY is supposed to survive the debacle that is Andrew “Corruptocrat” Cuomo and a mostly Upstate NY Republican Senate that enables him every step of the way? No clearer evidence exists of the state of corruption that is the Empire State than the continuing political freak show that is New York’s economic development program under Cuomo.

Billion after billion, indictment after indictment and failure after failure, Cuomo’s strategy has been one of choosing winners poorly and making a loser out of the one thing that would have made a huge positive difference. That was, of course, natural gas development and it needed none of his help, which its precisely why he felt no remorse in killing it for the sake of appeasing the NRDC gang. 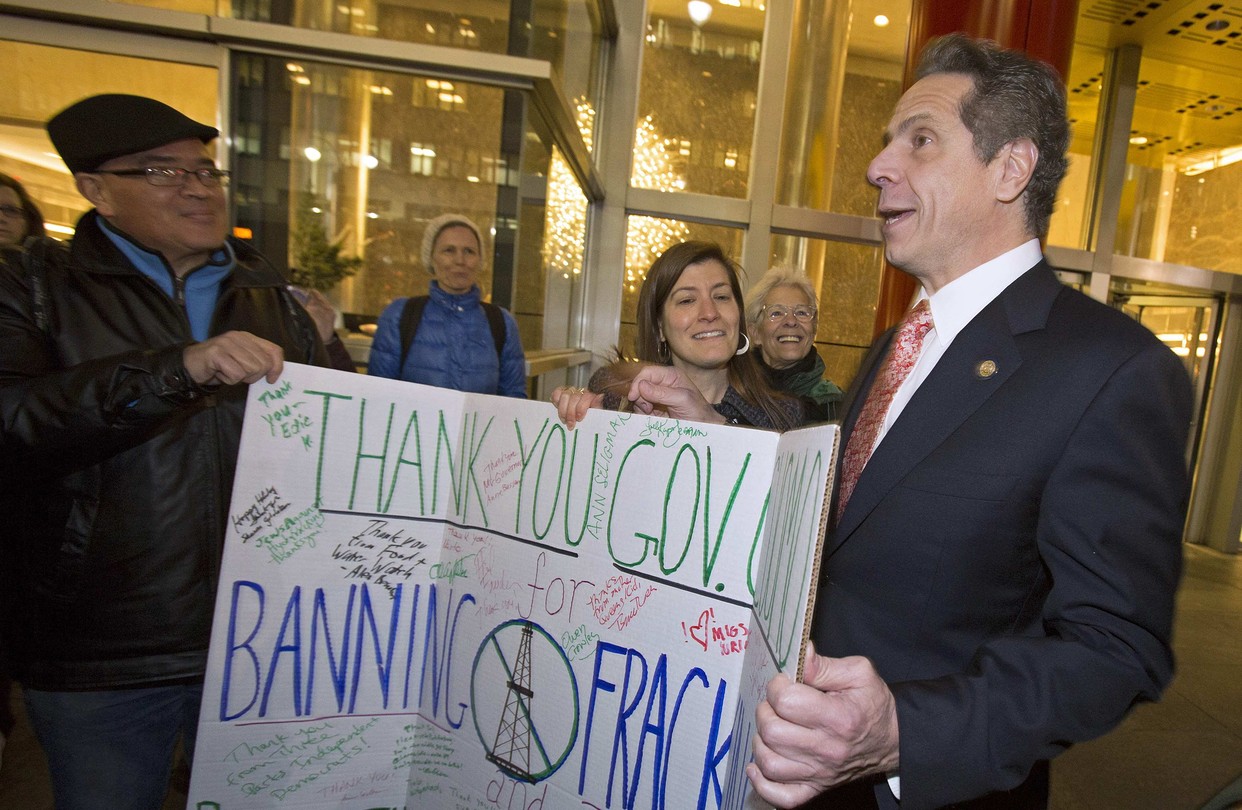 New York’s “economic development” programs are a joke — spending that rewards a few connected insiders while rarely delivering much real growth, let alone jobs. But the Legislature keeps trying to launch new ones…

As the Citizens Budget Commission notes, “No new [‘development’] programs should be approved until reforms are put in place to improve evaluation, procurement and disclosure requirements and existing spending is effectively evaluated.”

One bill would create “innovation vouchers” for small firms that partner with colleges, government labs and public research institutes. Another would allow $100,000 in new grants to small businesses doing energy and environmental work.

It’s as if the Buffalo Billion program weren’t mired in a rigged-bidding scandal.

A third bill would give tax credits to film and TV companies that hire women and minority writers and directors. Is that supposed to make up for the hundreds of thousands in taxpayer funds that went to Harvey Weinstein productions?

The Post followed this up the next day with another editorial titled “Cuomo’s Latest ‘Economic Development’ Implosion” that excoriates Corruptocrat for his failures:

The self-inflicted hits just keep coming to Gov. Cuomo’s upstate “economic development” schemes, thanks to a combination of corruption and grandiose but flawed planning.

The state Public Authorities Control Board has again opted to hold up a $38.5 million loan (i.e., bailout) to SUNY Polytechnic, which needs the cash to pay the mortgage on its NanoFab X building.

Problem is, one of the two anchor tenants has pulled up stakes (as it was scheduled to do after five years), with no replacement in sight…

It’s just the latest in a long line of state-funded projects that promised loads of jobs for struggling upstaters but produced precious little.

Like the Central New York Film Hub, which was supposed to bring 350 jobs to Onondaga but now sits empty. Or a $600 million Utica plant for Ams AG, which pulled out after it opened. And, of course, Buffalo’s Solar City plant, built with $750 million in taxpayer funds for an industry in decline.

The few success stories don’t make up for the jobs lost because of Cuomo’s fracking ban.

And, this list doesn’t even include the soured yogurt deals that were supposed to rescue Upstate NY or dozens of other smaller boondoggle projects that should never have been funded with taxpayer money. Corruptocrat, of course, had an opportunity to do the right thing and stimulate real economic development by simply allowing fracking with no subsidies required. He chose otherwise because there was no graft to be had, there was the NRDC gang to be appeased and there was a Republican Senate that loves picking winners and losers and doing inconsequential things like throwing money at universities.

How well I recall being at an event in Oneonta five years ago when Republican State Senator James Seward, a “go along to get along” guy if there ever was one, offered a crowd of angry landowner constituents his alternative to fracking as a lift for Upstate NY. It was an “economic summit.” It was laughable.

The silliness of such a suggestion capsulized the total ineffectiveness of even Upstate NY legislators of the opposite party in confronting Corruptocrat’s failed stategy. They have no interest in doing it; they’d rather do a meaningless talkfest. That is to say they’d rather talk down those who want real economic development than offend a corrupt governor. They’d rather support colleges doing more political correctness than science. 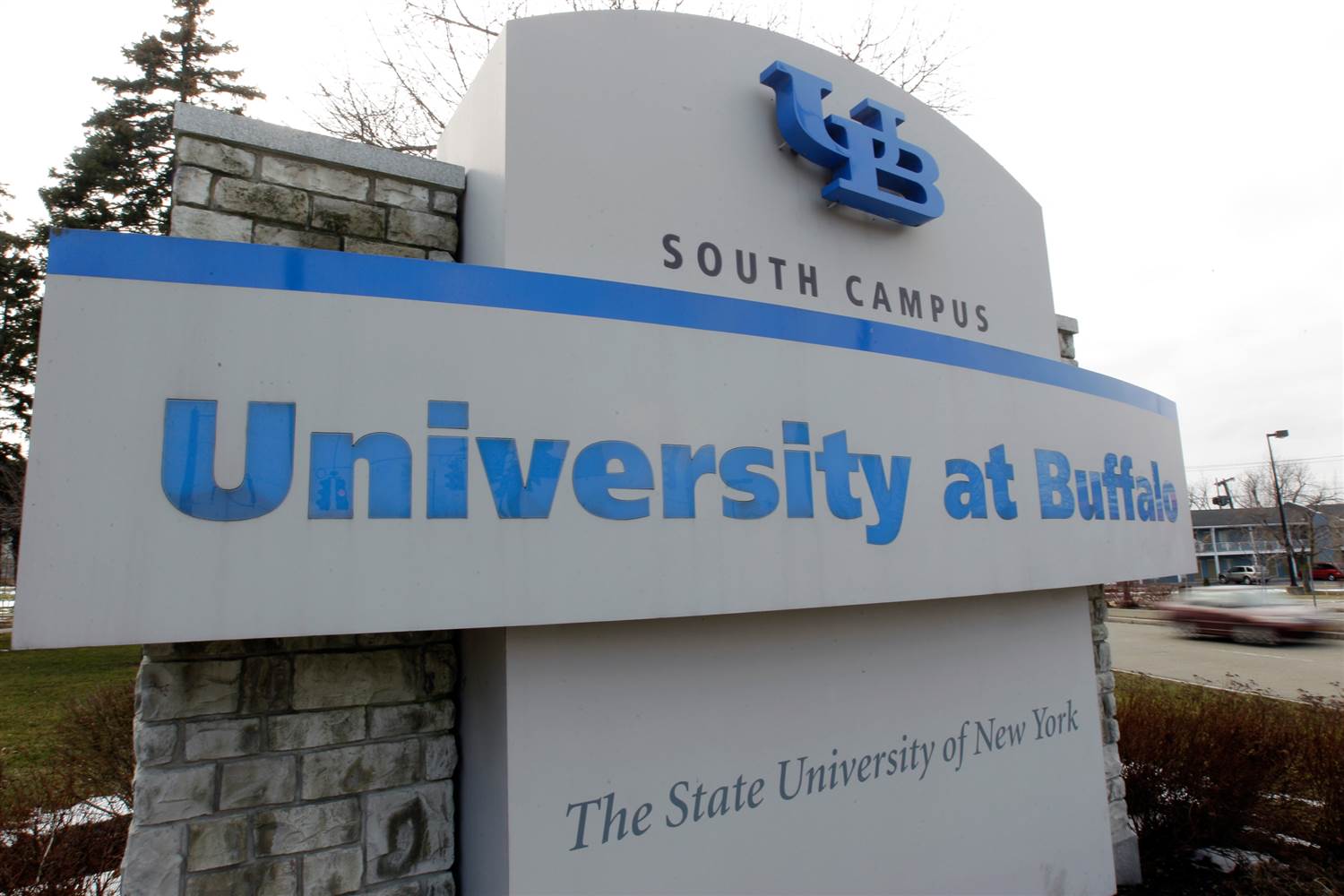 Meanwhile, though, at least one of those universities is showing us just how meaningless all that talk and political correctness really is. We’re told, in this Buffalo News article, the University at Buffalo is investing in fracking as it talks sustainability, in fact. The writer, of course, thinks the sin is the investing in fracking, not the vapid talk about sustainability. But, we know better, don’t we? The sustainability pablum is spewed by those with no responsibilities for producing energy, food or wealth. Rather, they’re paid to talk and the more politically correct the talk, the more it’s valued in the conformist world of the university culture. Moreover, as one reader writes, “So, when will UB stop graduating geologists and engineers who work in fossil fuel fields?”

Those with the fiduciary responsibility to ensure the continuation of the university itself and its ability to pay its faculty have to take a much more serious approach, though. They have to act and act wisely. They’ve chosen to invest in fracking because it is the future, just as China is doing. Sadly, New York State’s leadership lacks such wisdom or the courage to employ it, even as it, too, uses ever more natural gas and reaps the rewards of cleaner air. It prefers to starve Upstate NY out of existence, making a wilderness for the NRDC gang to enjoy.

It didn’t start with Corruptocrat either. It was a previous governor, for example, who loaned Empire State Development funds, intended for economic development, to the Open Space Institutute to expand that wilderness. Andrew Cuomo is just carrying on a tradition of abandoning Upstate NY to the wolves. He’s simply taken things to new levels of corruption and incompetence, making me wonder how Upstate NY will ever survive him.

3 thoughts on “How Will Upstate NY Ever Survive Corruptocrat and Company?”