Recent rumblings from Williams suggests there’s still lots of life left in the Constitution Pipeline, especially now that a FERC quorum has been restored.

The New York Department of Environmental Conservation (DEC) caved to corrupt political pressure from Andrew Cuomo in April, 2016 and denied the Williams Constitution Pipeline a necessary federal 401 water quality certification, blocking the project. At that moment, DEC stepped off a cliff. It’s been a long, slow process, but we’ve watched the agency fall ever since. And now, it will soon hit the bottom. 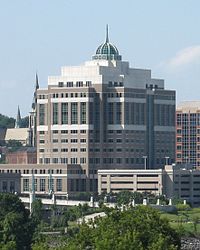 DEC was dead (metaphorically) the moment it issued its denial. It was a foregone conclusion the illegal action would not stand—that DEC would eventually be superseded and their role in permitting such projects would be stripped away.

But, you have to remember those were heady days for the fractivist left, when Cuomo was full of himself and the future seemed certain that the hapless Hillary would win the White House and further corrupt federal agencies like the Federal Energy Regulatory Commission (FERC), the agency that oversees projects like the Constitution Pipeline.

Then, the unthinkable happened. Hillary lost. And, now Cuomo and his corrupted DEC have no backstop at the federal level. Last week on a conference call to discuss second quarter earnings, Williams CEO Alan Armstrong responded to a question about the long-stalled Constitution Pipeline. He said Williams is working with The White House to get the Constitution project back on track. Reading between the lines, Williams is asking The White House to ask FERC to overrule the NY DEC and grant the stream crossing permits for the project. Armstrong now says he believes it will get built, and will be up and running, sometime in the second quarter of 2019.

Here’s a quick background, so you have the context:

The Constitution Pipeline is a $683 million, 124-mile pipeline from Susquehanna County, Pennsylvania to Schoharie County, New York carrying Marcellus Shale gas. Cabot Oil & Gas is one of the funders and partners of the project—and will be one of the main shippers when it gets built. However, Williams is the major shareholder in the project, and the company that will do the building.

FERC approved the Constitution Pipeline project in 2014–three years ago! As part of a pipeline’s approval, it must seek and obtain federal water quality certification and permits under the Clean Water Act to cross streams, rivers, wetlands, mud puddles, etc. Those permits are issued by state environmental agencies, on behalf of the federal government.

DEC dithered, for years, and eventually refused to grant the certificate. Antis rejoiced, believing the project was now dead. Williams took the DEC to federal court and is still waiting for a decision, due any time, from the court. However, a similar case brought by the Millennium Pipeline, wanting to build a short 7.8-mile spur in Orange County, shed new light on all such cases.

The U.S. Court of Appeals for the District of Columbia Circuit (where the Millennium case was located) dismissed the lawsuit by Millennium in June, which, at first blush, might seem like a blow. But, it was the reasoning and opinion of the judges in dismissing the case that changes everything in New York. The judges said there is no case because if, as Millennium says, the DEC is denying the water quality certification, FERC itself has the power to jump back in and supersede DEC for having squandered its regulatory role and issue the certification and permits. That decision caught everyone’s attention, including Williams. 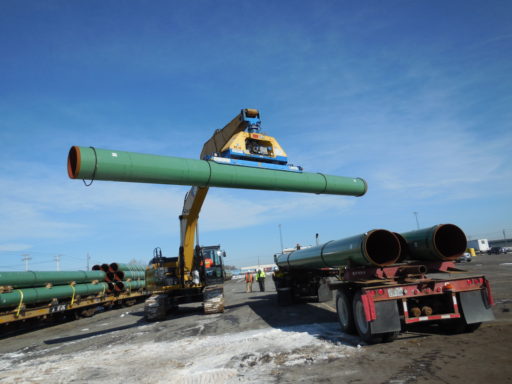 Will it get used soon?

Now, back to last week’s conference call. Williams CEO Alan Armstrong had this exchange with an analyst during the Q&A portion of the call:

…any more color around what’s going on at Constitution?

I would just say, we continue to expect something coming out of the Second Circuit there. But I would tell you, we were very encouraged by the D.C. Circuit ruling on Millennium. And then, basically telling the – that the New York DEC had waived and that they should go to the FERC for their permit. That was very instructive, I would say, relative to Constitution. And so we’re excited about that. We continue to work with the staff in the White House to move things along, because we think they have the rights to move things along on that project. So it remains a two-pronged approach. But I would tell you that the last month or so here has been encouraging in terms of how the court ruled on the Millennium project and the attention that that’s gotten in – within the White House staff. So anyway, just continuing to push on that. Nothing moves very fast on that front. But continue to be encouraged by what we’re seeing there.

Yes, my patience has been strained, obviously, as long as we’ve been pushing on that. But yes, I would expect to see some action here in ’17 still. So I feel pretty good. Now we’ve got a lot of work to do to then get the system installed and get through all of the very final permitting issues. But remember, we already have our certificate from FERC from that. And so, I think, the political environment is ripe and I think we either get some help from the courts which there’s some probability, but it’s a little bit unusual for a court to overrule an agency like that. But we think we’ve got a very good case in that regard. But I’d probably say, I’m more optimistic about the pathway through both the core and the FERC to gain approval with the White House’s assistance on that.

Translation: Williams hopes the courts will rule in their favor and make NY DEC comply, but they’re not holding their breath. Williams thinks they stand a much better chance of having the White House pressure FERC, and FERC granting the permission. And permission, either by court or FERC, will happen in 2017. That’s our take on what Armstrong is saying.

Later on another questioner posed this hypothetical: How long will it take to get Constitution up and running once FERC (or the courts) rule in Williams’ favor?

I was just wondering, on Constitution, I’m just trying to remember, if you were to get a Millennium-type decision, how long would it take to put the pipe into service? And can you remind us if there’s some seasonal issues? And what type of barriers would be to starting construction and birds nesting, et cetera?

Yes. Mike, you want to take that?

Yes. So right now, we would anticipate the earliest we can get that project in is early 2019, so probably second quarter 2019. And there are quite a few windows. But backing into an opportunity to get released this fall, that would put us in the first half of 2019. For an in-service date.

Editor’s Note: The takeaways here include not only Williams’ cautious optimism but also the reality they’re now addressing. Pipelines are now political thanks to fractivists and other malcontents and you don’t win by appeasing them, waiting them out or hoping for anything other than Machiavellian responses from the likes of Governor Corruptocrat. You must get in the game, play hardball and play to win. Millennium showed the way with its shot across the Cuomo/DEC bow and it’s nice to see Williams picking up on it.

4 thoughts on “Will FERC Make the Constitution Pipeline Finally Happen?”