An article appearing in the Wilkes-Barre Times-Leader regarding methane emissions plagiarized a Bloomberg News story in quotes by a local fractivist.

When a newspaper runs a story about environmental gains connected with natural gas development and devotes more than half the story to the opposing viewpoint, that’s a pretty good clue there’s something else going on other than simple reporting. The Wilkes-Barre Time-Leader editorial office has an appalling conflict of interest on the subject of natural gas development and it may have reared its ugly head yet again.

Our friends at Energy In Depth put together a blog post and a terrific infographic the other day summarizing data from the Environmental Protection Agency’s latest Greenhouse Gas Inventory report. A reduced size image of the infographic is offered below: 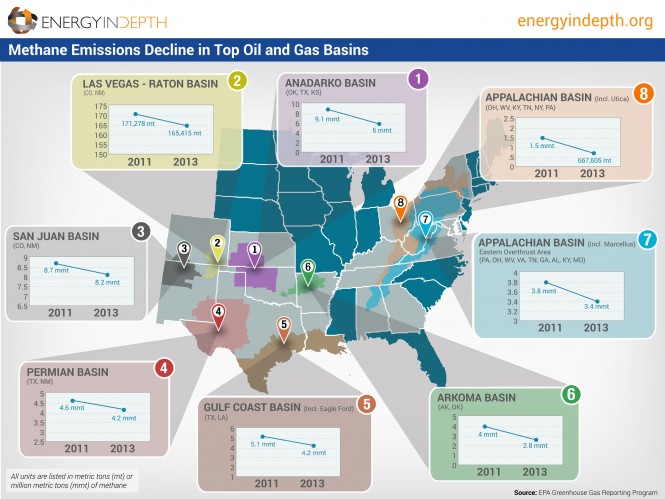 The data shows an 10.5% reduction in methane emissions for that portion of the Appalachian Basin that includes the Marcellus Shale region between 2011 and 2013, despite major increases in natural gas production.

The Wilkes-Barre Times-Leader ran a 414-word story on it, which should make us happy, right? Well, yes, except that 243 or nearly three-fifths of those words, were devoted to allowing our friend Scott Cannon, a spokesperson for the fractivist Gas Drilling Awareness Coalition (GDAC), to trash what is nothing more than a recitation of EPA data as the biased work of industry.

Here’s what Cannon had to say to the Wilkes-Barre Times-Leader, according to the paper:

Scott Cannon, a spokesman for the local Gas Drilling Awareness Coalition, responded that, “First, Energy in Depth is a public relations arm of the gas industry whose sole purpose is to take any negative information about the fracking process, and spin it to their advantage, so I certainly wouldn’t take any report from them as a credible, unbiased source of information. They (sic) jury is still out on just how much methane is being released by production, leaky well sites and faulty infrastructure.

“There is another study by Cornell University researchers that states the EPA’s calculations could be off as much as 50 percent. Meanwhile, researchers from the National Oceanic and Atmospheric Administration’s Cooperative Institute for Research in Environmental Sciences at the University of Colorado Boulder found that measured methane leaks from oil and gas operations in Colorado’s Front Range were three times greater than predicted by emissions inventory estimates, according to a May 7 study in the Journal of Geophysical Research: Atmospheres.”

He continued, “The EID report does not give any statistics like how many wells were in service in 2011 verses 2013. In fact, the EID report says ‘that methane emissions from oil and gas development have significantly declined in many of the top producing basins across the country, even as oil and gas production has skyrocketed,’ but a look at the US Energy information website says producing wells in the US are down since 2011 from 514,637 to 487,286 in 2013.”

When I read these remarks, it set me to wondering. I know Scott Cannon. He doesn’t talk this way. Moreover, the exact same article, including the typo and for which there is no byline, appeared on the Pittsburgh Post-Gazette’s Power Source page only 47 minutes after it went up on the Wilkes-Barre Times-Leader website, which is curious given it wasn’t an AP story. Then, I noticed all but the first sentence of the second paragraph from Cannon’s “response” was lifted word for word from a Bloomberg News story published on May 7 of this year. As I suspected, it wasn’t Scott Cannon talking.

Who was talking then? Was it simply a case of plagiarism without attribution? Perhaps, but it looks an awful lot like something PennFuture might have had a hand in somehow, given their own views on methane emissions and their obvious access to the Pittsburgh Post-Gazette. Is it possible?

Readers will also recall that conflict of interest I raised above. Mark E. Jones, the editorial page editor at the Wilkes-Barre Times-Leader is married to Pam Fendrock, PennFuture’s Web and Outreach Coordinator, a conflict the former never bothers to disclose, so far as we know. Was Mark E. Jones involved in this case in soliciting Scott Cannon’s views? Did Pam Fendrock help Scott with his response? Only they know, of course, but the circumstantial evidence, combined with the paper’s lack of disclosure and lack of byline for the story, certainly make me wonder. 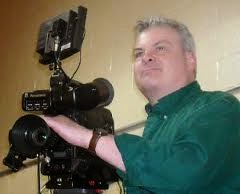 Leaving aside that speculation, though, the response itself is still pretty pathetic. Attacking EID for simply posting EPA data is hardly a compelling case for bias compared to what we see from the Wilkes-Barre Times-Leader itself. Secondly, the “fracking” process has nothing to do with methane emissions, as anyone familiar with natural gas development knows. Thirdly, there are more Marcellus Shale wells in service in 2013 than were in 2011, so the national figures (which include conventional wells) are simply irrelevant.

Finally, we know the decline in emissions is a result of both voluntary use of “green completions” and enforcement of more stringent regulations implemented by both the state and feds. That should be something to celebrate. Trying to deny the declines are occurring is no different than claiming Napoleon won at Waterloo; the evidence to the contrary is undeniable, even to the notoriously pompous French.