There’s a huge problem with green energy schemes that no one is talking about; they rely upon planned government activity rather than spontaneous innovation.

Almost all green energy schemes rely upon government support and/or government direction. Dogma is their foundation and coercion of one form or another is their standard operation procedure. The combination of horizontal drilling and hydraulic fracturing, by contrast, is a matter of spontaneous innovation; a combination of two previous innovations that together have produced the shale revolution.

This innovative combination, moreover, involves no coercion, no subsidies, no renewable portfolio standards and no mandates. It is constantly changing, improving and upgrading with no limits and no end in sight. Meanwhile, the promise of green energy delivered on its own, absent government propping it up and forcing its use, is somehow always in the future, so close we’re told, we can taste it, except that it never happens.

All this came to mind over the weekend as I was finishing a wonderful book called “The Tyranny of Experts,” by William Easterly. He makes an impassioned case for why so many of the efforts by World Bank types, and specifically, the Rockefeller Foundation, to bring poor countries out of poverty have been utter and complete failures. Along the way, he refers to another of my favorite books, “The Death and Life of Great American Cities,” by Jane Jacobs. Both books are highly critical of top-down planning and argue for individualism and for freedom to invent, innovate and renew. 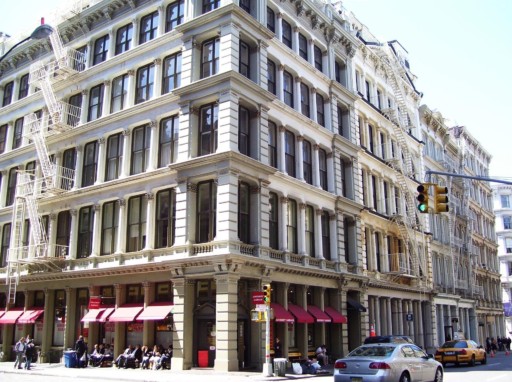 Jacobs made the point, long ago, that attempts at conscious direction of city life as in urban renewal projects then being proposed for a destitute area of New York City were doomed, whereas organic, spontaneous development was the very nature of city life.  She was proven correct years later when that destitute area became what is now known as the trendy SoHo part of Manhattan, where apartments sell for multiple millions of dollars.

We see the same dynamic with green energy schemes. Most of the green energy development we’ve witnessed to date is anything but organic. Rather, it’s planned by supposed experts in government and forced upon us. We’re told we have to do it and we have to pay extra to do it. This means, of course, there is no real incentive to innovate. Why experiment with an alternative idea or a different approach when you’re assured of a market for what you’re doing now?

Compare this to the way the natural gas industry works, with no significant subsidies or requirements that your product be used. The only way to get ahead to is to constantly innovate by finding a better, less expensive way to get your product to market. This is why natural gas development has changed dramatically since I first got involved in promoting it. Then, we were talking about a well pad for every 40 or 160 acres. Now, we’re seeing 1,280 acre units and laterals going out miles with absolutely minimal land disturbance. We’re seeing multi-level drilling, recycling of almost all water used and other innovations too numerous to mention.

This happens, of course, partly due to competition that government guarantees invariably obliterates. But, there’s a bigger factor as well and it is that focusing the attention of 100 green energy experts on a single idea is never as effective as 100 people pursuing 100 ideas. Innovation cannot be planned or forced. It has to be spontaneous to be innovative, something no one thought of before. That only happens when large numbers of people are pursuing large numbers of ideas, with lots of failures and those occasional successes that take everything in an entirely different direction.

This could be happening in green energy, too, but is it? Not really. It’s much too easy to secure tax incentives from Congress for old uneconomical energy. It’s much too easy to get states to impose requirements that utilities use what is produced by the same old green energy schemes. There is no reward in green energy for fooling around with crazy ideas that just might work. Take away the mandates and the subsidies and a thousand new ideas might bloom because some eccentric entrepreneurial mind out there and others like him suppose they know how to turn rain into carbonless gasoline.

But, that’s not happening with green energy schemes. No, all the scheming is going into how to grab government money, which involves zero innovation. The natural gas industry, where there’s not only freedom to pursue new ideas but potentially huge rewards for doing so, is innovating all over the place. This is why green energy schemes never quite materialize as projected. Every advance in green energy is matched by two or more in natural gas. Incentives matter. Spontaneous innovation stimulated by a combination of freedom and competition will always trump the best efforts of the experts trying to plan and mandate it on behalf of government.