The Delaware Riverkeeper Network, personalized as Maya van Rossum, a/k/a Delaware Povertykeeper, tells FERC it should be above the law with no responsibility.

We are a country governed by the rule of law. Part of our system of laws (for better or worse) invests government bureaucracies with delegated power to make rules and regulations–which carry the weight of law. Children who are not disciplined (at home and at school) grow up to be adults who think silly things like rules don’t apply to them–because they don’t want them to. THE Delaware Riverkeeper falls into that camp. 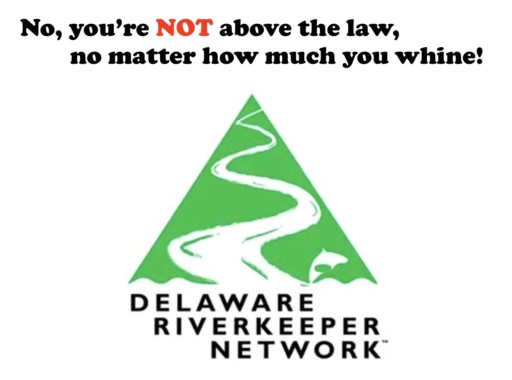 The Federal Energy Regulatory Commission (FERC) has rules and regulations in place to keep the agency from descending into chaos in reviewing and approving pipeline projects. One of FERC’s rules, which has been on the books for years, is that if a person or group wants to “intervene” (become an intervenor) in a project, they must file with FERC “in a timely manner.” FERC sets the amount of time, which varies with each project. It’s been our observation FERC gives at least 30 days, sometimes more, for folks to file to intervene.

One of the sleazy strategies used by Riverkeeper is to get thousands of individuals (including children) to sign up as intervenors for a project in a quest to flood and overload the FERC system, slowing or stopping progress on a given project.

FERC has had enough. FERC commissioners have voted to tighten up the loosey-goosey way FERC has treated people and groups who file late to intervene. No more bending of the rules. In the past, Riverkeeper and others have filed to intervene weeks after the deadline for such action, and FERC has just added them as intervenors anyway. No more. Either Riverkeeper and their ilk file on time from now on, or they won’t be considered intervenors, which has them hopping mad… 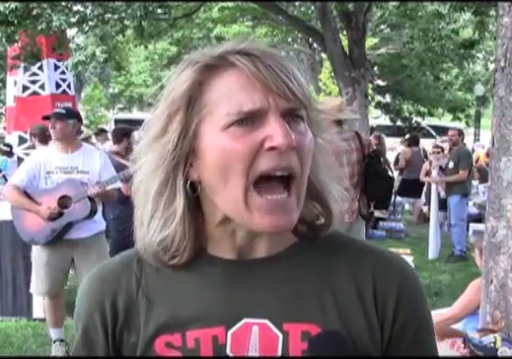 It’s interesting to MDN to notice that until now, FERC has been bipartisan. With this vote to tighten up intervenor status, the two sitting Democrat members of FERC voted against it–meaning they like the chaos Riverkeeper and others inflict on the agency. Trump should replace both of them, in our humble opinion.

From the uber-biased, Big Green mouthpiece StateImpact Pennsylvania (on the same team as Riverkeeper, with funding from the same sources):

…The Federal Energy Regulatory Commission said on March 15 that it won’t be so flexible with “untimely” interventions as it has been in the past. It was responding to Delaware Riverkeeper Network which filed its opposition to a pipeline project at Birdsboro, Pa., five weeks after the deadline.

Three of the five Commissioners said they would allow the DRN submission but warned that future late submissions would not be treated as leniently.

“Delaware Riverkeeper and all other participants are on notice that, going forward … we will be less lenient in the grant of late interventions,” the commission wrote in an order…

In the order, FERC granted a certificate of public convenience to DTE Midstream Appalachia to build and operate about 14 miles of pipeline to carry natural gas from a Texas Eastern pipeline at Rockland Township, Berks County to a new power plant at Birdsboro…

In a statement on the earlier case, the Commission noted the “increasing degree to which participants in natural gas certificate proceedings have come to file late motions to intervene without adequately addressing the factors set forth in our regulations.”

“This is a clear announcement by FERC that they intend to proactively work to further limit access to impacted residents and community members to participate in the review process over pipelines even if they missed the short window of public notice FERC provides,” she said.

Editor’s Note: It’s about damned time FERC made the Delaware Povertykeeper observe the same rules as everyone else. The only disappointments are that two FERC Commissioners (a minority) weren’t one board with this common sense decision to not allow abuse of FERC deadlines and FERC didn’t simply outright reject the Povertykeeper request to intervene this time instead of issuing a final warning.

Maya and company have had plenty of time to request status as intervenors and shouldn’t even be accorded that status in most cases. Should the system allow me as a pro-gas advocate to intervene everywhere I wish? Obviously not, and the theory that the Delaware Povertykeeper and other special interests should enjoy that right is a total corruption of the public input process.

All of us should get the same opportunity to offer our opinions at hearings and only those with actual legal stakes in a matter (e.g., landowners subject to condemnation proceedings, neighboring property owners) should have legal rights to intervene in court. The legal status accorded environmental groups funded to advance private special interests in courts is one of the great scandals of our last half-century. Congress and elitist judges have created this situation and, ultimately, it will have to be corrected, but, in the meantime government ought to making these groups at least follow the rules. Filing requests to intervene five weeks to late is absolutely inexcusable and that FERC let it go on this long is itself outrageous.