NIck Grealy makes the case for Europe to stop buying Russian oil and gas. That case could just as easily be made for the US, which purchased 17,361 thousand barrels of crude oil and petroleum products from Russia last April.

It’s been a while since I proposed Europe’s pre-emptive strike gas option, where I said that  – at least for the short term – Russia needs our money more than we need their gas.

Three things have changed since then. Firstly, Russia hasn’t learnt any lessons: As the crisis spreads into Eastern Ukraine, Russia still thinks it can act with impunity. Another is that Russia has $2.6 billion more than when I suggested we stop buying Russian gas before they cut it off.

Thirdly,  Europe is edging it’s way towards cutting off paying for Russian gas. That could be the best of both worlds. We get their gas and keep our money.

Held Hostage with Russian Oil & Gas? Or, Not?

Two recent press articles show the situation as it is. Patrick Heren writing in Standpoint has a headline that says Europe Cannot Do without Russia’s gas. Patrick describes the long history of Ukraine and Russia stretching back to Soviet times and rightly points out that Ukraine is no angel. But he also hits on the story:

Whatever happens with Crimea, Europe is relatively insulated from further supply shocks in 2014. The mild winter has left high levels of stocks in Western Europe and in Ukraine itself, and heating demand will fall further as spring progresses.

If the supply of Russian gas was to be interrupted within three months, most of the EU could make it. On the average summer day, the 28 members of the EU receive about 250m cubic metres (mmcm) of gas from Russia. This is less than the spare production capacity of Norway, Algeria, Libya and the Netherlands. Storage gas could fill the supply gap until Dutch, Norwegian and North African gas reached European customers.

However, the winter season of 2014-15 without Russian gas would be tough as the EU could substitute just about a third of Gazprom supplies in the best case. From today, the EU can afford to lose 250 mmcm a day of Russian gas for another six or seven months. I doubt Gazprom and Russia’s budget can lose $100m a day for long. That is why Gazprom starts “gas wars” in December.

Europe’s choice is that things could be messy in January, especially if Russia’s old ally (think 1812) of an early, or severe, or simply long winter joins the fray. 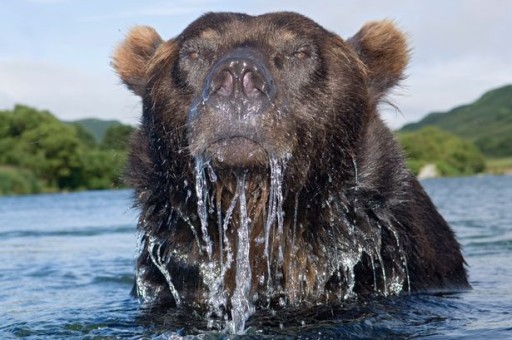 Time to Dunk the Russian Bear?

But Mikhail K’s analysis show that if we stopped paying for gas, Russia may fold first. Europe’s first choice is to ask whether it is better to have high gas prices or countenance both existing Russian moves and hold themselves open for further blackmail on EU/NATO members in the Baltic and Poland.

Could the West Do the Right Thing About Russian Oil and Gas?

Ketchum PR, Gazprom’s agency is pushing the security of supply angle via it’s world-wide network of “thought leaders.” Or, at least they are while Russia is paying them. But what if Angela Merkel does the right thing?

As violence escalates in eastern Ukraine, Europe is moving toward an action some thought it might never take: the imposition of stringent economic sanctions on Russia. Angela Merkel, the Russian-speaking German chancellor whose country has more at stake financially than any other, is leading the charge.

The German government official says dissent is “growing” about how and when sanctions should be applied. Scenarios under consideration range from broad-based measures, similar to those placed on Iran, to more narrowly focused ones targeting specific industries or sectors of the economy. There are also discussions about excluding Russia from the Swift international money-transfer system, this official says.

Ketchum has placed a number of press pieces about how Russia won’t stop commercial arrangements of gas supply. Their Master’s Voice:

I want to say again: We do not intend and do not plan to shut off the gas for Ukraine,” Putin said in televised comments at a meeting of his advisory Security Council. “We guarantee fulfilment of all our obligations to our European consumers.”

We have the curious case of Russia telling everyone how this is a just a commercial arrangement as they trounce international law on basic human rights. But two can play at legalisms, and shutting down the Swift system would be an interesting lesson. Nothing would concentrate oligarchs’ minds more than this.

But on a strategic level, Europe could simply stop paying for Russian gas. The funds could be kept in escrow, but the gas would still flow while the lawyers figure it out. And EU lawyers are bigger than anyone’s lawyer as Bill Gates will be glad to tell you. 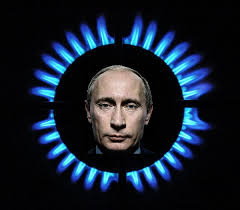 Where this starts getting devious, or beautiful, depending on one’s point of view, is that while money can be cut off immediately, it’s not so simple to shut down several hundred kilometres of gas pipeline. Even if Russia immediately retaliated to a EU imposed cash crunch by stopping gas flows, there would be up to two weeks worth of gas literally already in the pipeline.

Physically cutting off European gas overall would be far easier said than done. Shutting down exit points in Russia could have a physical effect even on domestic Russian gas supplies. Gas transportation is a complex balance of physical flows, not simply flipping a switch as cutting off electricity supply would be. Result: we keep their gas and our money.

Make My Day – Shut Off that Russian Oil and Gas

The above scenario is fairly devious. But then again, is Mr Putin feeling lucky? We already have this from Tom Friedman in the New York Times who says Go Ahead, Vladimir, Make My Day:

A Putin embargo today would be even more valuable because it would happen at a time when the solar, wind, natural gas and energy efficiency industries are all poised to take off and scale. So Vladimir, do us all a favor, get crazy, shut off the oil and gas to Ukraine and, even better, to all of Europe. Embargo! You’ll have a great day, and the rest of the planet will have a great century. 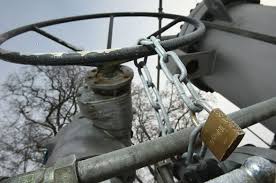 Amy Myers Jaffee writing in the Houston Chronicle talks about non-gas weaponry even more dangerous to Russia. Low oil price and posits how this could be achieved via a Saudi Arabian back door.

A temporary drop in global oil prices would give the United States and its allies in Europe and the Middle East some tailwinds on the global chess board with Russia, both in Ukraine and in the Mideast. Both Moscow and Iran would find an easing in oil prices far more difficult to manage than the Gulf producers. US environmental supporters of President Obama might be unhappy but truly low oil prices this year would be unlikely throw off the US clean tech boom. The US emphasis on clean tech is even more important now as a long term strategy in the face of the threat of an energy weapon from Russia and growing instability in Venezuela and elsewhere. But the tech boom is likely to keep momentum, regardless of the price of oil. Energy efficient technologies in transport and electricity are already at an “inflection point,” as Hal Harvey so aptly notes, and President Putin has created a self-fulfilling prophesy to the benefits of alternative energy. Moscow single-handedly has demonstrated to the world that heavy reliance on petroleum supplies from Russia (and any other dictatorial regime that might have hostile interests to American and European consumers) is a mistake, no matter what the short term oil and gas price trend.

The prospect of a cold winter without any Russian gas at all is difficult, but not impossible to consider given the alternatives. The prospect of a winter where we still had 90% of the gas available via various source and we had six months or $18 billion of Russia’s gas AND Russian gas anyway is too good an idea to pass up.

At which point I have to admit that it’s not my idea. After all, why should Russia take me seriously? He does need to take the people who thought this idea up and ran it by me seriously though.

He wouldn’t want to be mortified at the check-out after all.

2 thoughts on “What If We Just Stopped Paying for Russian Oil and Gas?”