Any remaining semblance of reasonableness connected with state water quality certification has been destroyed by Andrew Cuomo. What can be done now?

That question has already been partly answered by the Hoopa decision, which I discussed here and, more recently, here. The D.C. Court of Appeals, the most important court in the U.S. below the Supreme Court. It said one year for states to decide means up to one year and no more. The Cuomo blackmail games of requiring pipeline companies to repeatedly resubmit as a delay to kill strategy are over. That much is clear. Now, the speculation is that President Trump is about to issue an executive order further tightening the rules to prevent the sort of rampant abuse of the process we’ve seen in New York. What measures might it include? 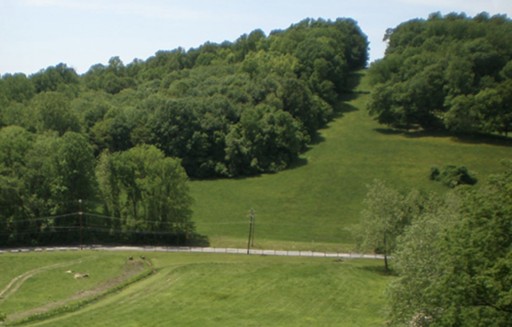 There’s whole lot of speculation on that, with folks from both sides suggesting not much, but our folks hoping for the max. The Think Progress loonies are hysterical, as one might imagine, but satisfied in their own minds that Trump can’t change the law; with his authority limited to merely tinkering around the edges.

Western governors, while implicitly acknowledging abuse in the softest terms, want nothing more than minimal tinkering, as they like the idea of being able to veto a pipeline some adjoining state might want. Great political opportunities abound in that sort of thing.

The lawyers, as usual, are all over the place, predicting more court battles will be needed to really resolve things; court battles they’d love to pursue at $825 per hour.

My view is somewhat different than all these, although I acknowledge the courts will ultimately decide and, therefore, I lean closest to the lawyer view. I also get most of my work from lawyers, so far be it from me to complain too much about them getting the work for both of us.

My approach is to look at this in the same manner as I look at any other land use issue, because that’s what natural gas development, in all its forms, truly is. Land use battles reflect the same dynamics we see with water quality certification. They are typical battles involving states, municipalities and applicants, whereas pipeline battles simply move up a level to become an interplay among the Feds, the states and applicants.

Indeed, what Cuomo and some other states were doing prior to Hoopa was the sort of blackmail that happens at the local level all the time. Municipalities with responsibility for administering state rules on matters such as sewage disposal, stormwater management and the like combine these requirements with their own to create an almost indecipherable morass of filing demands.

The long list of these demands generates mountains of paper that must be reviewed by municipal experts hired at applicant expense, with no practical limits on the time or money involved. While there are state deadlines for action on submissions, they are meaningless because the applicant wants approvals and, therefore, always agrees to time extensions. Moreover, no municipality starts the clock until an application is deemed complete by the experts. This is the exact same problem faced with water quality certification in states such as New York where the process is heavily politicized. Interestingly, it is not so in Pennsylvania, meaning it doesn’t have to be that way.

There are ways to deal with this problem in difficult jurisdictions, though, all of which may be summed up as playing offense rather than defense. Pipeline companies haven’t done a lot of that. They never had to do so; but now they do. It means making the states follow the rules at every step, through good lawyering, and establishing rules for states to follow in responding to agencies such as FERC. That’s what an executive order ought to target and I expect it will.

There is a model to follow. It’s discussed in an excellent article at the Troutman Sanders legal blog and here’s a bit of what it says (emphasis added):

In yet another development relating to Clean Water Act (CWA) Section 401 water quality certifications, a recent policy directive from the Department of the Army could impose tighter timeframes for a state to review whether projects comply with state water quality standards. The U.S. Department of the Army has issued a policy directive memorandum requiring the U.S. Army Corps of Engineers (USACE) to adhere to a “default time period” of 60 days for states to act on a request for water quality certification under CWA Section 401 in conjunction with USACE’s issuance of dredge and fill permits under CWA Section 404. The directive also requires USACE to “immediately draft guidance” to establish criteria for USACE District Engineers to identify circumstances that may warrant additional time for states to decide on an application for water quality certification.

Under current USACE regulations, a state has 60 days (subject to some exceptions) following receipt of a request for a Section 401 certification to act on the request or the state will be deemed to have waived certification. See 33 C.F.R.§ 325.2. As the policy directive notes, despite this regulatory requirement it is “standard practice” for District Engineers to give states an entire year (the maximum allowed under CWA Section 401) to act on a request for water quality certification. While USACE regulations allow District Engineers to provide states shorter or longer time frames to issue Section 401 certifications when reasonable, the memo establishes a “default” time frame of 60 days unless the District Engineer determines that circumstances reasonably require a longer time frame.

USACE is directed to issue draft guidance that establishes criteria for District Engineers to identify reasonable timeframes for states to provide their decisions on 401 certification requests. Such guidance has not yet been issued. According to the memo, reasonableness can be based on the type of proposed activity or complexity of the site, but not on state workload, resource issues, or lack of sufficient information. While USACE regulations state that information provided by the state will be taken into account in determining a reasonable timeframe, the memo makes clear that the ultimate decision resides with the District Engineer. Without additional explanation or definition, the directive notes that USACE policy will be that timelines for state review will commence upon “receipt” of a “request for certification.”

This is good stuff. Who knew agencies could set time periods of less than one-year to act on water quality certification requests? Why hasn’t FERC done this, with extensions as proved necessary up to one year? It seems the Hoopa court may have been asking as well. There is also the requirements that agencies act in a period of considerably less than one year and actually justify their request for extensions of time beyond that period, never going beyond one year. Requiring a state agency such as the New York State DEC to act in, say, six months, with a maximum of two three-month extensions that they must justify, means unreasonable delays can be challenged in court, allowing the pipeline company to play offense,

But, wouldn’t this just result in more denials within the specified periods? Perhaps initially, but what it also means is that things get to court more quickly, where the question of who is being reasonable and who is not can be resolved a lot sooner than has been the case in New York to date.

If a Trump executive order followed what’s happening with the Army Corps of Engineers already, it would take nothing away from states such as Pennsylvania that are simply the job the Clean Water Act gave them to do, but it would be a major throttle on the game-playing of states such as New York. Add in some rules that prevents states from throwing in extraneous issues having nothing to do with water quality (e.g., greenhouse gas emissions that ought top be a positive for gas anyway) into the process would help even further.

If, what and when Trump does anything is uncertain at this point, but these are the things I think he ought to address.

1 thought on “What Can Be Done About Water Quality Certification Abuse?”