Thanks to fracking, the US is already reducing CO2 emissions faster than any other nation; we don’t need a feel-good treaty like the Paris Accord.

The weather may be cool but expect heat at the Otsego County Legislature meeting this week. The arrival of compressed gas delivery trucks locally coupled with the President’s rejection of the Paris Accord should bring the antis out in droves.

First, the trucks. Absent a pipeline, compressed gas delivery trucks are an imperfect solution for delivering affordable energy to Upstate and the Northeast’s factories, agricultural facilities, colleges, hospitals, and government institutions. Gas truck delivery costs more but it gets affordable energy to where it is needed.. 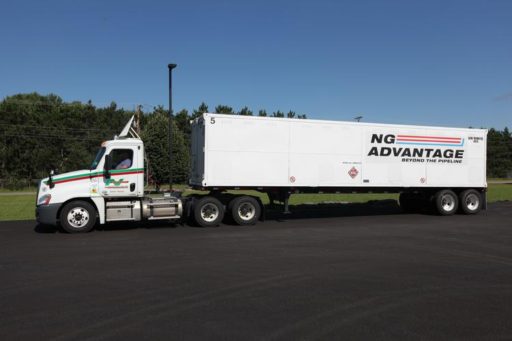 The reasonable solution is more transmission and distribution pipelines that delivers the energy in an efficient, affordable, safe manner. When pipelines expand, trucking contracts. But don’t expect pipeline support from the antis. They worship at the keep-gas-in-the-ground altar, no matter the costs to the local economy or ultimately to the environment they profess to defend.

This shortsighted approach is reflected in the antis’ response to President Trump’s decision to withdraw from the Paris Accord. President Trump characterized it as a bad deal. It is. Even supporters concede that if the 195 signatory nations meet ALL their commitments, the result will be only 0.17 degrees Celsius saved by Year 2100. This is far below the 2.0 degrees Celsius supposedly needed to save the planet. (Don’t reach for the Valium or the rosary beads yet, folks.   These Doomsday numbers are from mathematical models where all the variables and their appropriate weights in the algorithm are still unknown. It’s all . . . a guess!)

The 195 national commitments to reduce CO2 are “volunteered” by the participating nations. But some nations are off the hook. Developing nations, including big polluters like China and India, account for 63% of CO2 emissions. They don’t have to meet their commitments until “around” year 2030.

It gets better. There is no enforcement mechanism in the treaty, only the internal integrity of the participating nation. Say what you will about the USA, we’re a nation of laws . . . and lawyers. Should our country ever miss a committed environmental benchmark, lawyers from the Sierra Club, Earth Justice, and the NRDC will be shopping for judges to take Uncle Sam to court. Kazakhstan, Moldavia, Sierra Leone and scores of counties with weak legal systems will face no such pressure to comply. Bottom line:   The USA will more than likely keep its commitments, no matter what the economic pain will be; other nations won’t.

In the meantime, using technology and innovation, the United States has actually reduced CO2 emissions to levels not seen since 1992. The Energy Information Administration’s May 9th report states, “U.S. Energy related carbon dioxide emissions were 12% below the 2005 levels . . . mostly because of decreased use of coal and increased use of natural gas for electricity generation.”   This emissions drop is all the more remarkable because our population grew and the economy is 15% larger than it was in 2005.

In Germany, the antis’ poster child for climate correctness, emissions have flattened over the last few years while residential electricity rates have increased 55%. Ordinary Germans now pay three times the rate charged to the average American.

Why is the United States the only large national economy posting these dramatic emissions declines?

If China and India are to wean themselves off coal, it will probably be due to our natural gas exports and, in the future, our technological exchange. Yes, thank fracking technology. It’s driven down the break-even point 80% since 2008. And it will probably go lower.

We don’t need a phony pledge to a feel-good treaty to uphold the unachievable, the unverifiable, and the unenforceable. Trump says he can negotiate a better deal. Have at it, Prez.

In the meantime let’s continue our path to a clean environment through economic growth and technological innovation. That’s the best insurance for climate change, not phony good intentions and fairy tales.

9 thoughts on “We Don’t Need Paris Accord to Reduce Emissions: We Already Are”