The Pennsylvania Public Utility Commission (PUC) reported its annual impact fee distribution this month, and Washington County topped the list of recipients with more than $14.5 million going to the county and its municipalities. The announcement of $173 million in impact fees to counties and municipalities across the Commonwealth has tipped the total to over $1.2 billion generated by natural gas development in Pennsylvania since the impact fee’s inception in 2011.

Although overall numbers were down from previous years due to a reduction in activity across Pennsylvania, Washington County continued to lead the way in wells drilled and impact fee dollars received.  Washington County will directly see $5.38 million in impact fee dollars, tipping the county’s total over $32 million since the program began, and municipalities across the county are set to receive more than $9.2 million this year. 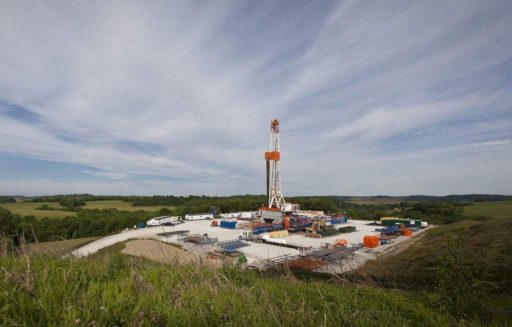 Washington County Commissioner Harlan Shober has seen how the local economy has changed over the years.

“I spent 16 years as a township supervisor, so I know how important additional funds like Impact Fee dollars are to local municipalities, especially for improvement projects and even long-term planning for their communities,” says Shober. “Now, as President of the County Commissioners Association of Pennsylvania, I’ve had the opportunity to see these Act 13 funds being utilized for critical infrastructure and environmental improvement projects all across the Commonwealth. Here in Washington County, home of the first Marcellus Shale well, we are thankful for the continued economic momentum that natural gas has generated.”

Among Marcellus Shale drillers, Range Resources once again topped the list of contributing companies: paying $22.76 million in impact fees in 2016, bringing the total to nearly $150 million paid over the last six years.

Some municipalities will receive hundreds of thousands of dollars again this year thanks to continued activity from companies like Range Resources. For example, Amwell Township is slated to receive $527,000 this year, while Mount Pleasant Township will see $334,000. But even municipalities with no active shale wells still benefit from the impact fee.  Thanks to nearby activity, Canonsburg is going to receive $120,000. 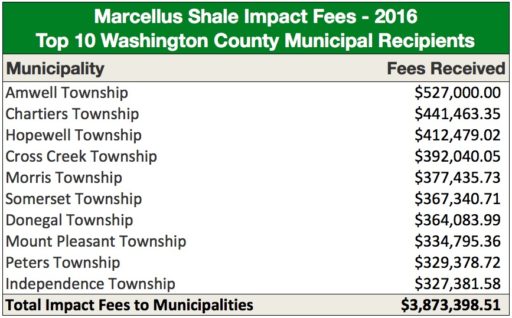 Amwell Township Supervisor Wayne Montgomery has referred to the natural gas impact fee allocation as “a godsend,” saying, “We’ve been able to do things at the park, on roads, with fire departments, stuff like that.  If we didn’t have the money, we wouldn’t be able to do all of this.”

This  PUC graph further illustrates the distribution of funds among major producing counties for 2016: 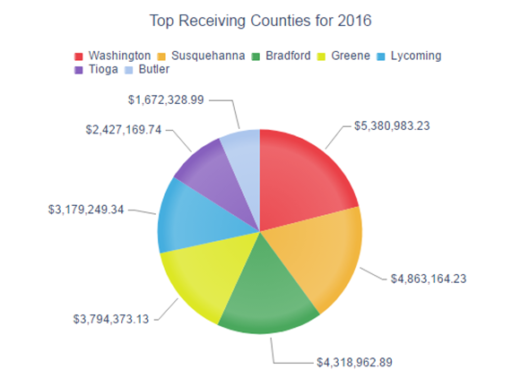 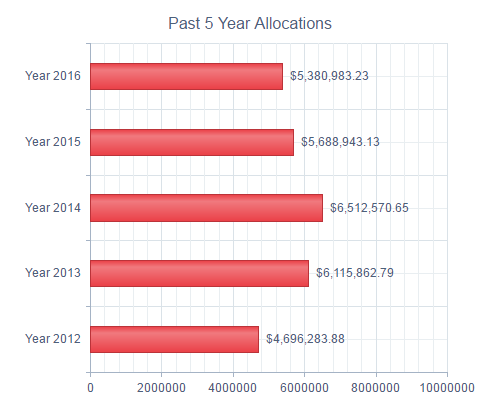 Editor’s Note: The above story is reposted from Range Resources News. It dramatically illustrates just how wrong fractivists are when they assert Pennsylvania has no severance tax. It has one and it’s called the Marcellus Shale Impact Fee.