The vote today in Venezuela will be hugely important to the future of oil and gas everywhere as citizens decide if they want a future other than socialism.

This is just a reminder that today will be one of the most dramatic and significant days in the history of the development of shale gas and oil.  This is the day that Venezuela, home to the largest proven oil reserves in the world, holds a plebiscite to select a new Constituent Assembly.  This body actually will have power to rewrite the Venezuelan Constitution, meaning it can annul decrees of the current National Assembly, the Courts and even the President himself, Nicolas Maduro.  Critics say the new body is handpicked by Maduro and will be used by him to become a dictator.

Many countries in Latin America and elsewhere are pledging not to respect the vote.   Expect increasing sanctions to be announced against Venezuela, including possibly the banning by the United States of Venezuelan oil imports.  We take nearly half of all such imports, and Venezuela entirely depends on energy for its foreign exchange. 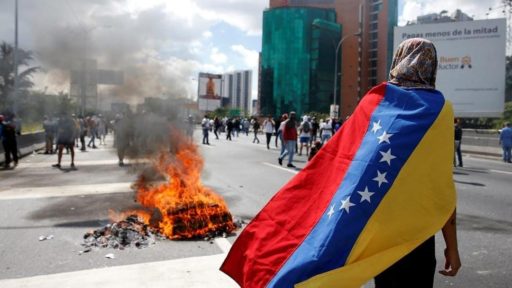 Given the uncertainty of the World’s largest oil supply, what happens to oil prices?  What about American oil prices?  In years past you would have expected them to skyrocket due to the uncertainty.  That may not happen now.  OPEC may just pump more, but most especially shale producers may pick up the slack.

If shale production increases dramatically, and if prices generally remain stable, it will prove the impact of the shale revolution.  From an American foreign policy perspective, this means that for the first time in a century, safeguarding American oil supply from unstable foreign countries will be less of a vital interest in and of itself.  The implications of that cannot be understated.

As of this morning, 380,000 Venezuelan troops are said to  be guarding polling places.  This shows that despite reaching for dictatorship and starving his people, Mr. Maduro retains support of much of the military.  If so, the conflict will not be resolved quickly.

The balance of world energy supply, production and power may change in the next few days.  Watch closely.