You won’t find “fracking” in this story but it’s why the US has been able to shift from coal to natural gas with much lower greenhouse gas emissions.

According to the Environmental Protection Agency (EPA), U.S. greenhouse gas emissions dropped 2.7 percent from 2016 levels in 2017 with emissions from large power plants falling 4.5 percent. Emissions of carbon dioxide (the largest component of greenhouse gases) on a per-capita basis hit a 67-year low in 2017. U.S. carbon dioxide emissions in 2017 are the lowest since 1992 and per-capita emissions are the lowest since 1950. According to Acting EPA Administrator Andrew Wheeler, “These achievements flow largely from technological breakthroughs in the private sector, not the heavy hand of government.”

European countries are not on track to meet their own emissions reduction goals under the Paris accord. For example, Germany is expected to miss its 2020 emissions targets and will likely push its goal of cutting carbon dioxide emissions back to 2030.

China’s carbon dioxide emissions are expected to increase at their fastest pace in over seven years during 2018. Carbon dioxide emissions in China—the world’s largest emitter of greenhouse gases—increased 4 percent in the first quarter of this year, based on Chinese government statistics covering coal, cement, oil, and natural gas. If that pace continues, it would be the fastest increase since 2011.

Although China invested heavily in wind and solar power, its emissions growth comes from increased demand for oil and natural gas due to increased car ownership and increased electricity demand. Recently, China’s government approved new thermal power projects, mostly coal, in four provinces, which had been held back over fears of overcapacity. 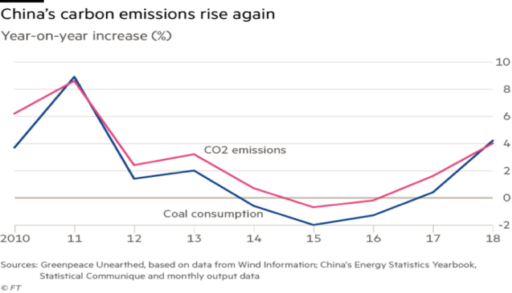 Chinese steel output, which had appeared to have peaked in 2013, hit a new record in 2017. 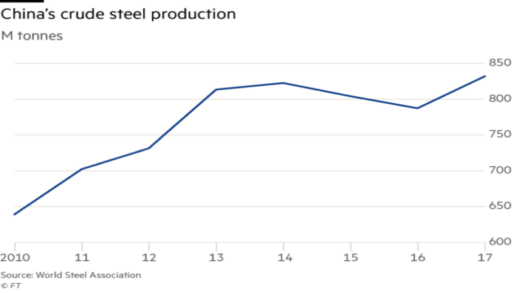 Editor’s Note: Note that US greenhouse gas emissions have fallen dramatically as shale gas produced via fracking combined with horizontal drilling has made natural gas both cheap and plentiful, providing a better way to generate electricity. The US, moreover, is the only nation that has done it on any kind of scale to date which accounts for its progress as adherents to the ludicrous Paris Agreement have failed miserably.

3 thoughts on “US Greenhouse Emissions Lowest Per Capita Since 1950, Thanks to Fracking”