One of our readers just sent me a wonderful article from a news site called Lima Charlie News. I was not previously aware of the site but it’s one I’m bookmarking due to the quality of this particular post entitled “Fracking, BREXIT and An Oil and Gas Shale Bonanza,” which was authored by Dr. Gary K. Busch. As the title indicates, it’s focused on the UK and the special needs and opportunities representatives by their move to develop their shale resources. It’s worth reading for that alone, but there’s another story within the story and it’s all US fracking innovation and how beat an OPEC determined to lowball price us out of existence as competition. 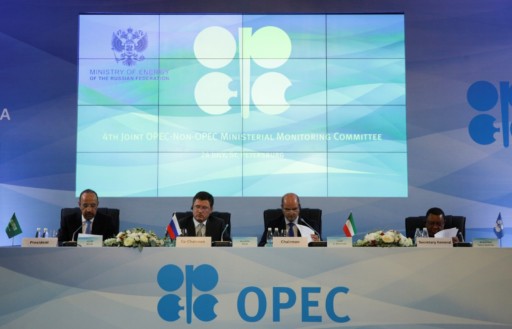 Here’s the big picture, as laid out by Busch (emphasis added):

The lessons learned in the production of fracked oil and gas in the U.S. were that in order to compete with OPEC’s desire to drive the U.S. industry to its knees it would lower the oil price to make fracking uncompetitive. Instead of folding up their hands, U.S. producers innovated new processes and introduced new technologies which drove down costs. Now, OPEC cannot compete and is fighting a losing battle to drive out U.S. frackers. The U.S. will be self-sufficient in energy by late 2019.

Busch then proceeds to lay the innovations that beat OPEC beginning with an increase of sand to help reduce the demand for water:

The high water demand was addressed by increasing the yield of each well by increasing the use of sand. Sand is a much greater tool in hydraulic fracking than drillers had understood it to be. The more grit they pour into horizontal wells — seemingly regardless of how extreme the amounts have become — the more oil comes seeping out. On a per-well basis, sand use has doubled since 2011, climbing to nearly 9 million pounds.

Then, there is “zipper fracking,” described as follows:

The process requires operators to drill two wells side by side. Once both wells are completed, they’re fracked at the same time. The fractures form a zipper pattern that cracks the rocks more deeply and efficiently than in a single well. The process allows both wells to produce more oil and gas. In the Barnett Shale, a formation near Fort Worth, Texas, the zipper-fracked wells doubled the volume of a typical well.

Among the shale oil drilling innovations also being applied to shale gas in places such as Susquehanna County, Pennsylvania, is this one:

Another one of the largest cost-saving techniques came from the offshore oil industry. When drilling wells offshore, it isn’t feasible to build a platform, or pad, for each well. So out on the ocean, several wells are drilled from a single pad. They are like “chicken feet” with several horizontal wells being drilled around the base of the vertical shaft. In some cases, there are five to seven horizontal wells leading to a central well shaft.

Onshore shale drillers quickly adopted that technique for themselves. Because shale is a uniform layer of rock, companies can drill the wells close to each other. Since the drillers don’t have to move the rigs too far between holes, the method saves time and money. The process of taking down and setting up a drill rig can take days and cost a company hundreds of thousands of dollars.

In addition, many shale layers, like those in the Bakken and the Eagle Ford and Permian Basin in Texas, are stacked like pancakes. Companies can drill many wells into these layers, reaching many layers of stacked shale reefs; a single pad can have many “stacked laterals.” The trend has been to extend these laterals to over two miles in length.

There are also numerous other new techniques being applied in the industry, including the following:

These developments are eye-opening, to say the least, and indicate a certain ingenuity typical of Americans and the oil and gas industry. The industry never fails to adapt, which is why it beat OPEC and it continues to beat most renewables even when (or perhaps because) they are heavily subsidized. Read the whole story to get more detail and see how how all this fits into the prospects for the UK to break the bonds of foreign energy dependence. Bear it in mind, too, whenever some pompous prognosticator of doom for oil and gas pontificates on how things will all end for us. They’re dreaming while we innovate.

4 thoughts on “How US Fracking Companies Defeated OPEC with Innovation”