Andrew Cuomo is receiving some heavy criticism regarding his New York license plate proposal. He is committed to updating New York license plates and has offered five designs for the public to consider. Four of them are simply redesigns of the Statue of Liberty design used for several years. The fifth features the new Tappan Zee bridge across the Hudson, which Andrew, in a display of something akin to nepotism, decided to name after his deceased father.

The whole thing is nothing less than outlandish and the public is not so happy. It also leads me to imagine what he might do to fight his way out of this morass, bearing in mind this is Andrew Cuomo we’re talking about, America’s most arrogant governor.

Here is the news release I can imagine the real Andrew Cuomo issuing in regard to New York license plates:

Governor Andrew Cuomo announced today that, in response to public demand, he is offering another choice for Empire State residents when it comes to New York license plate designs. The Governor, from the very beginning of his administration, has been irrevocably committed to Upstate New York and is offering Upstate residents their own license plate.

The additional New York license plate for Upstate will feature Governor Cuomo’s vision of the region with an “Oasis of Pastoral Poverty” slogan recognizing Upstate’s invaluable role as a complement to the New York metro area.

“Upstate New York is a place for New York City and other metro area residents south of the Governor Mario M. Cuomo Bridge in Tappan Zee to visit on weekends,” the Governor says. “It provides needed contrast with the vibrancy of our wonderful city, while simultaneously letting our city folks experience the pastoral scenery and grasp the poverty of rural life.”

The new Upstate design features an abandoned barn typical of the region and will also set the stage for Upstate residents eager to entertain their wealthy city cousins and earn some extra income, according to Governor Cuomo.

“The future of Upstate is tourism,” Cuomo notes. “Manufacturing isn’t going to do it. We learned that with SolarCity. Agriculture isn’t either. We learned that with yogurt. But, New Yorkers never quit, so we’re going to create a new Upstate New York built on serving lattes to city residents eager to see the other New York above the Governor Mario M. Cuomo Bridge, an area many thought must be Canada or something. That’s exactly why we need to keep it just as it is and avoid any possibility of growth or change.”

The new New York license plate for Upstate is featured below: 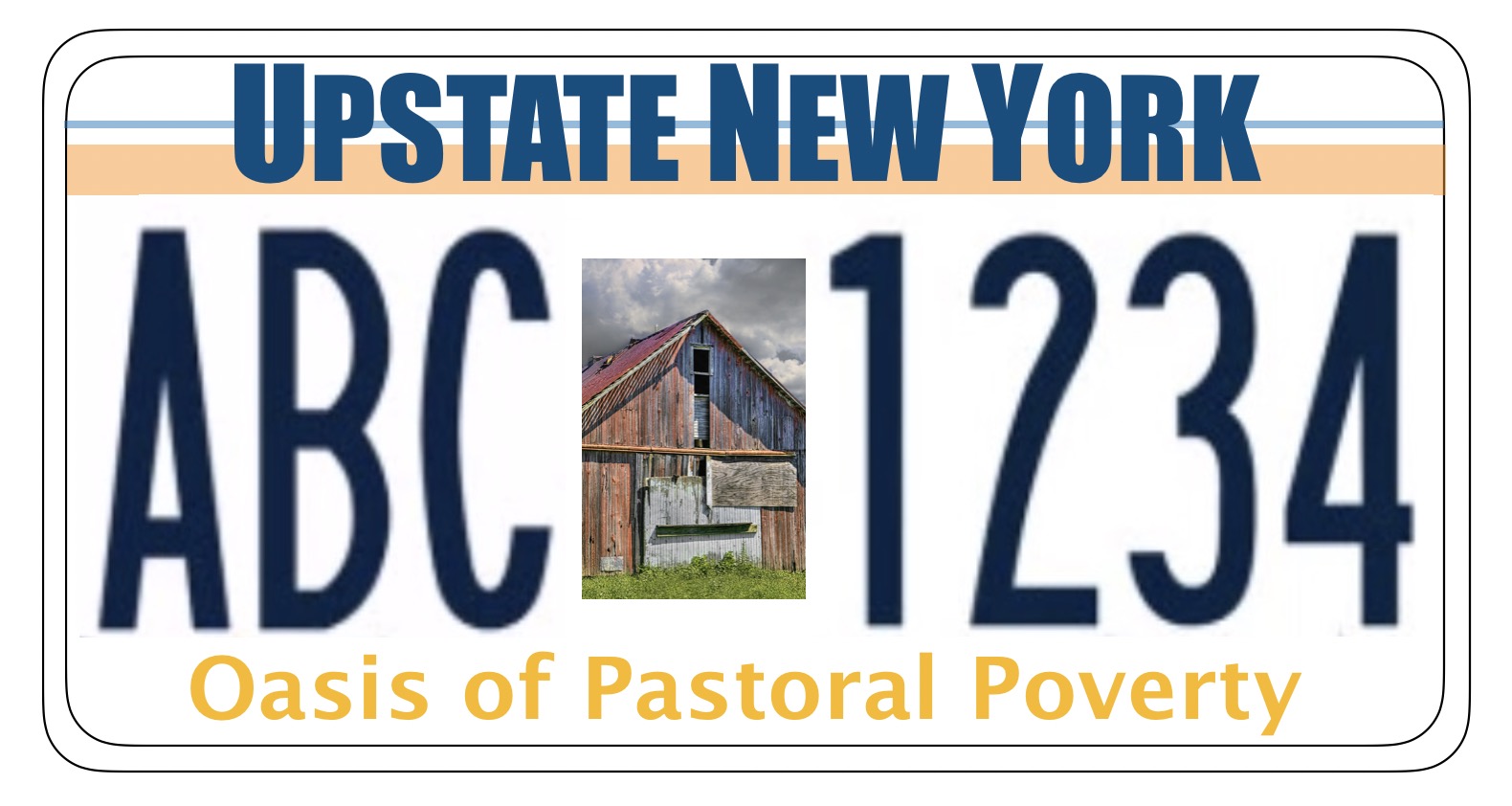 Sounds like the real Andrew Cuomo, doesn’t it? You know; the guy who killed natural gas development for Upstate New York “at this time.”