Andrew Cuomo is the real-life Scrooge when it comes to New York Southern Tier, depriving its residents of the presents delivered by shale in Pennsylvania.

In 2015, Andrew Cuomo wrecked the party. The Southern Tier and the rest of upstate New York were ready to celebrate the incredible gift of vast stores of natural gas under our feet and the prospect of prosperity, jobs and a booming economy, so close we could taste it. But Andrew “Scrooge” Cuomo and his down-state Democrat cronies gave us an early Christmas present in June of 2015: he officially banned hydro-fracking after announcing he would do so in December, 2014. 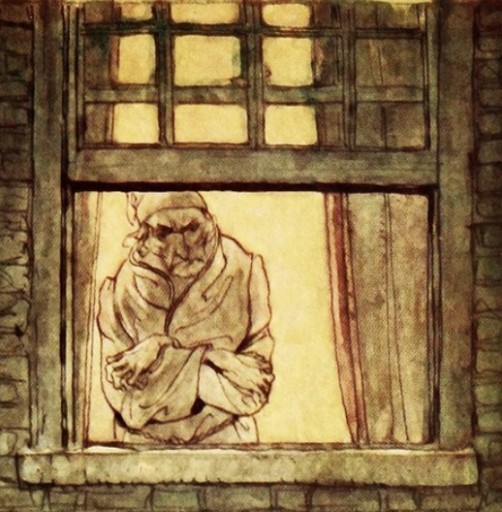 Scrooge gazes upon the Southern Tier?

Andrew didn’t give us coal in our stockings; coal is a cheap and plentiful fossil fuel, and Cuomo hates that. Instead, he gave us casinos, a comedy museum in Jamestown, and a failed economic development program. Not to mention the Buffalo Billion — a billion dollars of our money “invested” in a solar panel company that hasn’t produced a single job. Bah! Humbug! While New York languishes, other states produce natural gas and prosper.

Right next door, Pennsylvania is the second-leading producer of natural gas in country. In a previous article called “A Tale of Two Counties” (Dickens again), I compared the economies of Steuben County, New York with Tioga County, Pennsylvania. They are both rural counties located a stone’s throw from each other. They’re alike in many ways, except that Tioga can drill for gas. The result is that Tioga County handily beats Steuben in every economic measure.

Economists have studied the effect of the fracking boom – and boom is the right word, because the effect has been huge. The Brookings Institute (no conservative outfit) says, “The US fracking revolution has caused natural gas prices to drop 47 percent compared to what it would have been prior to the fracking revolution in 2013. Gas bills have dropped $13 billion per year for gas-consuming households.” This puts more money in the pockets of American consumers.

But what about local communities? The DI Blog has tuns of information on that issue.

The net effect of fracking is an increase in wages and general employment. Approximately 725,000 jobs have been created. Unemployment during the great recession was reduced by 0.5%. Salaries in counties that have fracking have risen by 2.4% to 13.5%. Counties with fracking generally have 5% higher employment that those counties that don’t. The gains in wages are across all income groups.

The University of Chicago News found similar gains in local economies. These include a 6% increase in income, a 10% increase in employment and a 6% jump in housing prices. They declared,“In the last decade, hydraulic fracturing, or fracking, has helped deliver lower energy prices, enhanced energy security, and lowered air pollution and greenhouse gas emissions.”

Cuomo, like Scrooge, is closed-minded and selfish. Cuomo banned fracking to assure his political future. His base would have revolted if he allowed it, and you can’t run for President without your base. In describing Scrooge, Dickens said, “The cold within him froze his old features.” But maybe Cuomo will be visited by the ghost ofUpstate’s future: “Ebenezer….I mean Andrew, let the people of Upstate prosper. Let them unlock the vast natural resources they own.” Then Ebenezer Coumo’s glaciated heart would thaw, and Upstate would once again thrive.

Wouldn’t that be a nice Christmas present!

Editor’s Note: Michael Morrongiello authored the very first post on NaturalGasNOW more than five years ago. He also has a blog of his own now called theboisterousseas.blog.

4 thoughts on “Unrepentant Scrooge Andrew Cuomo Does Another “Bah Humbug””