Pipeline politics, like fractivism, is a movement of outsiders, out-of-staters and well-funded special interests having little to do with local issues.

Six people were arrested last month in Lancaster, Pennsylvania for blocking construction of the Atlantic Sunrise pipeline, four were residents of New York and another was from Philadelphia. Only one of the protesters was “a local.” This locals-to-carpetbaggers ratio is typical of the pipeline protests across the country. Very often, the overwhelming majority of those arrested for illegally protesting pipeline construction don’t live anywhere near the pipelines. 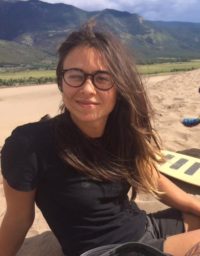 More than 94% of the nearly 600 activists arrested at the Dakota Access pipeline last year (many for instigating violent clashes with police), were from out of state. And, nearly a third of them had prior criminal records.

But, rather than be embarrassed by their role as out-of-state instigators meddling in other people’s business, these professional activists actually brag about it.

Emma Yip, a California activist who testified at a permit hearing for the Bayou Bridge pipeline in Baton Rouge, Louisiana last January, boasted she was instrumental in costing North Dakota taxpayers millions of dollars by recruiting hundreds of out-of-state activists to disrupt the Dakota Access pipeline. She then threatened to do the same to the taxpayers of Louisiana.

Active involvement from people from across the world have [sic] cost the state of North Dakota 22.3 million taxpayer dollars. And that is in a place that has blizzards. I image we could easily rack you up twice that in this comparable paradise, if you so choose … We are connected with people across the country—heck across the world—who won’t blink from your tear gas, duck from your rubber bullets, or cringe from your sound cannons.

The most troubling anti-pipeline carpetbaggers, however, aren’t just out-of-staters; they’re Russians. As we reported back in February:

A recently released U.S. intelligence report on Russia’s efforts to influence the presidential election cited clear evidence that the Kremlin is financing and choreographing anti-fracking propaganda in the United States … The Russian government is concerned about the impact of fracking and U.S. natural gas production on the global energy market, and they are going to great lengths to disrupt our nation’s natural gas production.

The Russian involvement is so significant that Reps. Lamar Smith (R-TX), chairman of the House Committee on Science, Space and Technology, and Randy Weber (R-TX), chairman of the Energy Subcommittee, wrote to Treasury Secretary Steven Mnuchin last summer asking him to “conduct a full and complete investigation into the allegations” that Russia was working with American activists to hobble pipeline construction and natural gas production.

And just last week, Buzzfeed reported that an Instagram account called @Native_Americans_United—which rallied its 33,000 followers against the Dakota Access pipeline—was “connected to a Russian troll farm intent on exploiting existing divisions and social movements in the United States.” 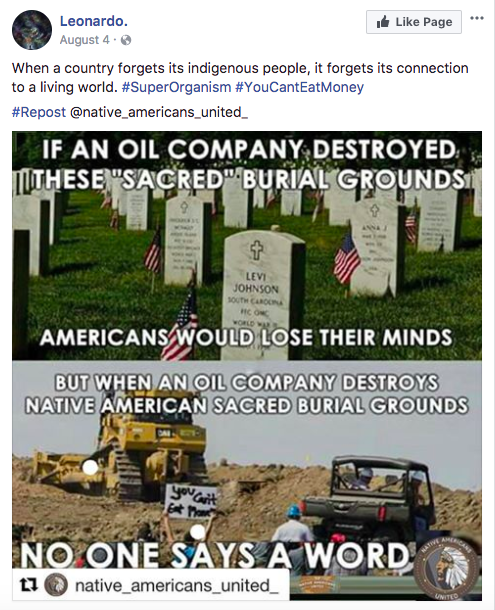 Russia’s involvement in anti-pipeline protests has been suspected for quite some time. In a June 2014 speech, then-Secretary of State Hillary Clinton said, “We were even up against phony environmental groups, and I’m a big environmentalist, but these were funded by the Russians to stand up against any effort, ‘Oh that pipeline, that fracking, that whatever will be a problem for you,’ and a lot of that money supporting that effort was coming from Russia.”

It is said that all politics is local, but when it comes to pipelines, that is clearly not the case. This should be a concern to all Americans because the last thing we need are Russian agents working with out-of-state activists to cripple our vital energy infrastructure.

Editor’s Note: Emma Yip, on her LinkedIn page, describes herself as follows:

I graduated from UC Berkeley in 2016. With a BS in Society and Environment, my research interests were focused on the political ecology of land and control grabs. I now direct a social justice project geared towards raising environmental awareness within the deep south.

Need we say more? Not really, but her web page is a perfect illustration of the utter immaturity and shallowness of so much of fractivism and pipeline politics. Check it out.

2 thoughts on “Unfortunately, All Pipeline Politics Are Anything But Local”