Trade unions and public housing residents just found out where Gov. Cuomo’s political priorities are. He put the NRDC gang’s interest way ahead of theirs.

Well, it turns out Mayor Bill de Blasio was just trying not to be outdone in opposing the Northeast Supply Enhancement pipeline project. I had hopes he was trying to position himself against Governor Corruptocrat by coming out against the NESE at the last minute. Those hopes were dashed, though, when Cuomo made his very political decision and chose the NRDC gang over the interests of trade unions, public housing residents and those trying to build an economic future and clean the air in the New York City metro area. He did so yesterday and it was a farce.

Everything about Andrew Cuomo is a ruse, but he gets away with it because of phony media reporting. Take this excerpt from the New York Times story finally covering the NESE project in some depth (emphasis added):

Mr. Cuomo, for his part, had distanced himself from the dispute. At an unrelated news conference on Wednesday before the decision, he told reporters that he was not involved in the environmental agency’s deliberation process.

But in a nod to the heated nature of the debate, he said, “I told them, ‘Make the decision on the facts, not on the politics,’ and that’s what they’re going to be doing.”

He did not immediately comment after the pipeline decision.

New York regulators noted that they had denied the application “without prejudice,” meaning that the Williams Companies, the pipeline’s operator, could reapply. Company officials said they planned to do just that.

If you believe the first bolded item, you have have no grasp of New York politics whatsoever. And, if you believe the second bolded item—the quote from Cuomo—you shouldn’t be allowed to vote. Andrew Cuomo only distances himself from embarrassing stories such as Hoosick Falls, until they can no longer be avoided, and then pretends to arrive on a white horse.

Moreover, this decision wasn’t delayed until the last day for any reason but politics. Andrew Cuomo knows delaying until the last moment allows the NRDC gang and affiliates to gin up opposition and create the aura of controversy necessary for his decision to have the maximum political impact. That’s how it works in New York and only knaves believe otherwise.

None of this is news, though. It’s just standard operating procedure in a state where nothing is as it seems. What is news is that, in the face of natural gas shortages, moratoriums, declining emissions due to gas, the interests of trade unions and the needs of public housing residents, Andrew Cuomo still chose the NRDC gang’s special interests over all of them. That’s who controls him. That’s where his priorities are. That’s who has the bull ring in his nose, as I wrote here about the influence of the Rockefellers. 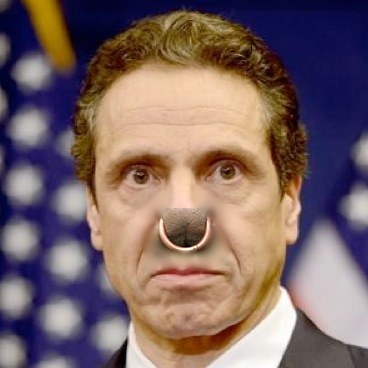 Trade unions represent the best of the best. Pipeliners, in particular, are real deal Americans who understand the importance of energy independence, economic growth and the community infrastructure they help build for this country. They are also patriots and believers in the American promise. And, Andrew Cuomo just sold them out big time. Here’s the New York Times again:

The denial was a blow not only to Williams and National Grid but also to New York’s business and labor communities. Vincent Albanese, the director of policy and public affairs for the New York State Laborers, which represents over 40,000 members in the construction industry, said a moratorium on new gas hookups would jeopardize jobs. The union has spent more than $600,000 on Facebook ads in the past year promoting the pipeline, according to Facebook’s database.

No, trade unions no longer matter to Andrew Cuomo. He’s more interested in catering to filthy rich trust-funders and land and green energy scammers. Public housing residents such as Danny Barber don’t matter either. They can all go pound sand, as far Andrew Cuomo is concerned, when the NRDC gang pulls on that bull ring.

Is this the end of the NESE? No, not in the least. Williams says it may resubmit, but that would be a mistake in my humble opinion, unless it simultaneously challenges the denial of water quality certification just issued. A challenge is certainly warranted after the Hoopa decision, which effectively stated the deadline for DEC in this case was not one-year but a “reasonable period” of time that cannot exceed one year. Given that Cuomo’s DEC (and it is, most definitely, his DEC) waited until the very last minute of the one-year to decide it should not be hard tom prove the agency exceeded the reasonable deadline.

Meanwhile, the New York Times labels the NESE a “Keystone-Like Pipeline,” which shows you just how far out of touch that horrible newspaper and dysfunctional state really are.