Tony Ingraffea has finally uttered something with which I wholeheartedly agree, although he has come to it as a result of his own previous demagoguery.

I knew it would happen, but not this quickly. Tony Ingraffea pushed hard on a plan for New York to power itself with renewables in a few short years. It became clear earlier this year, though, it would never work politically when a tiny wind farm in his backyard faced strong opposition. I wrote this at the time:

Three years ago, Tony Ingraffea, chief fractivist on Planet Ithaca, co-authored a report. It suggested New York could derive all its all-purpose energy from renewables by 2030. It was premised on 4,250 windmills providing 10% of that energy. That assumption is, as I’ve noted from my own experience with wind projects, incredibly naive. The same people who fight fracking can be counted to also oppose wind when it’s in their back yard…

That report from Tony Ingraffea suggesting wind energy would be an easy replacement for some portion of natural gas, is wildly impractical. Tony’s never had to get a wind project approved. If it takes more than a decade to build seven seven stupid turbines that shouldn’t bother anyone, imagine just how difficult it would be to get 600 times that many more approved and built in the next 14 years. It isn’t going to happen, there’s not enough money to do it and many of the people who say they want it, don’t want it near them. It’s that simple.

Today, Tony Ingraffea is facing that reality—the fruits of his own demagoguery—and his reaction is about what I expected. 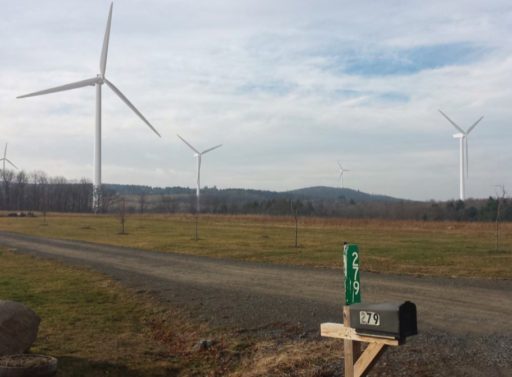 The wind farm opposition about which I wrote a while back appears to have intensified. It’s the Black Oaks Wind Farm near Planet Ithaca and PoliticoNewYork reports this:

But more than 11 years after the first wind observation tower went up in Enfield, construction has yet to begin on the 16-megawatt project.

The town board tabled discussion in September on the seven-turbine Black Oaks Wind Farm, delaying final approval and asking for additional information. The project has become a divisive topic in the community, with concerns about health effects, noise and the distance of the turbines from homes…

“There’s far too much resistance across New York State, from the very same people who said ‘no shale gas in my backyard’ are now saying no solar panels and no wind in my backyard. You can’t have it both ways,” said Tony Ingraffea, a Cornell University researcher who is concerned about the slow pace of renewable energy development in New York, at a press conference in December. “Suck it up and be courageous.”

The surge in local opposition to the project outside Ithaca has been a startling turn of events for Marguerite Wells, a local resident spearheading the Black Oaks project. She raised $3 million from members of the surrounding communities, neighbors, friends and family. Landowners agreed to lease land for the turbines and Wells reassured neighbors about 425-foot turbines spinning in their backyards…

What’s happening, of course, is the typical NIMBY reaction to any energy project or, for that matter, any development project anywhere in New York these days. The state has, through its own version of an environmental impact statement that can apply to ridiculously small projects, empowered NIMBYs. It has led them to imagine they can stop anything by simply raising their hand in opposition and enabled them with the tools to demagogue projects to death.

That’s clearly what is going on here. The health effects and noise associated with windmills are so small as to be irrelevant. I’m opposed to subsidizing them and I don’t think we should cover the Northeast with them for the sake of implementing Tony Ingraffea’s fantasies but the idea the projects themselves are a threat is ludicrous. I have worked on and defended wind projects. Black Oaks Wind Fram appears to a good project.

NIMBY opposition exists to everything, though, and states who blindly enable it pay a heavy price. It’s playing with fire. Tony Ingraffea knows this. He exploited NIMBYism to attack natural gas and demagogued the issue by participating in stupid stunts with Yoko Ono and Sean Lennon to raise public fears over fracking. He knew what he was doing. He knew natural gas had to be part of the energy picture in a rational world but he chose to advance his renewables fantasy by lobbing grenades at the industry. He pretended (and told everyone else) renewables could simply replace natural gas, ignoring the political realities of getting projects approved in New York where NIMBYs and other people like him are uniquely empowered in opposing stuff. 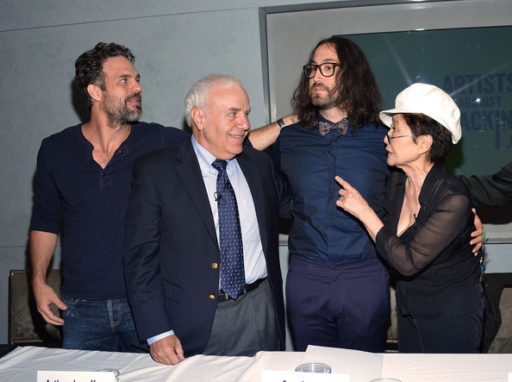 Yes, Tony played with fire and it got away from him. He’s 100% correct when he says “You can’t have it both ways” but that wasn’t how he acted when he was pushing Mark Jacobson’s theory of a 100% renewable New York was it? No, Tony wanted all renewables and supposed it could happen without gas and without opposition. He was only too happy to trash the natural gas that’s needed not only as a complement to renewables but also to avoid having to cover Upstate New York with windmills that would inevitably face enormous NIMBY opposition. New York, like every other state, needs an all-of-the-above energy policy and picking winners and losers is fraught with risk.

It was entirely predictable wind and large solar projects would face exactly the same type of NIMBY opposition as natural gas projects just as everything else does. New York State policy virtually ensured it. This is why, among other reasons, nothing happens Upstate and people are leaving it in droves, causing Prince Cuomo to now even propose paying people to stay. He won’t turn things around with such clueless government gimmicks, though. The problem is much too big for that. The problem is the NIMBYism and political correctness that course through the veins of all New York State policy these days. It strangled fracking, killed pipelines and is now going to frustrate every significant solar and wind project proposed. Pandora’s Box has been opened with the help of people such as Tony Ingraffea and it won’t be closed anytime soon.

7 thoughts on “Tony Ingraffea Finally Gets It Right?”