Tom Wolf is, once again, saying he’ll give everyone a free ride by taxing the gas industry, even though he previously said that might not be Constitutional.

Tom Wolf, the Democrat candidate for Governor of Pennsylvania is, like his competitors for the Democratic gubernatorial nomination  (and, to be fair, some suburban area Republicans who have no prospect of natural gas development in their districts), is out there advocating an insane severance tax on shale gas. It isn’t the first time the Wolf has pursued a rob Peter to pay Paul attack on the oil and gas industry. He tried and failed to do it in 2007, too, and admitted then it probably wasn’t Constitutional to single out an industry to pay the Commonwealth’s bills–bills racked up due to big spending by Harrisburg politicians.

Not Tom Wolf’s First Trip to the Pig Trough

Yes, this isn’t Tom Wolf’s first visit to the pig trough. He went before the Pennsylvania Senate Transportation Committee in March of 2007 to advocate for a gross profits tax on the oil and gas industry. He argued it raise $760 million annually to help fund the Commonwealth’s mass transit systems, which, of course, primarily serve Philadelphia and other urban areas of the state. Those systems are subsidized to such extent no taxpayer would think them worthy of another dime if they had a clue how much was spent per ride to deliver the service.

Wolf’s proposal to raid the oil and gas industry, in fact, would have thrown the entire $760 million to agencies such as the apparently corrupt Luzeerne County Transportation Authority to prevent what he claimed would be a potential 100 million loss in ridership without it. That’s the kind of assertion tax and spend politicos like to make and was a gross exaggeration at best but, even taking it on its face, represented another $7.60 per ride of subsidies on top of existing subsidies that were already then approaching $1 billion per year and are no exceeding it.

Wolf makes his case in the first part of this video:

It’s a pretty pitiful case and, just for fun, watch the body language of his Deputy Secretary of Revenue (the guy who was really in charge of running the department) as he sat through the presentation sitting next to Wolf. It speaks volumes about what he thought of having to participate in this political charade. Wolf resorts, almost at the outset, to deceptively talking about crumbling bridges and highways, while making a case for mass transit funding that pulls money away from them and, even though his proposal never went anywhere, that’s exactly what happened near the end of the Rendell Administration of which he was part, as mass transit funding doubled, with predicable impacts on what was left for those crumbling bridges and highways.

Wolf’s proposal flew about as well as the WKRP turkeys with the members of the Senate Transportation Committee. They were astounded he was so naive to think a gross receipts tax such as the one he proposed could be constructed to avoid being passed onto consumers. It was ludicrous on its face, Wolf admitted it might not work and his credibility on that issue dropped to zero in about 10.6 seconds. It was the kind of thinking that created California electricity shortages (and Enron) several years ago when their brain-dead legislature tried de-regulating wholesale prices while holding consumer prices steady. The two are inexorably entwined and, yet again, the dreamers had to learn the hard way there is no free lunch.

None of what Wolf said, in fact, fooled anyone. Both the Associated Press (AP) and the Pittsburgh Tribune Review picked up on the biggest problem with his proposal. The AP story noted this (emphasis added):

In search of millions of dollars to prop up the state’s ailing mass transit agencies, Rendell first proposed the new tax two months ago. To make it politically palatable, Rendell has accused big oil companies of raking up “mind-boggling” profits and said it is time for them to pay their fair share for a public transit system that is in crisis. He also has said that many oil companies avoid paying the state’s tax on net income. Rendell’s acting revenue secretary, Tom Wolf, defended the proposed tax and said constitutionally, the state cannot tax just a few big oil companies. So Rendell chose an entire sector as defined by the Internal Revenue Service, he said. Out of that sector, 274 companies benefit from the sale of vehicle fuel, heating oil and propane in Pennsylvania, whether they drill for it, refine it or deliver it. In all, those companies are projected to rack up $346 billion in gross profits in 2007, Wolf said. Company shareholders, not consumers, would bear the cost of the $830 million that the 6.17 percent tax would raise, Wolf said. Companies that stop supplying fuel in Pennsylvania to avoid the tax would be replaced quickly, he said.

Turkey or No Turkey, There’s No Free Lunch 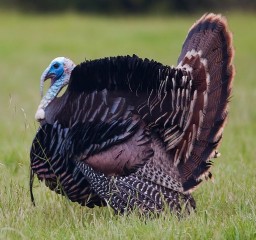 Leaving aside the new economics at the end that serves to flag the ridiculous nature of the entire proposal, the AP’s reporter was obviously listening carefully at 7:43 in the video where Wolf admits the gross receipts tax alternative to the corporate income tax would not be Constitutional, if at all (he also admits that’s a question) if it were not applied to a broad class of businesses and not just those “big oil” companies with the the “kick me” sign taped to their back by the usual demagogues.

Wolf was admitting what it is an essential aspect of all taxation–there must be uniformity. You can’t just tax furniture manufacturers, for example, but you might be able to tax all manufacturers.  That’s why Wolf’s failed 2007 proposal went after a class of businesses and not just “big oil.” Colin McNickle, the Trib’s editorial page editor at the time, went further in his analysis (emphasis added):


The sad thing is, Tom Wolf probably believes the rhetoric he’s been charged with selling…

The governor, always on the lookout for a good “public-purpose” swindle, wants to capture 6.17 percent of the oil industry’s “staggering” and “ungodly” profits. Mr. Rendell sees it as something of a painless, duck-soup way to create a kitty — now reported to range from $760 million to $830 million annually — and dedicate it to a new swag to “save” mass transit.

Never mind, as we editorialized last month, that raising the cost of business leads to less business being conducted. And never mind that attempting to prohibit a company from recovering the cost of doing business is a very sleazy, backdoor attempt at price controls, which always have the exact opposite effect proposed by our beneficent government officers. In this case, that primarily would be shortages.

And it won’t just be Big Oil that’s affected. No, no, no, no, the state can’t selectively slap a new tax on Big Oil; that would be unconstitutional, Wolf said (which is an odd assessment, considering the Rendell administration routinely and firmly places a thumb to its nose and waggles its fingers furiously at the state charter).

As Wolf said, as reported by The Associated Press, this proposed tax would be applicable to 274 companies that benefit from the sale of vehicle fuel, heating oil and propane, whether they drill for it, refine it or deliver it.

So, not only would those “ungodly” Big Oil gross profits be slapped with a 6.17 percent excise, so, too, would be the poor Joes and Janes and Marks and Marys who have decidedly smaller profit margins than their suppliers. For 2007, that would be a $346 billion pool of money just begging to be taxed by Rendell, Wolf & Soakem Inc.

By the way, those “staggering” and “ungodly” Big Oil profits that Rendell gets all exercised over average about 10 cents for every dollar of sales. Will he next go after, say, PNC Financial Services Group, which has profits of more than twice that amount per dollar of sales• Not Rendell — he and local governments have molested taxpayers’ pockets for a nearly $50 million subsidy to help PNC build a new Pittsburgh skyscraper.

Not only was Tom Wolf not very convincing in his defense of theft by government in his appearance before the Senate committee, his ignorance of human action and economic behavior was astounding. Company shareholders would absorb the extra cost of the higher government touch, he said; companies that pull out of Pennsylvania because of the tax would be replaced posthaste.

No they won’t and no they won’t. Enacting a policy that only makes worse an existing bad business climate is like hanging signs on your borders reading “Welcome to Pennsylvania. Closed for business.”

Well, that pretty much suns it up, doesn’t it? Now, Tom Wolf wants to try it all again with a severance tax on drillers, he says, so they pay “their fair share,” of course. He apparently hasn’t considered the fact a severance tax also has to be uniform. A severance tax imposed only on oil and gas would be like a bridge weight limit applied only to water trucks.

Worst of all, he knew as far back as 2007 a tax targeted at selective businesses isn’t Constitutional, yet he wants to do exactly that now in the form of a severance tax on oil and gas that will also get passed onto consumers, and landowners in particular. The more things change, the more they stay the same.