Tom Wolf is giving Kimberly-Clark $6 million of our money to create a gas power plant on the Delaware but he doesn’t want us to frack anywhere near the Delaware!

In early 2013, the Proctor & Gamble manufacturing plant in Wyoming County (northeastern PA) began generating 100% of its own energy needs thanks to the Marcellus Shale beneath plant property. The plant, which manufactures Pampers and Luvs diapers and Charmin toilet tissue, uses a LOT of electricity and natural gas. They built their own gas-fired electric plant and began generating all of their own electricity–enough electricity to power 40,000 homes! 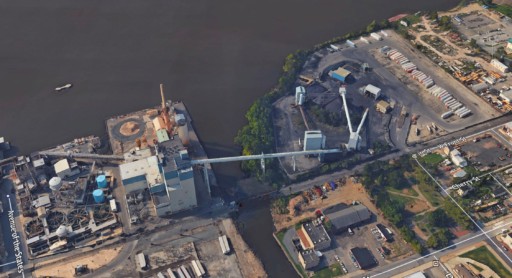 Fast forward to today. P&G competitor Kimberly Clark has just announced that it too will build a gas-fired electric plant, in Delaware County (near Philadelphia), to power its plant that manufactures Scott 1000 toilet paper. What is it about toilet paper and gas? Kimberly Clark is getting a $6 million grant from PA toward the $150 million project. Make way for another new major customer for PA’s Marcellus fracked gas.

From the Philadelphia Inquirer:

Confirming a future for a century-old plant whose fate had been in doubt, Kimberly-Clark Corp. said Friday it will invest more than $150 million in its Chester mill, which makes Scott 1000 toilet paper.

The plant, once the flagship mill of Philadelphia’s former Scott Paper Co., employs around 600, said spokeswoman Julia Bonner. Hourly workers are members of the United Steelworkers Union. The workforce is down from more than 800 in 2011 amid cost-cutting as Kimberly-Clark sought to make its commodity products “more efficient,” Bonner said. She added that the improvements won’t affect future job levels.

The money will go to replace Kimberly-Clark’s coal-fired power plant over the next three years “with a more econ-friendly and efficient natural gas-fired plant,” the Dallas-based paper company said in a statement. Kimberly-Clark has been updating its U.S. plants, said Adrian Poretti, vice president of supply chain.

Sweetening the deal is a $6 million matching grant from Pennsylvania’s Redevelopment Assistance Capital Program (RACP), which the Wolf administration disclosed in December 2017 under the name “Jericho 1,” leaving local politicians to take credit for the money going to Kimberly-Clark. The company confirmed Friday that the grant will go to its power plant replacement project and other improvements.

Kimberly-Clark earned after-tax profits of over $3 billion last year, on sales of $18 buillion.

Would Kimberly-Clark have closed the plant without $6 million from taxpayers? “We understand the speculation as a result of our Global Restructuring Plan, but as a matter of practice, we do not comment on rumors and speculation,” said spokeswoman Bonner.

Kimberly-Clark, which also makes Huggies diapers, Kotex tampons, and other products, has been updating its U.S. plants at the same time it’s been shaving a half-billion dollars from its yearly spending by cutting materials, energy, and administration costs, chief financial officer Maria Henry told investors in the company’s midyear conference call in July. “We will continue hitting the cost structure hard,” but “we are not reducing the fundamental investment in our business,” and plan to add new products over the next year. 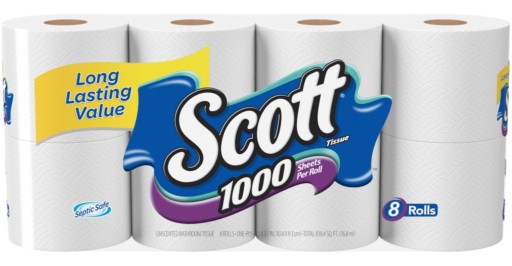 From The Delaware County Daily Times:

Kimberly Clark plans to invest $150 million in its Chester site in transforming its co-generation power plant from a coal-fired one into one fueled by natural gas.

The Chester mill employs more than 800 people in a 1.8-million-square-foot facility on the 61.5-acre campus. There, they primarily manufacture the Scott 1000 toilet paper for North America.

Seven years ago, the company was restructuring other pulp manufacturing facilities and Chester was not included in those plans. Now, company officials have included Chester among those to undergo capital investments, including the three-year project of replacing the co-generation power plant.

“Kimberly-Clark continues to fulfill its commitment to reinvesting in our U.S. business,” said Adrian Poretti, vice president of Supply Chain for Kimberly-Clark North America, said. “So far this year, we’ve announced investments in three of our North American mills, including here in Chester, making improvements to support our overall growth.”

Kimberly-Clark is spending much of this $150 million to replace the on-site coal-fired co-generation power plant with one that is natural gas-fired. Company officials say the natural gas-fueled plant will be more environmentally friendly and efficient.

Company representatives said other on-site infrastructure improvements will be completed through this investment.

“(W)e knew that the Kimberly-Clark project would be a tremendous help to the city and to them,” he said. “We have been working with (Kimberly-Clark) on this proposal for quite some time.”

The mayor said the administration is aware of the impact that economic partnerships like this one can have on a community.

Kirkland said city officials saw this as an opportunity with Kimberly-Clark.

“We petitioned the state to reallocate that money to this project with Kimberly-Clark,” he said. “That’s going to be job opportunities for our community.”

He said generation after generation of local families have been hired and are employed at Kimberly-Clark.

Of their relationship with the city, Kirkland said, “They’ve been a great partner.”

Local legislators were pleased with this announcement.

“We are tremendously grateful to Kimberly-Clark for making such a substantial investment in our state,” said state Sen. Tom Killion, R-9 of Middletown. “Pennsylvania is fortunate that this great company is working to protect jobs and the environment.”

“Kimberly-Clark plays a vital business role in our community and I am excited about this project – cleaner air and an overall positive partnership that continues to move the city of Chester in the right direction,” he said.

With a 146-year-old history, Kimberly-Clark’s products can be found in more than 175 countries. Brands they manufacture include Huggies, Kleenex, Scott, Kotex, Cottonelle, Depend, Pull-Ups and GoodNites.

The company has a long history in the city back to when Irving Scott of Swarthmore and his brother Clarence bought an abandoned riverfront property in Chester for $85,000 more than a century ago.

After their purchase, the Scotts installed a high-speed Fourdrinier paper-making machine. At one point, the plant employed more than 2,800 workers and manufactured more than 12 different products.

In the 1980’s, the plant was threatened with closure, but was saved by hundreds of union workers who agreed to forego previously bargained raises for two years. Then, former Scott CEO Albert J. “Chainsaw” Dunlap eliminated a few hundred jobs at the site, as part of his company’s global reduction of 11,000 employees.

In 1995, Kimberly-Clark acquired the company.

Editor’s Note: Shortly after our buddy Jim put this story up on his wonderful Marcellus Drilling News site (a daily must-read), a loyal reader wrote to exclaim her shock that Tom Wolf would throw money at a private company to convert a coal plant right on the Delaware to gas, which is wonderful thing, but won’t allow us to develop our natural gas resources anywhere in the watershed. Tom Wolf is a shameless hypocrite, of course. More than that, though, he is a craven politician who is simply putting Chester County voters’ interests before ours. Like Andrew Corruotocrat Cuomo, he is writing off certain rural areas of his state to appease urban voters and their special interests. What a con man and a fraud!

4 thoughts on “Message to Tom Wolf: $6 Million for a Gas Plant on the Delaware, But You Don’t Want Us to Frack?”