Countries all around the world are cutting renewable energy subsidies. They’re no longer affordable and investment is slowing; wind and solar don’t cut it. Countries are investing less because renewable projects are heavily dependent upon subsidies that are being cut as countries face rising electricity prices and large subsidy bills. Residential electricity prices are twice the U.S. price in Spain and three times the U.S. price in Denmark and Germany—countries that subsidized renewable investment early on. Their electric customers are suffering under heavy utility bills despite renewable energy supplying 30 to 60 percent of their electricity.

While China spent $133 billion on renewable energy technologies in 2017, the country has yet to determine a mechanism to collect the subsidies that has caused the price increases in Spain, Germany, and Denmark. Chinese state-owned developers and investors are building renewables assuming the government will find a way to pay the subsidies owed them.

The Chinese government has been working to control the solar boom by curbing utility-scale projects built outside of allocated quotas. As a result, energy-intensive companies are building solar in industrial parks to cover some of their own demand and reduce their operating costs.

These policies created huge investment in renewable energy. Between 2004 and 2011, global renewable energy investment increased 26.7 percent annually. At the end of 2012, over 200,000 wind turbines were operating around the world and Germany had over one million solar rooftop installations as part of their energy transformation (Energiewende) movement.

For example, German consumers pay an EEG levy in their electric bills, totaling €25 billion ($31 billion) a year. It is estimated that by 2040, cumulative renewable subsidies paid by German consumers will reach one trillion euros ($1.25 trillion).

Some countries such as Spain began cutting their renewable subsidies as early as 2010. Other countries that have reduced their subsidies or mandates include Bulgaria, the Czech Republic, Germany, Greece, Italy, Netherlands, and the United Kingdom. Bulgaria, Greece, and Spain made retroactive cuts to their feed-in-tariffs.

Germany cut feed-in tariff subsidies by 75 percent for new rooftop solar installations because non-solar customers were subsidizing solar customers and other renewable generation. Germany also levied grid fees on residential solar owners to update and expand grid infrastructure, both for transmission lines and distribution grids, as well as for smart metering and technologies to support advanced strategies such as virtual power plants.

In 2015, the UK government suspended all new subsidies for onshore wind farms and reduced subsidies for residential solar installations, resulting in a drop in investment in both 2016 and 2017. 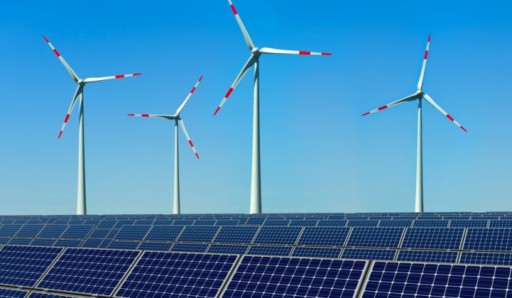 Renewables Are a Small Fraction of Global Energy

Advocates, who believe that wind and solar can account for 100 percent of our energy needs, need to face reality. How much more investment needs to be spent before they realize that the world needs more stable sources of supply that can operate on a 24/7 basis and not just when the sun shines and the wind blows? One thought on “We Told You: Renewable Energy Subsidies No Longer Affordable”