Toby Rice, the young, hard-charging guy who just won a war to take over EQT, the nation’s largest natural gas producer, wanted to drill in the DRBC region.

Toby Rice is set to become the new CEO of the largest natural gas producer in the United States. He’s a fascinating fellow and wanted to drill the land my neighbors and I wanted to lease back in 2008. He was then a 26 year old kid with a background in oil and gas. He had just formed Rice Energy, which subsequently led to the acquisition of 250,000 acres of Appalachian shale fields, a merger with EQT and finally the takeover of that company via a proxy fight. Back in 2008, though, he had his eyes on Wayne County, in the Delaware River Basin. If only… 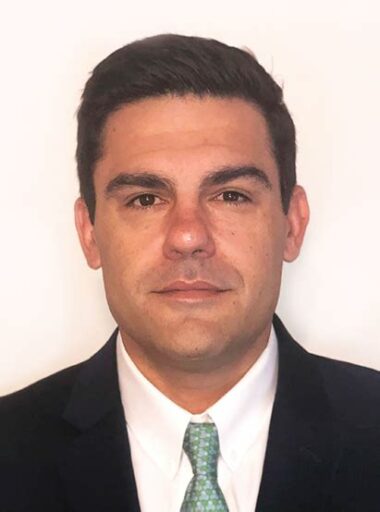 I say “if only” because, in retrospect, Toby Rice was exactly what we needed to shake things up. Had we dealt with him, we would have been drilling long ago. Let me explain.

During 2007 and 2008, gas companies had discovered our corner of Pennsylvania and adjoining areas of New York, Several were sending out land men to sign up landowners. Groups of landowners were also forming to negotiate with the companies. A good friend of mine and I had assembled 5,000 acres or so among friends and relatives in the Damascus Township area of Wayne County. We were nothing more than an ad hoc group looking for the best deal.

We developed a lease addendum giving us the protections we thought were necessary and sent out a request for proposals to a couple dozen companies. We received three proposals and one of them, which came through another friend, was from Toby Rice. He wrote to me on March 16, 2008, in fact, offering the following:

I feel that it is important for you to understand how Rice Energy differs from these larger companies (that will bid on these terms) with respect to the following facts:

•  Rice Energy is not creating a “land bank” to please shareholders.

•  We are enthusiastic about commencing drilling operations within our leasehold areas as soon as possible.

On that note, here are my final thoughts: if you truly believe in playing the upside and achieving the high bonus and royalty (that you expect & deserve) then I would be interested constructing a proposal that includes some type of drilling commitment which would earn the option for Rice Energy to acquire your acreage at a bonus price that is much higher than what you could ever ask for today with undrilled land. This type of arrangement would allow me to pay your group a significantly higher bonus payment up front and also allow you to lease to a company that will not dilute your acreage-this translates to Rice Energy focusing on developing your property at a rapid pace, ultimately paying greater royalty payments sooner.

That was followed by an unusual but innovative offer to lease for a 30-month primary term in return for a $200/acre bonus, 1/8 royalty but with a guarantee to drill Marcellus and promise to pay $1,500/acre and a 16% royalty for a six year extension term. Toby Rice, in other words, was asking us to be his partner in exploring and, assuming success, was promising to pay a healthy rent thereafter. He even came to Honesdale to present it. It was an “on the come” deal, but it came with two extremely important caveats; a commitment to put all the lease extension bonus payments in escrow and the guarantee to drill within 30 months.

There are three aspects to Toby Rice’s offer that make me, looking back, regret our group decided not to take his offer.

First, Toby Rice was already partnered with the Ross Smith Energy Group (now RS Energy Group), one of the architects of the shale revolution. The fact they thought Wayne County was worth exploring in 2008 puts the lie to recent DRBC propaganda about their being no gas here.

Secondly, the very real money Toby Rice was willing to escrow for purposes of future lease bonus payments and drilling was another sign of the real honest to goodness potential of our acreage and the commitment to our area by Rice Energy.

Thirdly, and most importantly, can there be any doubt now there is no more tenacious entrepreneur than Toby Rice, the man who in a mere 11 years ascended to the leadership of the nation’s largest natural gas producer? The answer is obvious. We and other Wayne Countians chose to go with companies experienced with oil and gas, but very much inexperienced in the tumultuous political ways of the Northeast.

We chose companies who played by the old rules of letting the bureaucracy beat you up a little so you could get your way in the end. Patience was their formula and they had lots of it because they had lots of acreage in lots of places. That formula doesn’t work in the Northeast where “eat or be eaten” is the rule and nothing is as it seems. One has to be aggressive and a risk-taker.

The Delaware Povertykeeper and gang completely outfitted the traditional oil and gas companies. They had Carol Collier, the DRBC Executive Director, totally in their pocket. But Collier would have been no match for Toby Rice and neither would Steve Tambini. Rice would have filed a Federal lawsuit at the first sign of DRBC hesitance, hired the very best lawyers and backed the DRBC into a corner where it couldn’t play games.