The Snyder Farm Group consisting of five Tioga County landowners along with Tioga Energy Partners, LLC, (TEP) a New York based operator, announced in July, 2015, they had filed an application for a permit to drill a horizontal gas well into the Marcellus Shale and, instead of water, proposed to use liquefied propane to complete the well. Back in May, 2017, I wrote “Evidently, the Department of Environmental Conservation [DEC] has been reviewing the application very, very closely.” As it turns out, “very, very closely” was a gross understatement.

Based upon the DEC staff’s review of the hundreds of pages of documents submitted, a Notice of Incomplete Application (the “NOIA”) was issued in April 2016. While the title seems ominous, experienced lawyers say this was actually a very good thing. In short, the DEC issues the publicly available NOIA which specifically identifies any additional items required before the application process can continue. The additional NOIA information requested was very extensive, full of highly detailed and unusual requests and took more than a year for TEP to fully comply with.

In August 2017, TEP submitted its response for the additional information. The DEC then issued a second NOIA in October 2017 with a few remaining questions and comments. No new studies were requested or required. TEP provided its response only a little over two weeks later. Minor additional information requested by DEC was also subsequently provided.

Since February 2018, the DEC has not requested any additional information from TEP. However, the DEC has also not provided any substantive response to TEP’s response to the 2nd NOIA, nor has the DEC initiated any communication with TEP.

In April 2018, TEP contacted DEC for an update on the applications. This was the first of at least twelve separate written inquiries to the DEC on the status of TEP’s applications between then and July 2018. The DEC has not provided a list of any additional information it believes is needed to complete its review of the applications. In fact, despite repeated requests, the DEC has not provided even a timeframe when it may know the timeframe within which it might answer TEP’s questions. 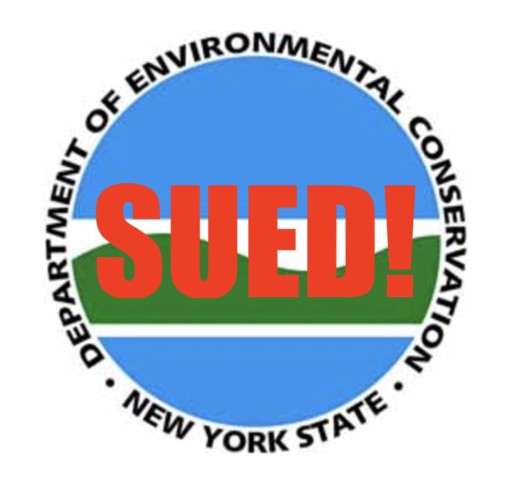 Having no response from the DEC for over eight months, TEP has had enough. On October 23, 2018, TEP filed a “Verified Petition” in the Supreme Court of the State of New York, County of Albany demanding the Department and Commissioner Basil Seggos set a date for a hearing on TEP’s applications no later than fifteen days after the date of the Order of the Court, to provide notice of such hearing, to actually hold the hearing and to direct the DEC to “expeditiously process” TEP’s applications as mandated by New York law.

I will report on the outcome of TEP’s legal actions in a future article. In the meantime, you may enjoy reading an article, published in the April 2017 issue of the Buffalo Law Review, entitled “Hey New York, You Can Frack: An Examination of How Liquefied Petroleum Gas Sidesteps New York’s Fracking Ban to Provide a Legal and Practical Approach for Horizontal Drilling In New York’s Marcellus Shale.”

At the time of writing, Kelsey Hanson, the author of that article, was a third year law student at the University of Buffalo School of Law. Kelsey argues why LPG should be approved under current law. Yes, she’s discussing the very same propane we all use in our BBQ grills at home. Until New York has a different Governor and the fracking ban is reversed, these applications for LPG fracturing are our last remaining hope for developing our natural gas resources for the economically struggling Southern Tier region of New York.