A recent article in NJ Spotlight may well be the greatest renewables story told and it’s narrated by a journal given to knee-jerk support of renewables.

NJ Spotlight is financed, in large part, by the William Penn Foundation and routinely carries water for Foundation shills such as the Delaware Povertykeeper a/k/a Riverkeeper. I’ve been harshly critical, in fact, of some of its reporting. Nevertheless, I think they may just published the greatest renewables story I’ve ever read. By that, I mean the article tells the unvarnished truth. Moreover, because it comes from a source given to naturally supporting the politically correct version of the renewables story, it exudes credibility.

The renewables story I’m talking about has the innocuous title of “New Guidelines for Financing Solar Installations in NJ — But Few Details Yet.” That’s about as exciting as knocking down cobwebs. The story itself, though, exposes every absurdity of the whole “green energy” narrative. Take this, for example, emphasis added:

Despite ranking as one of the most successful solar programs in the nation — more than 100,000 solar arrays have been installed in New Jersey — it has long been faulted as too expensive to utility ratepayers who subsidize it. The sector employs more than 7,000 people in the state, with an investment topping $10 billion.

Worried that rising costs of solar would hinder development of other clean-energy technologies, Gov. Phil Murphy signed a bill last spring to scrap the current system for financing solar and place a cap on future expenses to ratepayers. Over the past decade, those costs have exceeded $2.8 billion and continue to rise.

Right off the bat, we learn the cost per solar array has been as much as $100,000 and the subsidy expenses to other ratepayers and taxpayers for these systems has been a minimum of 28%, not including the indirect costs of producing energy when it’s not needed which decreases the efficiency of baseload systems required for when the sun doesn’t shine, indirect costs which are enormous. The total costs are now so humongous, in fact, even Phil “Panderbear” Murphy has had to say “whoa.”

The problem, of course, is that no amount of tinkering with these subsidies will allow the solar boondoggle to continue. If the subsidies are unaffordable then solar development is going to shrink drastically, perhaps to nothing:

In a straw proposal, or draft plan, issued by the New Jersey Board of Public Utilities over the holidays, the state gave the industry general principles and guidelines on how it will shut down the existing program, transition to an interim system, and eventually move to an entirely new way of promoting solar energy…

The law left it up to the BPU to hammer out when the existing program will end and how the new system will work. Those details have yet to be determined, but the proposal issued last month establishes a framework that gives state officials and industry stakeholders more time to come up with a new interim program and successor program.,,

One key issue determined by the BPU is defining when the existing program will end. According to the straw proposal, the current financing system, dubbed SRECs (solar renewable energy certificates), would end when 5.1 percent of the kilowatt hours sold in the state is generated by solar arrays.

For projects already in the pipeline, that deadline could be reached in the first half of 2020. After that any new projects in the pipeline that are not yet operating would need to be funded by yet-to-be-determined incentives in either an interim transition program or a successor program.

That poses a potential critical problem. If developers do not know where they will get new financial incentives to build solar systems, banks will not provide the financing for new installations, developers say. And that could lead to layoffs within the industry…

“The cleanest and easiest form is to continue an SREC incentive structure,’’ agreed Thomas Lynch, executive vice president of KDC Solar LLC. “The challenge is in the details.’’ 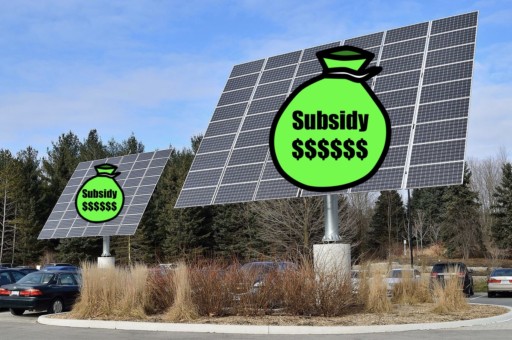 Whatever the details are, the next program has to be roughly equivalent in value to the existing program…

More problematic, others say, is the board’s intention to comply with a cost cap embedded in the new clean-energy law. The cap requires the state to achieve 50 percent renewable energy by 2030 while not increasing energy costs to consumers by more than 7 percent initially and eventually by 9 percent.

Once the state shutters the SREC program, some fear there will be no room left to develop new incentives for the sector to build new solar, according to Jeff Tittel, director of the New Jersey Sierra Club. “It’s a slow-moving train wreck,’’ he said…

“Without knowing they will be getting SRECs and what the new value of incentives will be, I don’t see anyone doing any Community Solar,’’ said Michael Flett, who runs an exchange that trades SRECs.

Here in the few paragraphs above is the cold hard truth about New Jersey solar, delivered by no less an authority than the Sierra Club’s Jumpin’ Jeff Tittel. It’s a complete “train wreck” without massive subsidies equal to as much as a 9% rate increase added onto other ratepayers’ electric bills just to reach 5.1% of electricity being generated by solar. The end of this madness is inevitable, of course, and the request for “more time” is but a plea for a temporary reprieve to allow the scammers a bit more time fleece those ratepayers. It couldn’t be more clear and that’s why this may be the greatest renewables story ever told.

If there were  ever a better case for burying the skunk and getting on with the PennEast Pipeline and similar projects, this is it.