Sustainable Medina County is trying to con $15,000 out of Medina, Ohio to pay for a Southwest Pennsylvania Environmental Health Project air quality study.

When a junk law and a junk science outfit get together to pursue a political agenda, the only possible result is a con job. It appears that’s exactly what court-sanctioned extremist Attorney Tom Linzey and Raina Rippel, a community organizer and faux health expert, are trying to pull off in Medina County, Ohio. Sustainable Medina County, a front group for Linzey’s anarchist-revolution-advocating Community Environmental Legal Defense Fund (CELDF) is asking the City of Medina for $15,000 to conduct a “study” to be conducted by Raina’s patently junk science outfit known as the Southwest Pennsylvania Environmental Health Project. 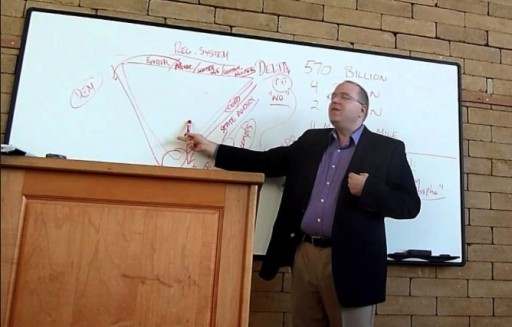 Tom Linzey pontificating on his extremist plan to throw out the Constitution, create “rights of nature” and put himself in charge

We’ve extensively covered the CELDF here. It is an extremist revolutionary precisely preaching arguing for anarchy as the route to some sort of Marxism under which its leader, Tom Linzey, a spoiled trust-funder type who’s never had a real job, would get decide things for all of us as the legal representative of rocks, rivers and rats.

Sustainable Medina County puts the CELDF at the top of the heap among its allies and, by ignoring just how extreme the latter is, indicts itself as well. Tom Linzey, in fact, tells communities they would do well to bankrupt themselves in support of his Marxist revolution:

“…if a town goes bankrupt trying to defend one of our ordinances, well, perhaps that’s exactly what is needed to trigger a national movement.”

There’s also the fact Linzey and a CELDF cohort have recently been sanctioned and ordered  to pay $52,000 by Federal District Court Judge Susan Paradise Baxter, who stated the following (“emphasis added):

This Court has determined that Attorneys Linzey and Dunne have pursued certain claims and defenses in bad faith. Based upon prior CELDF litigation, each was on notice of the legal implausibility of arguments previously advanced as to: (1) the purported invalidity of corporate rights; (2) the identification of a regulated corporation as a “state actor”; (3) community self-governance as a justification for striking or limiting long-standing constitutional rights, federal and state laws, and regulations; and, (4) the purported invalidity of “Dillon’s Rule” to the extent it applies to limit a municipality’s ability to enact ordinances in conflict with state and federal law. Despite their own prior litigation, CELDF and Attorney Linzey, in particular, continue to advance discredited arguments as a basis for CELDF’s ill-conceived and sponsored CBR, and in so doing have vexatiously multiplied the litigation of this matter…

If Aesop was correct that “a man is known by the company he keeps” then Sustainable Medina County has chosen very, very poorly and the Medina City Council will not wish to keep company with the group.

But, that’s only half the problem. The other half is the Southwest Pennsylvania Environmental Health Project, a premier junk science outfit I wrote about here, noting the following regarding the group, one its “studies” and its leader, Raina Rippel:

The Southwest Pennsylvania Environmental Health Project is no objective research organization and its recently announced health study isn’t anything of the sort.  Rather, it’s a community organizing project – against natural gas development.

If I issued a research report proclaiming that natural gas development only rarely resulted in cases of methane migration, what do you think the chances are the news media would report the results without mentioning my long-standing role as an advocate  for the industry?

…The Southwest Pennsylvania Environmental Health Project is anything but objective or scientific.  The Project Director is an individual named Raina Rippel…

Rippel, like most of us, has a Facebook page and…“likes”…Marcellus Protest, an organization that describes itself as “an alliance of western PA groups & individuals building a broad movement to stop the destruction of our environment and communities caused by Marcellus Shale gas drilling.”  Then, there are the others, which include…various other anti-gas…sites.  Do these choices not indicate an advocate, rather than a scientist or anything close to an objective researcher?

Facebook isn’t the only source a journalist might have checked out, however.  Rippel is on YouTube with this video displaying her total bias against natural gas development and offering some not so subtle advice to the New Yorker interviewing her not to let it happen there (49:35).  Moreover, her enterprise is funded by the Heinz Endowments, which has been behind numerous anti-gas initiatives throughout the Northeast.

Rippel previously served as Executive Director of the Center for Coalfield Justice, another Heinz-funded industry attack dog and, significantly, the Southwest Pennsylvania Environmental Health Project website describes her as  “trained in community organizing, she holds a Bachelor of Arts in Urban Studies from the University of Pittsburgh.”

This is the Heinz-controlled organization Sustainable Medina County wants taxpayers to fund for purposes of conducting a “Air Monitoring / Health Analysis Project” that would assess “baseline health analyses and also health analyses after said compressor station is in operation.” Its request for the $15,000 then proceeds to engage in scare-mongering by quoting previous Environmental Health Project work, giving away the game; then concludes concludes, with tongue in cheek, that the “information may show [some future] business is not causing harmful emissions as a baseline wlll be established.”

How is one to believe this about a group led by a community organizer who says the Environmental Health Project “has made great strides in pioneering a public health response to shale gas development” but “the scope of the problem, regionally and nationwide, is daunting…and our ability to protect communities nationwide is limited by the resources on hand.” No bias with their junk science, none at all. 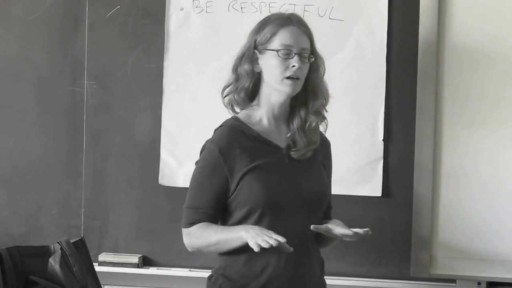 And, junk science it is, as is most of what the Environmental Health Project does, including another bizarre set of outdoor air quality investigations it guided, using volunteers and indoor air quality monitors intended for consumer use. Read all about here to get a sense of how trashy their junk science really is.

Check out, too, their Environmental Public Health Scientist, Dr. David Brown, who I discussed here:

Dr. David Brown is a professional crank. He’s opposed synthetic turf fields, wood furnaces, community beach fire pits and auto touch-up paint, while being engaged in trendy projects such as the Green Village Initiative. He’s also a signer on an overtly political letter to New York Governor Cuomo that was organized by Sandra Steingraber and urged the governor to ban fracking, which, of course, he did seven months later, after the election. (Steingraber was, readers will recall, one of the phony “peer reviewers” of the political “science” used to provide cover for Cuomo.) Brown is, too, an advisory council member to the Park Foundation front PSE Healthy Energy, largely run by fractivist…Tony Ingraffea. He’s no neutral party or independent scientist; he’s an advocate.

So, that’s who’s asking for money from the the City of Medina to conduct a study; a junk law outfit and a junk science outfit. Buyer beware.