The CELDF stuck Mora County, NM with the bill for its radicalism and taxpayers ought to seek recompense from the foundations who funded this corporation.

The Community Environmental Legal Defense Fund (CELDF) “community bill of rights” strategy for fighting fracking just got squashed again – by the people who bought into it less than two years ago. We wrote about a devastating Federal Court decision regarding the Mora County, New Mexico version of the CELDF model ordinance back in January. It left the local law in tatters and reaffirmed most of what we’ve said about the strategy from the beginning. Now, the county that got lured into the CELDF war on corporations by thinking it had the right idea for fighting fracking, has mercifully repealed the ordinance, refusing to dig the hole it’s in any deeper. 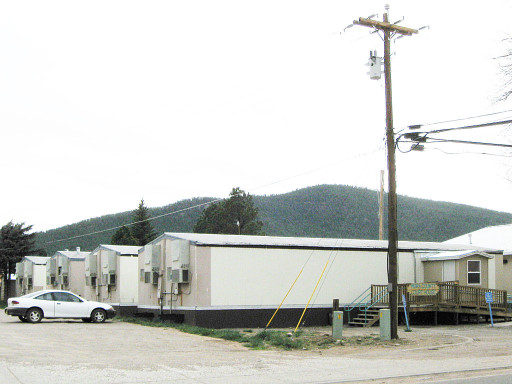 The full story of the repeal (it’s not the first repeal of a CELDF ordinance) may be found in an article in the Albuquerque Journal. Here are a few excerpts (emphasis added):

The Mora County Commission voted unanimously, 3-0, during a special meeting last week to repeal a controversial ordinance aimed at banning hydraulic fracturing, or fracking, in the county.

The Community Rights and Local Self-Governance ordinance, approved by a split vote of the commission in April 2013, drew two federal lawsuits from the oil and gas industry. In one of the suits, filed by Shell Western E&P Inc., the ordinance was ruled invalid on constitutional grounds by a U.S. District Court judge earlier this year.

“I think it was the wrong ordinance,” said George Trujillo, who joined the Mora commission in January after beating former commission chairman John Olivas, the driving force behind the ordinance, in the primary election last year. “I felt it was an unconstitutional ordinance when it was passed.”

Trujillo said another factor in his decision to vote for repeal was the risk that the county would be saddled with more attorney fees going forward.

“We couldn’t afford that,” Trujillo said.

County Attorney Michael Aragon said the parties in the already decided SWEPI lawsuit are currently working to settle attorney fees and court costs in the case.

The other case, brought by the Independent Petroleum Association, is pending in federal magistrate court. “At this point, since the ordinance has been repealed, I think it renders the issue moot,” Aragon said.

Karyn Foster of the Independent Petroleum Association agreed that the county repealing the ordinance could lead to an end of its lawsuit.

“My expectation is that between Judge (James O.) Browning’s decision (in the SWEPI case), as well as the county repealing the ordinance, it will be dismissed,” she said.

Foster said she was pleased that the Mora commission recognized the 2013 ordinance was not going to fly with the courts.

“If they have to pass one, it needs to be balanced and take into consideration property rights and mineral rights. It has to be more thought through. A ban is not going to work,” she said.

Yes, Mora County learned the hard way a “ban is not going to work” but there’s more to the story. The CELDF got no attention in the article and it should have, because the ordinance that got Mora County in so much trouble was their standard model, the same one the CELDF uses to fight water bottlers and any other activity it thinks might provide a foundation for its completely cynical corporate campaign against corporations. 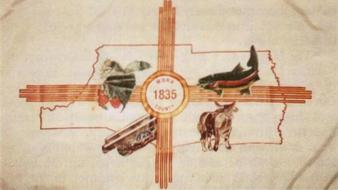 Mora County, unfortunately, was easy prey for the CELDF, as its previous leadership (the folks who enacted this obviously unconstitutional ordinance) was every bit as radical as the  CELDF. Need convincing? Well, visit this Mora County Legal Defense Fund website apparently set up by the county itself (see page 123 of this fiscal year 2014 county audit). You’ll learn “our nation is no longer a Republic, but a fascist police state” and get to see a video of New York’s Sandra “Look at Me, I’m Sandra Dee” Steingraber testifying against fracking in Illinois. Those are the people who invited the CELDF in to wreck havoc and it seems the $16,000 they raised as of June 30 last year must not have ben enough to defend the foolishness they enacted.

Still, this is a poor county and I can forgive them their resentment to a point, although I couldn’t help noticing they got over $66,000 of revenue from oil and gas taxes, which were far lower than they anticipated. Suppose their attitude toward development had anything to do with that? Let’s put that aside, though and focus on the real villains here – the CELDF and its funders.

The CELDF is the contemptible creation of Attorney Thomas Linzey, an extremist with a law license who’s never had a real job doing anything productive other than seducing money from his wealthy enablers for the purpose of enticing naive local officials into adopting his agenda at the risk of municipal bankruptcy. He is a singularly unaccomplished lawyer as well, who claims his multiplicity of losses in the courts are a feature, not a bug. We’ve exposed him many times here and there’s no need to do so again in this instance.

The CELDF enablers are another matter, though. Who are they? Well, it’s the usual suspects, of course. According to its 990 return the CELDF received $880,239 in grants and contributions in 2013. The Colcom Foundation gave CELDF $50,000 of that money. We also know it has previously received money from the Heinz Endowments, the Tides Foundation and its affiliates, the Park Foundation, the Norman Foundation, the Rudolph Steiner Foundation, the Swift Foundation, the McCune Charitable Foundation and the Schwab Charitable Fund (one of those major donor-advised funds wealthy special interests can use to secretly funnel money to causes with which they don’t wish to be identified).

Other 2013 funders include the Common Counsel Foundation, the Jessie Smith Noyes Foundation, the Maki Foundation and, especially, the Wallace Global Fund, which gave the CELDF $225,000. The Wallace Global Fund says its mission is fighting “corporatocracy,” but the curious thing is that virtually all these entities, including the CELDF, are organized as corporations or similar entities for purposes of enjoying tax exemption and the benefits of protection from personal responsibility. They are the epitome of the system they condemn and they are the entities that should be paying Mora County’s legal bills.

The brings me to a recommendation for Mora County’s current crop of elected officials, the ones who had the good sense to reverse course and repeal the CELDF ordinance. I recommend they apply directly to the Wallace Global Fund, the Colcom Foundation and the others for funding to reimburse their taxpayers for the foolishness enabled by these foundations. You can go here to open an account and apply to the Wallace Global Fund. They have roughly $170 million in assets and spend somewhere around $11-13 million per year paying salaries and funding far left activities, which is 5-6 times Mora County’s entire budget, so they shouldn’t miss the money. Giving it to a county with Mora’s political inclinations ought to warm their hearts anyway. It’s only fair, after all; Wallace funded the making of the mess – they’ll surely want to help clean it up. They have a big heart and I’m sure they’ll understand.

If that doesn’t work, Mora County should try the Colcom Foundation. It has over $418 million in assets and you can start the application process here. Bear in mind, though, you’ll need to be careful with your words as their mission is as follows:

The Foundation supports efforts to significantly reduce immigration levels in the U.S., recognizing that population growth in America is fueled primarily by mass immigration.

I’m not a fan of illegal immigration either, but this groups hates all immigrants and thinks the earth is more important than the people who live on it which is why they’re obsessed with a population problem that doesn’t exist. Their goal is to keep you poor so you don’t grow, which they imagine will ensure the world they live in stays beautiful. Choose your words wisely and emphasize how you want to stay small and “sustainable.” They’ll love it and if you say you want to build on the fine work of the CELDF, you’re on the way.

5 thoughts on “The Sun Rises on New Mexico, But Sets on CELDF”