Testimony given in Congress the other day addressed the impossible expectations of new technology behind the Green New Deal. It won’t work; it can’t work.

Mark Mills is a Faculty Fellow at the McCormick School of Engineering at Northwestern University. He’s also a Senior Fellow with the Manhattan Institute and recently testified before the U.S. House of Representatives Subcommittee on Energy (part of the House Science, Space, and Technology Committee). He has written an article for Forbes summarizing his testimony that may be found here, but his full testimony is worth reading. It destroys the fundamental premise of the Green New Deal; that it can be done at all. 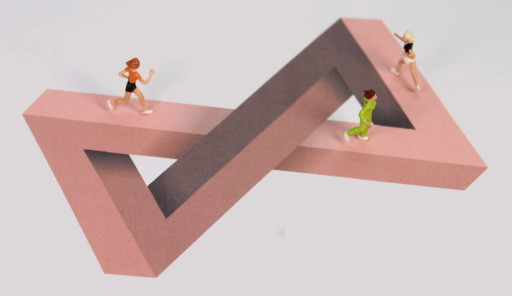 The impossible Green New Deal – no amount of running, subsidies or dreaming of making the impossible possible will allow it to catch up with the physics.

You can watch the Mills testimony here starting 41:50, but the main points that caught my attention are as follows (emphasis added):

As is well known by this Committee, roughly 85% of global energy comes from oil, coal and natural gas. Traditional metrics are inadequate to visualize the magnitude of hydrocarbons our digitally infused industrial society requires. But, for context on the scale challenge, consider that if global hydrocarbons were all produced as oil and stacked up in a row of barrels, that row would stretch from Washington D.C. to Los Angeles, and would grow in height by a Washington monument every single week.

That’s today’s state of affairs, and that challenge is expanding. When, not if, the world’s poorest four billion people increase their energy use to a mere 15% of the per capita level of developed economies, global energy use will rise by an amount equal to adding an entire U.S.A.’s worth of demand. Meanwhile, in the developed nations, we can illuminate the scale challenge looking at just two fast-growing sectors: every $1 billion of commercial airlines put into service leads to some $2 billion in aviation fuel consumed over one decade. Similarly, every $1 billion spent building data-centers leads to $2 billion in electricity use over a decade. The world is buying both at a rate north of $50 billion a year.

We already know how challenging it is to find any means, never mind practical ones, for making “transformational” changes at these scales. Over the past two decades, the world has spent more than $2 trillion on non-hydrocarbon energy alternatives; meanwhile hydrocarbon use has risen nearly 1.5-fold and hydrocarbon’s share of global energy supply has decreased by only a few percentage points.

These realities are what likely motivated Bill Gates – who has given serious thought and significant capital to energy innovation — to recently state that “there is no [energy] substitute for how the industrial economy runs today.”

The scale challenge commonly elicits the proposition that a solution can be found by embracing the spirit of the Apollo program: “If we can put a man on the moon, surely we can [and we can fill in the blank with any aspirational goal].” This popular rhetorical analogy is in fact a profound category error. Transforming the energy economy is not like putting a dozen people on the moon a handful of times. It is like putting all of humanity on the moon —permanently. To do the latter would require science and engineering that doesn’t exist today.

But in the decades since Apollo, we’ve seen another, far bigger engineering revolution that has also inspired a similar trope. This is of course the computing-communications revolution – often short-formed as simply, Moore’s Law.

It has become a cliché to observe that smartphones are not just far cheaper but also far more powerful than a room-sized IBM mainframe from 30 years ago. Invoking the Moore’s Law analogy, the International Monetary Fund, to name only one example, asserts in it’s “Riding the Energy Transition” manifesto: “Smartphone substitution seemed no more imminent in the early 2000s than large-scale energy substitution seems today.”

But this analogy is also based on a category error. A similar transformation in how energy is produced or stored isn’t just unlikely, it can’t happen with the physics we know today. In the world of people, cars, planes, and large-scale industrial systems, increasing speed or carrying capacity causes hardware to expand, not shrink. The energy needed to move a ton of people, heat a ton of steel or silicon, or grow a ton of food is determined by properties of nature whose boundaries are set by laws of gravity, inertia, friction, mass, and thermodynamics.

In order to illustrate how far from reality this kind of thinking is, consider that if combustion engines, for example, could achieve Moore’s Law scaling, a car engine would generate a thousand-fold more horsepower and shrink to the size of an ant. With such an engine, a car could actually fly, very fast.

Or, if photovoltaics scaled that way, a single ant-sized solar array would power an entire office building. Similarly, if batteries scaled like computing, a battery the size of a book, costing less than a dime, could power an A380 to Asia.

But, only in comic books, does the physics of energy production work like that. In our universe, power scales the other way. The challenge in storing and processing information using the smallest possible amount of energy is distinct from the challenge of producing energy, or moving or reshaping physical objects. The two domains entail different laws of physics.

Of course wind turbines, solar cells, and batteries will yet see useful improvements in cost and performance; so too will drilling rigs and combustion engines. And of course Silicon Valley information technology will bring important, even dramatic efficiency gains in the production and management of energy and physical goods. But the outcomes won’t be as miraculous as the invention of the integrated circuit, nor the discovery of petroleum or nuclear fission.

The point of all this is [that] an “out-of-the-box” energy revolution can only come from discovering new “transformational” science, new phenomenologies that then lead, eventually, to radically new technologies. That can only come from basic research. It won’t come from deploying R&D funds to improve – or subsidize — yesterdays’ technologies. The Internet didn’t emerge from improving the rotary phone, nor the transistor from subsidizing vacuum tubes, nor the automobile from subsidizing railroads. Policies in pursuit of an energy revolution require a focus entirely on basic scientific research.

To be blunt: there is simply no possibility that more federal funding for wind turbines, silicon solar cells or lithium batteries will lead to a “disruptive” 10-fold gain. All those technologies are approaching physics limits, just as aviation engines have. And while one cannot, by definition, predict what kind of entirely new phenomenologies have yet to be discovered, we do know from history that such discoveries do happen. But history also shows that they rarely if ever emerge from directed goal-specific funding.

The Green New Deal, in other words, is impossible as structured. That isn’t to say there won’t be great new technological innovations that change everything, but those aren’t going to happen as a result of massive subsidization of solar and wind energy. No amount of subsidies or corporatism, which is what the Green New Deal is really all about, are going to change the physics. And, there’s this:

15 thoughts on “The Physical Impossibilities of the Green New Deal”