The Paris climate agreement is, if anything, a huge win for natural gas, which is the only thing that can make a meaningful difference in the short term.

The recent Paris Agreement under the United Nations Framework Convention on Climate Change (Paris Agreement) has been heralded as an historic overhaul of global energy policies.  This legally binding agreement will “send a powerful economic signal that fossil fuels will be saddled with financial and legal premiums to remain part of the energy mix, and clean energy will enjoy subsidies.” Per Paul Bledsoe, a climate aide during President Bill Clinton’s administration.  “The strength of the agreement is that it allows a thousand policy flowers to bloom.”  However, if you’re looking for a country specific detailed set of standards, you’re not going to find one. 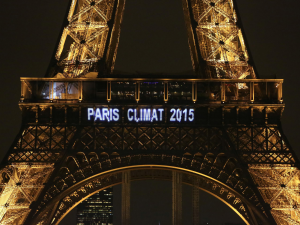 The Agreement does provide for transparency, somewhat.  On the surface, this a significant topic as many developed countries stated that without such reporting, climate action targets are meaningless.  There are loopholes of course.  Article 13.2 states that “The transparency framework shall provide flexibility in the implementation of the provisions of this Article to those developing country parties that need it in the light of their capacities. The modalities, procedures and guidelines referred to in paragraph 13 of this Article shall reflect such flexibility.” Flexibility, of course, is not defined.

In the Agreement, developed countries are obligated to fund $100 billion annually.  This is categorized as a floor since non-developed countries have the ability to provide funding voluntarily.  So far, the Obama administration has requested in its’ annual budget, $1.29 billion for Global Climate Change Initiative.  Canada has requested $2.65 billion between now and 2020.  That comes to $0.53 billion per year.  Assuming these two countries would sign the Agreement, their commitments would total $1.82 billion leaving $98.18 billion remaining to be funded.

Then, there are the options available in the Agreement when a country cannot meet their goals.  The Agreement allows for the “cooperative approaches” to trade emissions obligations, in a decentralized, bilateral way.  Article 6.4 also establishes a “sustainable development mechanism”.  These clauses create the ability for countries to trade emission obligations or for one country to pay another to cut its emissions and have those cuts count towards their own targets.  What happens if a country does not meet their goals?  The Agreement merely states that countries won’t, because basically it will make them look bad.  It is always possible to get out of the Agreement.  After 3 years, countries can provide a one year notice that it is no longer part of the Agreement.

Will this really impact the US? Below is a chart form a US Environmental Protection Agency (EPA) showing the sources of CO2: 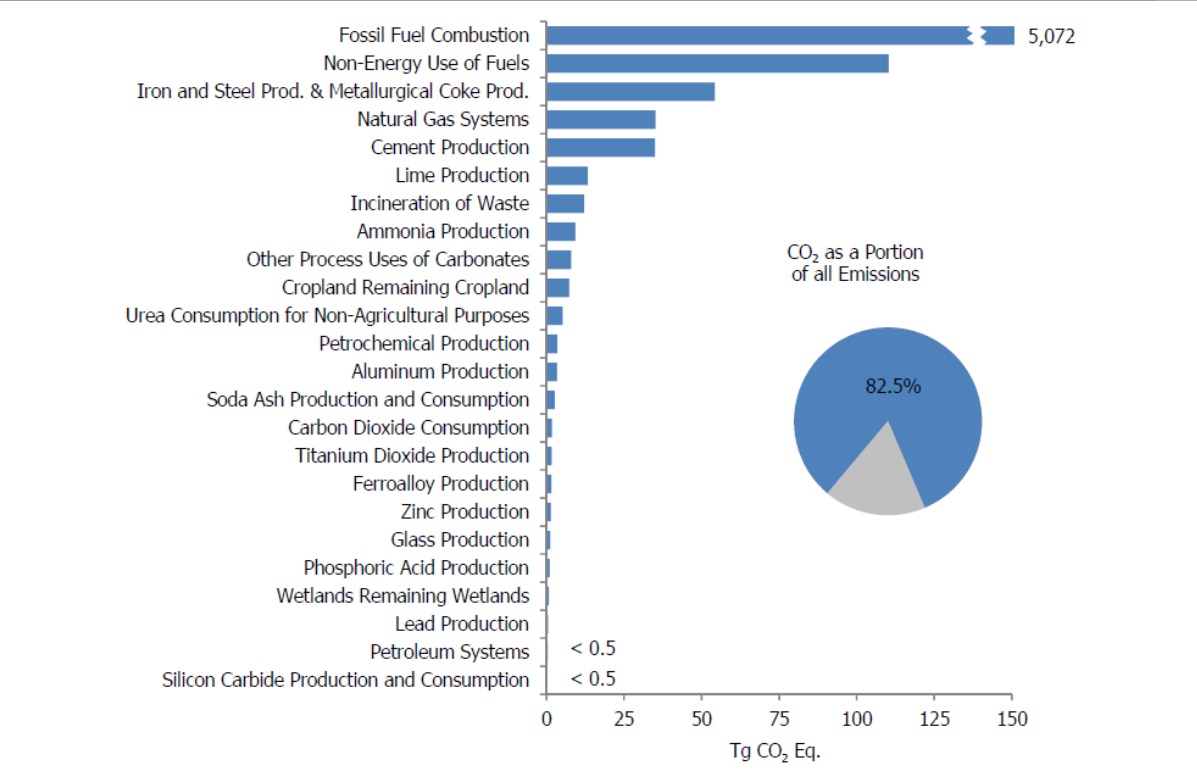 What’s getting lost in the Paris Agreement discussion is the impact natural gas has had on emissions.  According to a Wall Street Journal editorial (1/4/15), overall [methane] missions fell 4.7% between 1990 and 2008 and 6.3% between 2008 and 2012. These are the same years when the U.S. became the world’s natural-gas leader, with production increasing by nearly fourfold since 2008. According to the Energy Information Administration (EIA), since 2005, natural gas has prevented more than one billion metric tons of carbon dioxide from being emitted from power plants in the United States.  During the same time, renewable energy has prevented only 600 million metric tons of carbon dioxide.  EIA also noted that as natural gas fired electricity generation increased, power plant greenhouse gas emissions hit a 27-year low in April 2015.

The oil and gas industry has done its part to clean up its own act.  From the chart above, natural gas systems is the fourth largest emitters of CO2.  EPA data released in April 2015 shows that new oil and natural gas wells increased 7.5% from 2005-2012, while methane emissions from oil and gas systems decreased 11% during that same period. (EPA, 4/14/15)  In addition, a 2015 study found relatively low emissions of methane from major US gas fields. Specifically for the Marcellus, the study found the lowest methane release – 0.18% — 0.41% — of the Haynesville and Fayetteville formations. (Journal of Geophysical Research, 2/18/15).

The benefits of natural gas have already been experienced in the US.  Other countries such as China have taken great efforts in attempting to develop their unconventional resources as they look to US technology and experience.  Time will tell what will happen with the Paris Agreement.  What is known is that natural gas has helped spur economic development and reduced greenhouse gasses.

One thought on “The Paris Climate Agreement – What Happened”