Atlantic Sunrise pipeline opposition is being funded by ultra-hypocritical Lush Cosmetics which uses virtue signaling to sell its products to trendies.

Ding dong; Lush is calling. A British cosmetics company (think UK version of Avon), looking to get bought-and-paid-for publicity here in the states, has donated $22,000 to the anti-Atlantic Sunrise Pipeline group, Lancaster Against Pipelines (LAP). Anti-drilling losers like those in LAP would flare out if not for the backing of companies and Big Green groups with deep pockets. 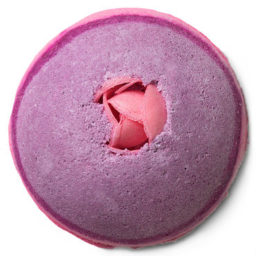 Which cosmetics company did the donating? Fractivist tool StateImpactPA proudly tells us. The name is Lush. You’ve never heard of them and almost certainly have never purchased any of their forgettable products (example to right); which is why they donate money to groups like LAP, to get far more exposure than advertising can buy. There’s enough nutjobs out there that will buy products from companies like Lush to make “donating” money for “causes” to these groups a profitable venture.

Another funder of LAP? The Universal Unitarian Church in Lancaster, which forked over $5,000 of parishioner contributions to LAP. Hello IRS! Will you please investigate the non-profit Universal Unitarian Church for giving money to an overtly political cause? Who else is donating money to the small group of LAP rabble-rousers? Here’s more from the Heinz and Haas family-funded StateImpactPA:


Opponents of the Atlantic Sunrise natural gas pipeline have raised tens of thousands of dollars for a new encampment in Lancaster County, but most of the money is from one source– British cosmetics firm, Lush.

Lancaster Against Pipelines recently received $22,000 through a Lush program called Charity Pot. Grants are intended to support animal protection, the environment, and human rights. “The majority of our funding is allocated to smaller groups who struggle to find funding elsewhere,” the company says on its website.

The green beauty brand markets the Charity Pot as a “philanthropic skin softener” made with fair-trade shea butter. A large jar retails for $27.95. The activists say they were approached by the company to apply for the funding.

The Lush grant makes up about two-thirds of the money the group has raised so far. Lancaster Against Pipelines says it’s also received $3,500 from the Universal Unitarian Church in Lancaster, $5,000 from the Center for Health Environment and Justice, and a few anonymous money orders of $1,000. The group’s GoFundMe page currently has about $6,200.

Last fall the activists built two wooden structures near Conestoga, which they intend to occupy when pipeline construction begins. A few dozen people have been camping and training in nonviolent resistance since mid-February. The site has a food truck, portable toilets, and a large barn being outfitted with electricity and internet.

The encampment emerged shortly after the pipeline was approved by federal regulators last month. A spokesman for Williams, which is building the Atlantic Sunrise, says the company respects people’s right to protest peacefully.

The desperate hope (on the part of the antis) is that Lancaster will become Standing Rock 2, complete with burning tires, filthy camps, spitting and shooting at police officers, etc. Good luck with that. Soon the Atlantic Sunrise Pipeline will be in the ground in Lancaster County, just as the Dakota Access Pipeline is now in the ground near Standing Rock. These anti-fossil fuelers opposed to the Williams Atlantic Sunrise Pipeline project — a $3 billion, 198-mile pipeline running through 10 Pennsylvania counties to connect Marcellus Shale natural gas from PA with the Williams’ Transco pipeline in southern Lancaster County — are using the same (losing) playbook to oppose Atlantic Sunrise as they used to oppose the Dakota Access Pipeline. They claim, falsely, the pipeline will disturb ancient Indian burial grounds and other hogwash about disturbing archaeological sites.

As we’ve previously reported, these antis hope to recreate the disaster of Standing Rock, ND in Lancaster County, PA. Just in case the general reading public is too stupid to understand that Lancaster is the new Standing Rock, they’ve painted “Welcome to the Stand” (channeling Standing Rock) on the side of a barn near where the Atlantic Sunrise Pipeline is due to run. And they openly admit, even trumpet the fact, that “Standing Rock is the playbook” they are using. That is, they seek anarchy and lawlessness as their preferred means to bully other people into doing something they want done.


The Lancaster movement is populated with people who broke the law in North Dakota, and have now come to Lancaster to do the same. Here’s more from StateImpactPA, which is doing all it can to turn its reporting into self-fulfilling prophecy:

As authorities clear out the Dakota Access pipeline protest camp, battles have flared up in other states, including Pennsylvania, which has become a major hub of natural gas development. Anti-pipeline activists recently launched an encampment in Lancaster County, and they’ve been coordinating with groups around the country.

“I’m willing to get arrested”

There’s a big barn with freshly-painted red letters on the side. It reads: “Welcome to the Stand.” Mark Clatterbuck is with the group Lancaster Against Pipelines, which is leading the charge against the Atlantic Sunrise– a recently approved $3 billion pipeline. Once built, it will move natural gas southward through 10 Pennsylvania counties.

“This is a historic tobacco barn that we’re using as the base of operations,” says Clatterbuck. “That’s where we’re storing food donations, camping supplies, tarps.”

The owners this Conestoga Township property refused to make a deal with Williams, the company building the Atlantic Sunrise. Now portions of the farm may now be taken through eminent domain.

So they’ve welcomed in dozens over protesters who built a camp in one of their cornfields. It has a food truck, a large military tent, and a pair of portable toilets. On Saturday, crews were installing power in the barn.

“We’re running electric and we’ll run cable, so we have internet,” says Clatterbuck.

He and others here took part in the Standing Rock protest in North Dakota. They’ve taken lessons from that experience and are rehearsing nonviolent direct action scenarios.

Molly Wallace of Leola says she’s probably too much of a wuss to stay out in a tent overnight, but she wants to make her voice heard.

“I’m willing to get arrested,” she says. “It’s a cause worth getting arrested for.”

“Standing Rock is the playbook”

Activists are taking inspiration from each other. Stephanie Graybill runs the kitchen at the Lancaster encampment — her food truck, the Gypsy Grill, is painted like a cow and fits right in on the farm. She also traveled to North Dakota for the Standing Rock protest last year.

“I was scared because it was so cold,” she says. “I’d never experienced weather like that in my life, and the wind. It was just brutal.”

Now she’s out in the sunshine, on an unseasonably warm winter day with her two daughters—21-month-old Ella and 12-year-old Madi. Graybill says about six people she met at Standing Rock are making their way out to Pennsylvania in the coming weeks.

“I think Standing Rock’s the playbook for camps like ours,” says Graybill. “We’re tired of government pushing us around. They’re supposed to be working for us. Not against us.”

It remains to be seen how this encampment will unfold. At times, violence erupted between law enforcement and the North Dakota protesters. A Florida man was killed by police Sunday after he fired a gun at pipeline construction equipment…

Here’s the news from FOX 43 that the biased PBS StateImpact Pennsylvania won’t report; that Williams has dug 45,000 mini-holes to ensure no Indian (or other) artifacts will get disturbed along the route of the pipeline:

Opponents to the construction of the Atlantic Sunrise Pipeline through parts of Lebanon and Lancaster counties are camping out, in an effort to block construction. It’s the latest move in a nearly three-year fight over the proposed pipeline project.

In February, the Federal Energy Regulatory Commission authorized the expansion of the pipeline, which will carry Marcellus Shale gas from Pennsylvania to other states in the Mid-atlantic and Southeastern U.S. Opponents say the construction of the pipeline will damage Native American burial sites, and ancient archaeological sites, tied to the Susquehannock tribe.

The Oklahoma-based company behind the project, Williams Partners, says it has conducted nearly 45,000 shovel tests to develop a construction path that won’t disturb sensitive areas. Still, demonstrators have set up a camp site in Conestoga Township, in the path of the planned construction.

“We will stand in front of bulldozers if necessary. We will get arrested if that what it calls for,” said Gene Thunderwolf Whisler. “We won’t take violent measures, but we will do what we can all the way up to that point.”

Williams Partners insists it’s gone through all of the proper avenues to secure the permits needed to build the Atlantic Sunrise Pipeline. You can read the company’s full statement, regarding the projected path of the pipeline, below:

“We do not intend to destroy cultural resources or human burials of any age or origin. Throughout the regulatory process for Atlantic Sunrise, Williams has gone above and beyond federal standards when finalizing a route and implementing mitigation measures to minimize impacts in and around sensitive areas. We coordinated with 21 federally recognized tribes and other non-federally-recognized tribes or stakeholders in or near the project to determine locations of cultural significance, including the location of cemeteries and burial grounds. We also worked closely with the Pennsylvania Historic Museum Commission to conduct extensive fieldwork and data recording, especially in the Conestoga area, to ensure that no prehistoric archaeological deposits, eligible to the National Register of Historic Places, exist within the project construction footprint. In fact, we excavated approximately 45,000 shovel tests following state guidelines and developed a construction plan to avoid impacts and ensure potentially sensitive areas are not disturbed. We also made numerous changes to the proposed route, as well as modifications to the project design and construction methodologies, to ensure significant cultural resources are protected.”

Editor’s Note: I’ve reported on Lush before. Like Patagonia, they’re huge hypocrites who have found a way to market their product to trendies. They simply apply the P.T. Barnum theory of suckers, knowing how desperate these spoiled malcontents are to signal their virtues. I also took note of who else Lush has funded recently. Among the multitude of trendy feel-good causes intended to give buyers reasons to puff their chests out and stick their noses in the air is the March To Close All Slaughterhouses. 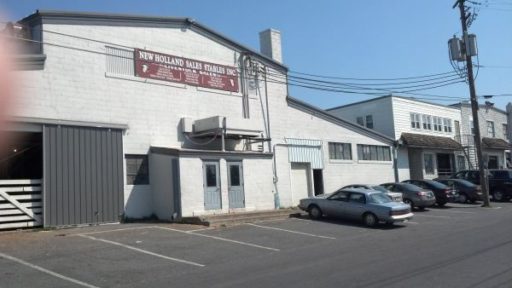 It would be hard to find a cause more adverse to the interests of Lancaster County farmers than this one. The county had livestock product sales totaling $1,213,918,000 in 2012, representing 82% of its agricultural economy. It’s also the location of the famous New Holland Sales Stable (slaughter hogs sold every Monday), among others. You can go there any day to see Amish and Mennonite farmers and others from all over the Northeast bringing in animals to sell. LAP would have the public believe it’s pro-farming but it’s taking the anti-farming devil’s money to fund its fun.

4 thoughts on “The Lushes Behind the Atlantic Sunrise Opposition”